After working for a decade as a nightclub promoter in New York City, Scott Harrison discovered that the pleasures afforded by his lifestyle concealed a deeper lack of meaning. “I made my living getting other people wasted,” he tells The CEO Magazine. “Rarely sober myself, I woke up one day and realised I was spiritually and morally bankrupt. So I asked myself the question: What would the exact opposite of my life look like?”

This moment of reflection prompted a radical change. Quitting his job and his vices, and selling almost all of his possessions, Scott spent the next two years on a humanitarian mission in Liberia, working as a volunteer photojournalist on a hospital ship. On this voyage, Scott’s eyes were opened.

After bearing witness to the horrors of extreme poverty and the deadly effects of dirty water, Scott knew he had a responsibility to do something about what he’d seen. He returned to New York City in 2006, started charity: water, and has seen the charity, in the ensuing 12 years, raise more than US$300 million to fund clean water projects around the world.

Charity: water operates in line with a model that sees 100% of public donations being used for funding. “To make this 100% model work,” Scott explains, “we brought together a small group of visionary investors and entrepreneurs whom we call ‘The Well’.” Made up of 130 individuals and families, The Well provides funds for everything from overheads and staff salaries to postage stamps. It was Scott’s belief in “the power of transparency” that enabled him to form the relationships that sustain the group.

Having released his first book, Thirst: A Story of Redemption, Compassion, and a Mission to Bring Clean Water to the World, in October, Scott draws a comparison between writing the book and building charity: water. “It sometimes felt totally crazy, and at other times like it just wasn’t working,” he recalls. Looking back, he found moments of shame coexisting alongside moments of triumph, and he is grateful for the opportunity to have taken time to reflect on the ride so far.

While the book is partly about his personal road to redemption, it offers more than the tired clichés of redemptive and reformative arcs. “Thirst is not just about the story of one selfish druggie who promoted parties in nightclubs and found virtue and redemption in Africa,” he insists. “I believe it’s much bigger.” Scott acknowledges that many people these days are on an unending quest for purpose, but have trouble learning first to find and then to follow it. “I hope this book encourages people who may feel stuck to summon the courage inside them, to take the leap, and to find passion and purpose in their own lives.”

“Creating impact and finding success go hand in hand – and both must be done with integrity.”

As CEO of charity: water, it is Scott’s responsibility to ensure that the charity stays true to its values, to hire the people who will ensure it continues to work, and to secure the donations that enable ongoing funding of projects. But one of his most important roles, he realised while writing Thirst, involves storytelling. “I spend a huge portion of my time speaking at events and meeting with people all over the world to share stories, hoping those stories ignite action.”

Looking into the future

Now that the charity is truly hitting its straps, having entered its second decade, Scott details the shift in focus that has recently taken place. Where once numbers, like donation totals and the amount of people given access to clean water, were the focus, these days the team is working with a larger and longer-term vision in mind. “We’re learning to run a marathon instead of just sprint,” Scott says. “What impact are we having beyond just people served? How will we continue to reinvent charity and use the lessons we’re learning to serve others who are doing important work? For me, creating impact and finding success go hand in hand – and both must be done with integrity.” 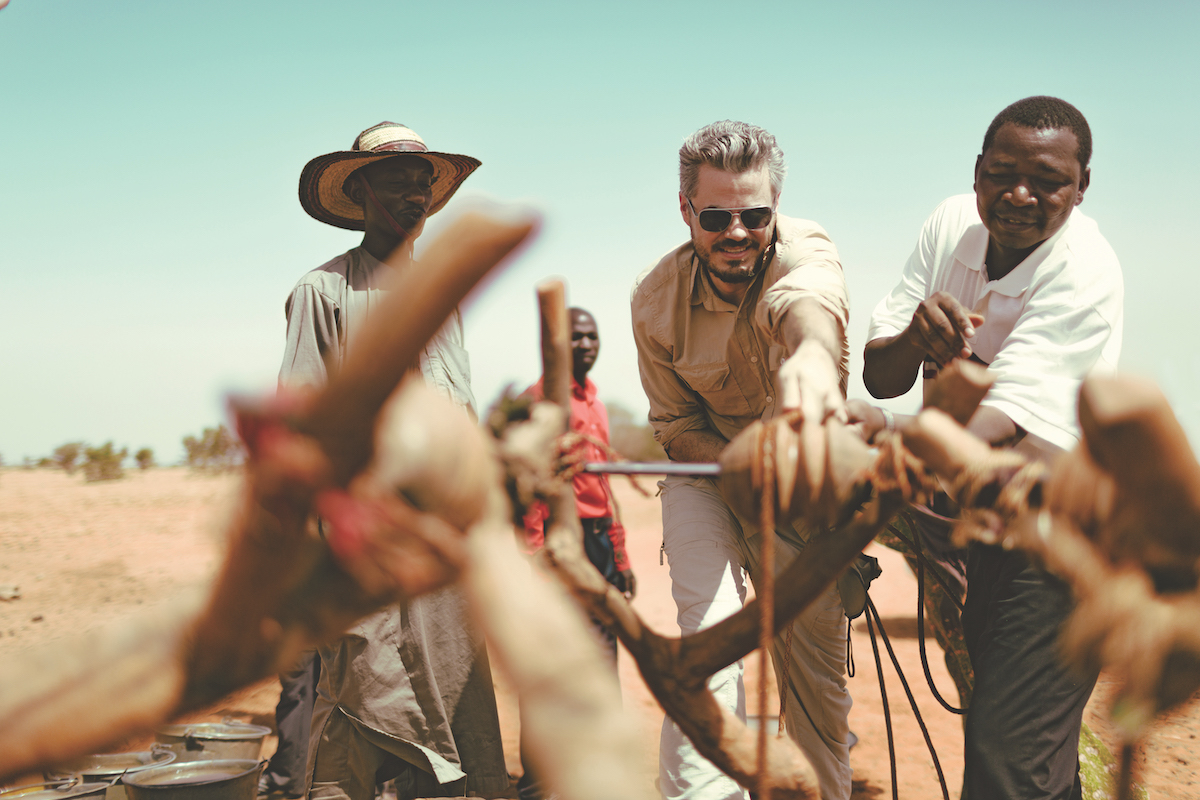 Far from coincidentally, the quality of integrity forms the core of the best piece of advice Scott has so far received. “Integrity is everything,” he maintains. “Put it at the core of all that you do. So much more important than what you do is how you do it.” The impact of this advice can be seen throughout charity: water’s operations, from its dedication to the 100% model to the system whereby the completion of projects is proven through the provision of GPS coordinates as well as by remote sensors that detect water flow.

Of the many lessons Scott has learned since that watershed moment in the early 2000s, one particularly resonates. “There is great compassion and generosity within us all. Tapping into that allows us to live a life of greater purpose, and when that purpose ends the needless suffering for other people, there’s no greater feeling in the world.”

Want Scott Harrison for your next event?

November 15, 2018
First, a life purpose After working for a decade as a nightclub promoter in New York City, ...
Read more

First, a life purpose After working for a decade as a nightclub promoter in New York City, Scott Harrison discovered that the pleasures afforded by his lifestyle concealed a deeper lack of meaning. "I made my living getting other people wasted,"; he tellsThe CEO Magazine. "Rarely sober myself, I woke up one day and realised I was spiritually ...
Read More

Scott Harrison was in his late twenties, living and partying in New York City as a nightclub promoter when he came to the halting realization that he was creating "perhaps the most meaningless legacy a person could leave."; He sold his things, packed his bags, and moved to Liberia on a humanitarian mission, discovering a world in which people dr...
Read More

The clean-water organization is pioneering new forms of accountability for their projects. BYBEN PAYNTER Most philanthropic galas are designed to celebrate the year's accomplishments and generate a new round of donations. But for Charity: Water's annual Charity: Ball last December, CEO Scott Harrison had something unique planned. "There ...
Read More

Seat Of Power Episode 8: Scott Harrison's Fight For Clean Water Around The World

Seat of Poweris a Periscope series featuring influential leaders of social change. Follow along: #SeatofPower. Scott Harrison's personal story is unlike many others. Now, you may know him as the founder and CEO ofcharity: water, a non-profit organization that aims to bring clean water to people around the globe. Back when he was 18 years old,...
Read More