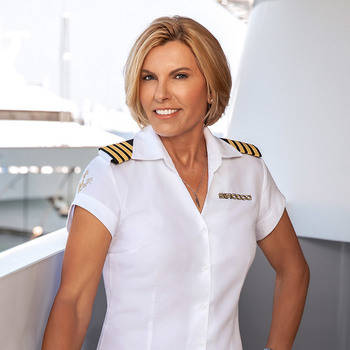 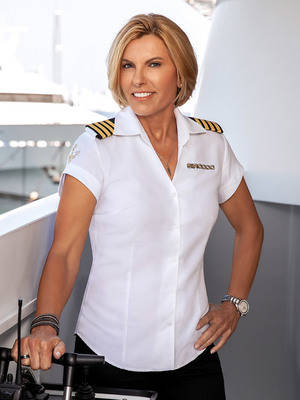 As a renowned super yacht captain with over 30 years of international maritime experience, Captain Sandy has broken through the proverbial glass ceiling to achieve the highest status in her field. She is one among only a handful of female leaders in her industry. Not only has Captain Sandy's integrity and courage earned her an outstanding reputation as an elite class of captain, but she has also earned accolades from the International Superyacht Society, which honored Captain Sandy Yawn with the prestigious Distinguished Crew Award. The distinction recognized Yawn for her heroism in ensuring the safety of all guests, crew, and the vessel during a catastrophic fire and pirate invasion that occurred in 2006 off the coast of Yemen.

Being a captain is not just what Captain Sandy does, it is who she is through and through. She taps into the skills, critical thinking and lessons of her career in life as much as in the water. Professional experience trained Captain Sandy Yawn well for the harrowing moments she faced in the Red Sea. However, it was her unbreakable attitude that helped her to rise above it. In fact, over time Captain Sandy has become quite a pro at beating the odds and navigating adversity; having overcome a drug-addled youth, a life-threatening motorcycling accident, and stage II kidney cancer. And she has embraced each new challenge with gratitude, as serving to strengthen her resolve and fortify her resilience.

Tapping into the "Captain Sandy" signature conviction and affinity for adventure, Captain Sandy Yawn charted a brand new course in 2015 when she became a series lead on Bravo's hit series Below Deck Mediterranean. Now in her fourth season with the show, Captain Sandy has broken through yet another barrier to become a powerful female role model and one of the network's most universally beloved personalities.

Even when not at sea, Captain Sandy Yawn remains at the helm of a diverse portfolio of ventures; each uniquely designed to have a positive impact on the people and causes that are most important to her. She is the creator and headliner of the I Believe Tour, a national speaking tour designed to inspire and help navigate life challenges. Captain Sandy is also a board member and benefactor for the Jacksonville School of Autism, an organization dedicated to helping individuals with autism and their families. Additionally, Captain Sandy Yawn remains an active member of the Captain's Advisory Council for the SeaKeepers Society, the International Superyacht Society, the United States Superyacht Association and the Professional Yachting Association.