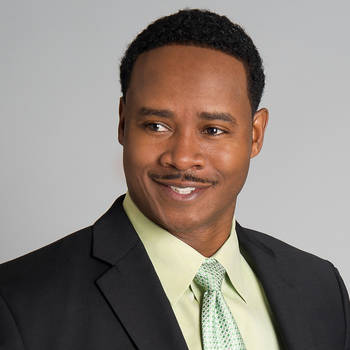 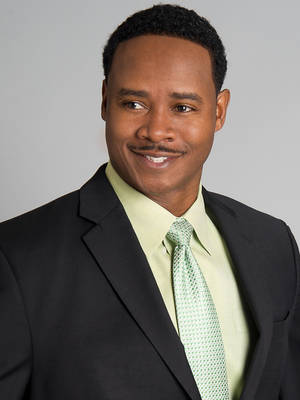 Ray McElroy is a recognizable face in hundreds of urban and rural communities across America. He is a recent Football Coach on MTV Made. He is an accomplished, professional speaker who has effectively incorporated laughter, live visual aids, and real-life issues along with applicable, tangible solutions that have changed the lives of thousands of people of all ages, colors, and creeds.

McElroy is a native of Chicago, Proviso West alum and graduate from Eastern Illinois University. He has a Bachelor of Science degree in Economics and he is a licensed minister. McElroy is devoting his post-football career to encouraging youth, young adults, and families through A Ray of Hope on Earth. McElroy is the current Team Chaplain for the Chicago Bears football club and a full-time professional, motivational speaker who for the past 9 years has been bringing a life-changing message to the masses. With the winning combination of his high-energy and athleticism along with the powerful message of truth, McElroy has successfully captured the minds, thoughts, and actions of thousands of youth across America. Students and principals alike have confirmed McElroy's message is hard-hitting, clear-cut and decisive as well as enlightening, empowering and equipping everyone with valuable skills to take their life to a higher level.

At Proviso West High School, McElroy was a track & field and football athlete. He still holds the record there in the 110 high hurdles, 4x1 relay, and 300 intermediate hurdles events. Annually McElroy returns to his roots in the summer to host the Ray McElroy Pro Football Youth Camp. There he gathers his current and former professional football friends to assist him in teaching professional level football skills on the field while incorporating evocative mentoring segments teaching the importance of upstanding off the field behavior.

While at EIU, McElroy was a four-year starter at cornerback for the Panthers, McElroy was also a 3-time first team All-Gateway Conference player (1992-1994), an Associated Press Third Team All-American (1994) and selected for The Kelly Tires Blue-Gray All-Star Classic. In 1995, the Safety/Cornerback was selected as the fourth round draft pick by the Indianapolis Colts where he played for four years. He then went on to play for the Chicago Bears and Detroit Lions.

McElroy is a man of faith and family. He is a licensed minister with a Master's degree in Theology. He is also the founder of A Ray of Hope on Earth, a non-profit organization focused on empowering youth, changing lives and making a difference in young men across America through school tours, biblical and educational programs and youth football camps. He has been happily married to his wife, Michelle for over 15 years. He is also a proud father of four children, son, Miray; daughters, Jamari, Janae, and Ramiah.