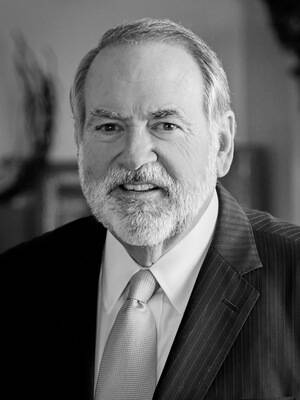 His hobbies include hunting, fishing, and music. He was named one of the "25 Most Influential People" for Conservation by Outdoor Life Magazine, and was named "Man of the Year" by the American Sportfishing Association in 1997. The former governor and his wife, Janet, spend time in Arkansas and have three grown children - John Mark Huckabee, David Huckabee and his wife, Lauren, and Sarah Sanders and her husband, Bryan - and seven grandchildren.