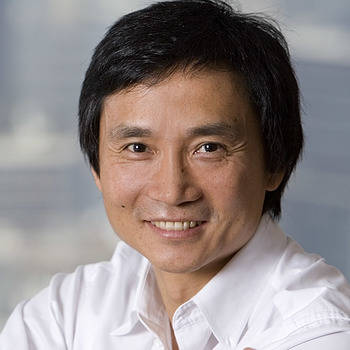 Li Cunxin with his wife and his children. Photo courtesy of Li Cunxin, photographed by Robert Bontschek.

Article from The Epoch Times; Written by Luo Ya

For the first time, NTD Television will hold an International Classical Chinese Dance Competition in Hong Kong, starting Aug. 18. It will also hold its 5th competition in New York in October. Although dancers from mainland China have been forbidden to take part by the Chinese regime, ballet dancer Li Cunxin, whose life story was featured in Mao’s Last Dancer, called on other dancers from China to seize the chance to take part.

In a 2010 interview with NTD, Li said, “One should not fear, I feel that one’s life is already short. Especially your art’s life span is even shorter. One can’t dance for long in a dance career. One must open his heart, and his mind should not have any burden. Art should be free of any political influence, and most importantly, he or she must be frank and open without any restrictions.”

According to Ma Lijuan, director of NTD’s competition series, Chinese security officials told potential contestants in China that they would not receive travel documents to participate in the events in Hong Kong and New York. This is the fifth year the station has held the international event.

Li called on his fellow artists in China to use courage and creativity and break through restrictions the regime tries to impose on them. “If you have this chance to come out, you should open your heart and break free of any kinds of mental prisons and fears from the past. Let yourself totally immerse in this opportunity given by the Western world. If you don’t grasp this opportunity, you might as well not come out at all.”

Li defected to the United States in 1981. His life story was told in the book and film,Mao’s Last Dancer. He grew up in poverty and at age 11 was selected to join the Beijing Dance Academy. As an adult he was chosen as a visiting exchange artist to the Houston Ballet, and decided to stay in America near the end of his term. The Chinese consulate in Houston detained him for 21 hours, yet George H.W. Bush intervened to help him stay in the U.S.

He told his fellow Chinese people, regarding the upcoming competitions, “By taking full advantage of this opportunity, one can live an even more exciting life, and be of value to oneself and the people who gave you the opportunity.”

Li told The Epoch Times that he grew as an artist after he left his native country. “I had laid a good foundation while training in China. Although I was technically superb, I was very limited artistically. I found my true artistic feeling when I came to the United States, and I had a breakthrough leading to a qualitative leap in my artistic imagination and creativity.”

He won medals in international dance competitions and was ranked as one of the ten best ballet dancers in the world, the New York Times reported. Li later moved to Australia where he was the principal dancer of the Australian Ballet, and will become the artistic director of the Queensland Ballet this July, the Courier Mail reported.

NTD Television has successfully hosted four International Classical Chinese Dance Competitions, which have attracted hundreds of competitors from more than 10 countries and regions. Some of the winners have joined the world-renowned Shen Yun Performing Arts Company.

For information on how to book Li Cunxin for your next event, visit PremiereSpeakers.com/Li_Cunxin.

Want Li Cunxin for your next event?

Li Cunxin with his wife and his children. Photo courtesy of Li Cunxin, photographed by Robert Bontschek. Article from The Epoch Times;Written byLuo Ya For the first time,NTD Televisionwill hold an International Classical Chinese Dance Competition in Hong Kong, starting Aug. 18. It will also hold its 5th competition in New York in October. Alth...
Read More

Premiere Speakers Bureau is pleased to introduce Li Cunxin as our newest exclusive speaker. Li is a former Chinese ballet dancer whose quest to move to the United States from China set off an international incident in 1981. His motivational story of courage and freedom has inspired audiences worldwide. His 2003 autobiography, Mao's Last Dancer...
Read More