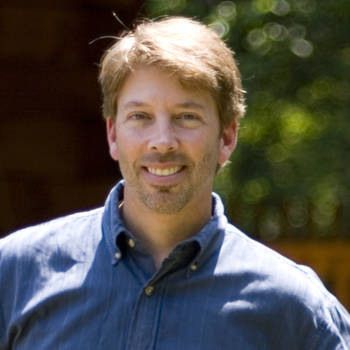 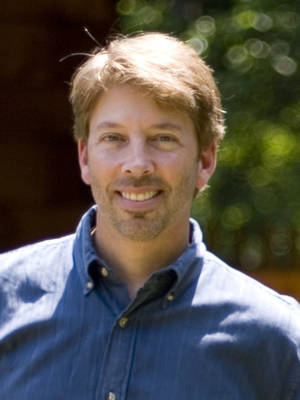 Jimmy is a seasoned veteran as a speaker, and even served for several years as the Senior Minister at one of the largest churches in Nashville, Tennessee. His speaking engagements have taken him all over the world to such places as Africa, Mexico, Canada, South and Central America, Grenada, the Caribbean islands, Scotland, Israel, Egypt, and the Ukraine. His speaking clientele includes professional football teams such as the Denver Broncos as well as professional baseball teams, Fortune 500 companies, private and public schools, universities, government agencies, the Senate, churches, numerous youth festivals, and outdoor conventions and wild game suppers.

Jimmy has served as a spokesperson since 1991 for Compassion International, a non-profit child development organization that cares for over one million disadvantaged children in Third World countries. Periodically he visits children at Compassion projects in various places around the world.

Jimmy is also heavily involved in television. He has been highlighted on prime time British television on episode 5 of the series "The Apostles," produced by well-known British director Simone Cherry. He also hosted the national religious talk show Campaign America from 1992-94, airing on 2,200 stations nationwide. After a sabbatical in the mountains, he came back to serve as scriptwriter and host for the Amazing Grace Bible Class television program from 1998-2000, often incorporating guests ranging from astronauts to professional football players, as well as inspirational people such as Joni Erikson Tada.

The latest television production in which Jimmy is involved is the national award-winning television series Spiritual Outdoor Adventures. SOA was also a weekly national radio show during drive time on Tuesday mornings on the Salem Music Network from 2005-2009, drawing in an actual listening audience of one-half million people. The Spiritual Outdoor Adventures television program began airing in October 2002 and is now entering its ninth season, reaching 68 million households weekly across the country. Many celebrity guests appear on the program including Rascal Flatts lead singer Gary LeVox, Marty Roe of Diamond Rio, Contemporary Christian singer Michael W. Smith, coach Jeff Fisher of the Tennessee Titans, and numerous other professional athletes, movie stars, country singers, and well-known outdoorsmen and women. Legendary outdoorsman Hank Parker has partnered with Jimmy on 13 episodes of SOA, and includes Jimmy as an occasional guest on his own hunting and fishing shows. The mission of this weekly program is to spread God's Word - the Bible - across the world. The television viewer can call a toll-free number and request a free "Heart of the Outdoors" Bible that Jimmy helped edit in partnership with the International Bible Society. Over 110,000 Bibles have been distributed to viewers and listeners. These Bible giveaways were recently highlighted on two different ESPN shows - Outside the Lines, and Cold Pizza.. A mention was also given on the Dan Patrick radio show. Other media entities highlighting the Bible giveaways include the 700 Club, regional and national ABC, NBC, CBS, and FOX affiliates, as well as print media such as USA Today, the New York Times, The Chicago Sun Tribune, the Nashville Scene, and dozens of other publications. Recently Jimmy was highlighted in The Cable News weekly magazine in a special report about outdoor television programming, as well as highlighted in the AT&T monthly magazine from November 2008. Many of these mentions relate to Jimmy's speaking appearances and Bible giveaways at professional sports stadiums at Faith Nights. Most recently, the Atlanta Braves hosted a Faith Night where Jimmy and ace pitcher John Smoltz delivered testimonies immediately following the game. David Letterman and Jay Leno commented on the event, calling it the "Sermon on the Mound."

In 2009 Jimmy and his team won the Grand Championship of the Big Buck Outdoor Games, competing against the nation's top pro hunters and fishermen. As one of the leading bow hunters in the country, Jimmy has received numerous endorsements and sponsorships by several top outdoor companies including Bass Pro Shops, Mathews Bows, Morrell Targets, Leaf River Cameras, C'Mere Deer, and many others. Jimmy also serves as a national spokesperson for Christian Bowhunters of America, and heavily supports the charitable work of Tony Semple's (of the Detroit Lions) Foundation for Hope.

Jimmy has prepared himself educationally by earning the BA in Bible from Harding University, the Master of Divinity from Harding Graduate School of Religion, and the Doctor of Ministry from Abilene Christian University. He also studied Greek Readings at Brite Divinity on the campus of TCU, and Hebrew Language at Southwestern Baptist Theological Seminary in Fort Worth, Texas. For seven years Jimmy enjoyed leading weekly in-depth Bible studies in Franklin, Tennessee where he served as an elder and teaching minister at New River Fellowship - a non-denominational church founded by Christian singer Michael W. Smith. Currently Jimmy is teaching in-depth Bible classes for the Northeast Church in Hendersonville, Tennessee and speaking often on Sundays for Compassion International.

Jimmy married Amanda Mullens in May of 1984. They have two children: Christin (born August 1989) who served for six months on a YWAM (Youth with a Mission) team in Bangledesh, and Jonathan (born January 1992), a highly-recruited high school football player from the Nashville area who led his team to the Tennessee 5A State Championship this past season (see www.JonathanSites.com).

Jimmy's family resides in a log lodge on a wooded hollow north of Nashville, Tennessee. They are heavily involved in the television ministry of Spiritual Outdoor Adventures, and they can regularly be seen on the programs. Their most exciting adventure to date was getting to spend several days in the Amazon Jungle with Steve Saint and the Waudoni Indians, including tribe leader Mincaye. A major motion picture titled "End of the Spear" details the fascinating true story about Steve Saint, Mincaye, and this fierce Stone Age tribe. The television shows produced from this trip were nominated for four major awards on the Sportsman Channel, and won for Best Editing in 2006.