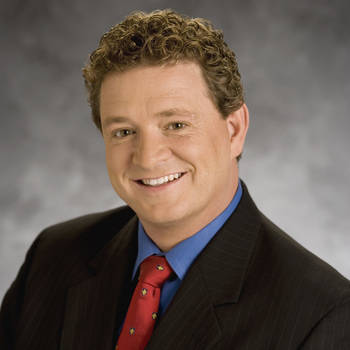 The Future is Here

In 2010, the International Society for Technology in Education (ISTE) conference featured a “crowd source” keynote selection. People voted over the web and the most popular nominee was given the closing keynote of one of the largest educational computing conferences in the world.

On July 1, Hawaii’s Jeff Piontek declared: “It’s no longer STEM. It’s STEAM.” His presentation slides had white typeface for the words science, technology, engineering and mathematics (STEM) and bold red typeface for the word arts. The educator drew enthusiastic applause from the crowd of thousands.

The term STEM was coined by Dr. Judith Ramaley when she was assistant director of the education and human resources directorate at the National Science Foundation (NSF) from 2001 to 2004 (Chute, 2009). Ramaley’s concept of STEM situates learning in the context of solving real world problems or creating new opportunities—pursuit of innovation. Spurred by a public and private sector push for global competitiveness, STEM has become a lightning rod for education in 2010.

People involved in the movement to integrate STEM and the arts use the acronym “TEAMS” or “STEAM.” Advocates from both the world of science and the world of arts have converged in a grass roots movement. The movement is about transformative practices in education that unify knowing and doing—theory and application.

According to the NSF, the great scientific and technological breakthroughs are expected at the intersection of disciplines. Related to TEAMS, the National Science Teachers Association (NSTA) and the Arts Education Partnership (AEP) both have emerging practices. Model schools and states are emerging though they are highly differentiated. Part three of this article series covers a TEAMS model school in California and part four identifies Ohio as a TEAMS model state.

In 2007, the Arts Education Partnership (AEP) released Arts Integration Frameworks, Research and Practice: A Survey of the Literature on Arts Integration as a free online book. The book is a complete survey of the literature related to arts integration. Today, integrated technology, engineering, arts, mathematics and science (TEAMS) initiatives are grass roots and emerging but not yet part of the formal national STEM innovation agenda.

During President Barack Obama’s April 2009 visit to the 146th congress of the National Academy of Science he announced more planned investment in STEM education, research and commercialization than America spent to answer Russia’s Sputnik and ultimately to pioneer space travel to the moon. In his shadow are Eisenhower’s investments in the National Science Foundation (NSF), NASA and the Defense research and development office DARPA.

Today, the questions and circumstances are different than the Sputnik Era; however, the goal is the same—innovation. On July 28, 2010, the Father of the U.S. Global Positioning System, Col. (Dr.) Francis “Duke” Kane read this article. Duke’s response is: “STEM represents the knowledge, tools and processes to invent the future, however, the arts are what make us human. They are inseparable.”

Energy innovation, workforce innovation, educational innovation, and economic innovation are all part of the U.S. innovation agenda. The arts; however, are struggling to find a voice and a place in the 21st century story. Stay tuned for part two of the five article series: Emerging TEAMS Innovation in Florida, New York and Texas.

Jim Brazell is a technology forecaster, teacher educator and the founder and CEO of ventureRamp, Inc. For information on how to bring him to your next event, submit the "Check Availability" form atPremiereSpeakers.com/Jim_Brazell.

Want Jim Brazell for your next event?

August 13, 2010
In 2010, the International Society for Technology in Education (ISTE) conference featured a "crowd ...
Read more

In 2010, the International Society for Technology in Education (ISTE) conference featured a "crowd source"; keynote selection. People voted over the web and the most popular nominee was given the closing keynote of one of the largest educational computing conferences in the world. On July 1, Hawaii's Jeff Piontek declared: "It's no longer STE...
Read More