The Challenge of the Iditarod 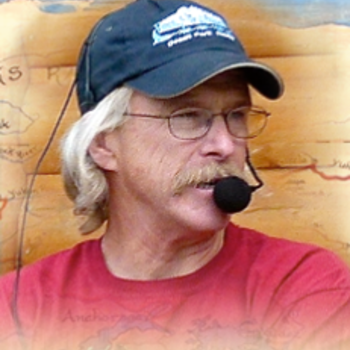 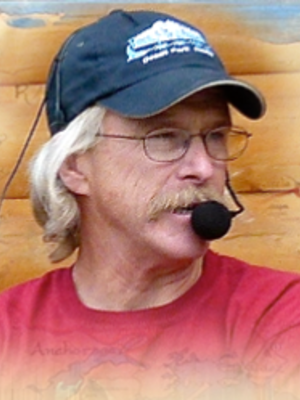 Jeff is known for his dynamic, motivational, and entertaining public speaking. He has been invited to share his sled dog experience and Alaska stories to audiences around the U.S. and Europe including at mushing, sportsman, outdoor adventure, and tourism venues.

Jeff King is often recognized as the "Winningest Musher in the World." He holds four championship titles for the 1,049-mile Iditarod Trail Sled Dog Race in 1993, 1996, 1998, and 2006. Jeff took first place in the 1,000-mile Yukon Quest in 1989 in addition to earning twenty-four other first-place titles in races across Alaska and other parts of North America. Jeff was inducted into the Iditarod Hall of Fame in 1999. In 2006, at age 50, he became the oldest musher to win the Iditarod. Jeff King has twice received the prestigious Leonhard Seppala Humanitarian Award for exemplary care of his dog team. He has logged more than 150,000 miles on a dogsled over the past thirty-five years.

Jeff King has captured worldwide media attention for decades. Associated Press, BBC, CBC, ABC's "Wide World of Sports," ESPN, CNN, Discovery Channel, National Public Radio and Mushing Magazine have regularly featured Jeff in race coverage of the Iditarod and international news reports. From his scientific methods of feeding and training dogs, to his calculating trail strategies and innovative sled designs, Jeff has been the one to watch, year after year.

"For years, the inventive King has cut his own mushing path with notable success he has trained his dogs by having them swim during the summer to build stamina, he's tinkered endlessly with nutrition " says the Anchorage Daily News. Lee Larsen, president of the Iditarod Trail Committee, calls King a "champion in many, many ways."

Jeff moved to Alaska in 1975 in search of adventure. He quickly became interested in dog sledding and Alaskan huskies, devoting all his spare time and money to building his own team, while developing a construction business. He began racing in 1980. His competitive nature and athleticism had found a new outlet, and Jeff set his sights ever higher, entering his first Iditarod just one year later. In 1992 he decided to devote his full time and energy to training and racing, setting aside his construction business. He won his first Iditarod the following season.

Jeff enjoys living just outside of Alaska's Denali National Park and sharing his life with his sled dogs. In the summer months, Husky Homestead welcomes visitors from around the world to watch his sled dogs in action, hear stories of adventure, learn about Alaskan Huskies, the tradition of dog mushing and the life and spirit of Alaska, the last frontier.

A natural-born storyteller, Jeff shares a lifetime of adventure stories in public speaking engagements and in his book Cold Hands Warm Heart. Since the release of his first collection of stories, fans have been begging for "More!" In the fall of 2011, Jeff produced a newly expanded edition with additional stories and photographs and a deeper look into a life well-lived.