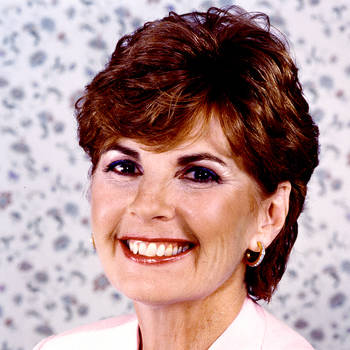 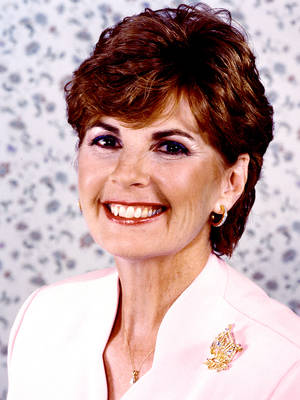 Jackie Mayer's life story and philosophy are compelling and offers hope and encouragement to men and women of all ages especially patients, family members, and medical staffs.

After completing a year at Northwestern University, the 20-year-old brunette was singing with Fred Waring and the Pennsylvanians. Her roommate, a former Miss Minnesota, suggested Miss Mayer could win scholarship money via the Miss America Scholarship Organization. As she stood at the end of the long runway in Atlantic City, waving to thirty-thousand appreciative fans in Convention Hall, her radiance was beamed electronically by CBS to sixty million Americans.

The Cinderella story was just beginning.

Awakened in the early hours after the family's Thanksgiving gathering, Jackie found she could not move nor utter a single word. Rushed to the hospital, Jackie was diagnosed as suffering a massive stroke.

Only 28, Jackie began the challenge of relearning simple tasks that she had taught her 5-year-old son just months before. The tables were turned. With Bill as her teacher, she and her daughter Kelly, age 9 months, learned the A-B-C's, how to tie her shoes, and how to laugh at her own mistakes.

Through the support of family and friends she began a seven year recovery process that brought back motor functions, enabling her to walk, speak, and regain most of the day-to-day functionality the stroke so quickly took away.

Throughout the journey, Jackie's positive outlook on life never wavered. She set goals and accomplished each one of them. She developed a strong empathy for the plight of those like her and began thinking about ways to share her guidelines for success.

Today:
Jackie dispels the myth that Miss Americas live idyllic, fairytale lives. Today she considers herself 90% recovered and uses each day to strive to reach 100%.

Jackie is a motivational / inspirational speaker who lectures to corporations, educational institutions and service organizations each year. She is particularly effective working with healthcare organizations where she can speak as a keynoter at breakfast,lunch, dinner or major event, then visit patients on a one-on-one basis. Through her grace, patience, and compelling life story, she immediately connects to patients, families and healthcare professionals.

Jackie has received many awards for her life's work including two Honorary Doctorate Degrees in Public Service, Honoris Causa, from Lourdes College and Chatfield College, The Award of Hope and Courage from the National Stroke Association, The Ohio Women's Hall of Fame and The Crystal Angel Award from the Madonna Foundation. Jackie has appeared on local and national television and radio programs including Good Morning America, Evening Magazine, Lifetime Television, and The Hour of Power with Dr. Robert Schuller. She has been the national spokesperson on stroke for The American Heart Association and the National Stroke Association and has appeared in national newspapers and magazines including Family Circle, People Magazine, and USA Today and the cover stories in Guideposts, Caregiver, and Stroke Smart Magazine. Jackie has written many articles for magazines and is the inspiration behind the book, The Strength of Grace, written by Kate Kitchen