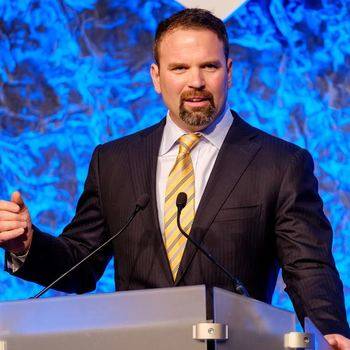 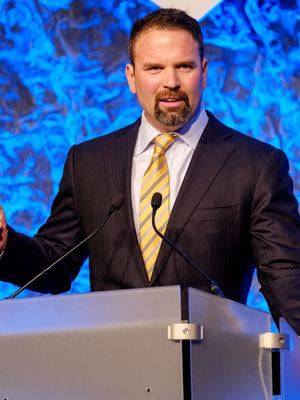 Hunter Smith is a 12 year NFL veteran, Super Bowl Champion, public speaker, Billboard top 20 Christian singer/songwriter, renowned storyteller, and author. He is a 1995 graduate of Sherman High School where he was a multi-sport standout and two-time Texas All State selection in football. After completing the recruiting process, during which he was recruited by colleges all over America he chose the University of Notre Dame. While at Notre Dame Hunter played multiple positions but punted every game of his four year career after winning the starting job as a freshman. He went on to rank second in Notre Dame's school history with a 41.2 career punting average. He also joined the track and field team at Notre Dame as a high jumper. Hunter graduated from Notre Dame in 1999 with a degrees in Theology and Sociology.

That same year Hunter was drafted by the Indianapolis Colts where he has received numerous honors. As a rookie in 1999, he was selected to the NFL All-Rookie Team and has been named Pro Bowl Alternate 3 times throughout his career. During Smith's 10 years with the Colts the franchise recorded the winningest record of any NFL team in history over the span of a decade. This was highlighted by a Super Bowl victory to cap off the 2006 season. Hunter signed as a free agent with the Washington Redskins in 2009 where he has played the last 2 years of his career. In 2009 he rushed for a touchdown against the New York Giants and passed for a 35 yard touchdown pass against the Denver Broncos. With these two scores Hunter became the only special teams player in NFL history to both run and pass for a touchdown in the same season. He has scored 3 touchdowns in his NFL career.

Smith has many stories to tell. From the honor of playing for and winning a Super Bowl with Coach Tony Dungy, who Smith regards as "the best coach I've ever played for and one of the greatest men I'll ever know", to his college experiences with Lou Holtz and countless other exhilarating, humbling, humorous, and touching experiences along the way. Hunter discusses the importance of Teamwork, Leadership, Motivation & Execution.

He and his wife reside in Zionsville, IN with their three children Josiah, Samuel, and Lydia.