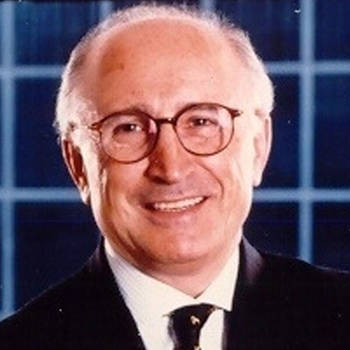 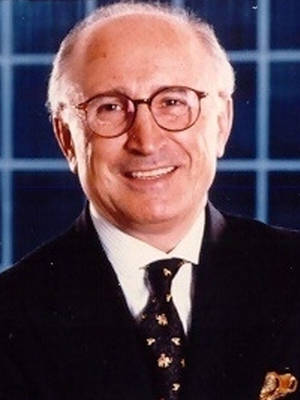 Fred Nazem, entrepreneur and philanthropist, has founded or financed several multi-billion dollar corporations. Known also as a turnaround specialist, he led the reorganization and successful reversal of Oxford Health Plans which was later sold to United Healthcare for $5 billion. He is a corporate architect, biochemist, high tech innovator, investor and leader.

Fred Nazem began his career in the financial industry in the late 1970's. As founder of Nazem and Company, he managed seven private venture capital funds and a joint venture in partnership with Banque National De Paris of France. In the four decades since its founding, Mr. Nazem has started, financed or guided more than three hundred cutting edge enterprises. With an ever-expanding width of experience, he has defined new fields and ideas in finance, high technology and healthcare. Several of the companies founded by Mr. Nazem have become multi-billion dollar enterprises. A most recent venture is Rejuvenan Global Health, a highly digital, membership based healthcare delivery system which provides its members with the knowledge and tools they need to own and manage their health and the health of their families.

Mr. Nazem is also well-known for his role as a turnaround specialist. In 1997, as Chairman of Oxford Health Plans, he led the reorganization and successful reversal as the company experienced operational and financial difficulties. Oxford was later sold to the United Health Group for $5 billion. As director of one of America's most prominent family fortunes, Mr. Nazem orchestrated a dramatic turnaround from near bankruptcy to a ranking on the Forbes 400 list for wealthiest people of the world. He has namaged private wealth for four decades and currently is Managing Partner of Hedgeworth Capital, a private fund founded in 2003.

Alongside his business ventures, Mr. Nazem devotes much of his time and energy to important philanthropic concerns. Primarily working through the Nazem Family Foundation, he has supported many civic, educational and healthcare-related cases. He currently serves on the Science and Technology Advisory Board of Columbia Presbyterian Medical Center. Furthermore, he is a member of the New York Society of Security Analysts and the Economic Club of New York. Mr. Nazem is a recipient of the Ellis Island Medal of Honor, an award granted to American citizens of diverse origins for their outstanding contributions to the United States.

Fred Nazem received a Bachelor of Science degree in biochemistry from Ohio State University, a Master of Science in physical chemistry from University of Cincinnati and an MBA in finance from Columbia University. He also did doctoral work in quantum physics at Washington University. Mr. Nazem worked as a chemist at Keebler and Company, and Matheson Coleman and Bell before he ventured to Wall Street. He served as a securities analyst and Assistant Vice President at Irving Trust Company (now Bank of New York) before founding his own venture capital firm.

Mr. Nazem lives in New York City with his wife, Susie Gharib, a long time anchor for Nightly Business Report on PBS-TV. They have two adult children: son Alexi, MD MBA who is Founder/CEO of Nomad Health, and daughter Taraneh, MD who is a Fertility Specialist at Mount Sinai Medical Center in New York.