Tap into Your Passion 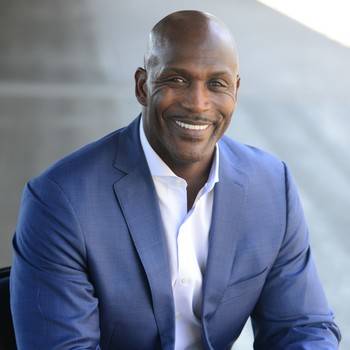 I was reminded this week how important it is my values to connect with what I do.

During a discussion with a leader about HOW a goal was going to get accomplished, I noticed how easily his answer moved to the WHY. It started with, "How are we going to close this performance gap?" He had some very concrete ways he believed the gap could be closed, and after stating them he quickly moved into why it mattered. And he was deeply passionate about the why.

The interesting thing about passion is that it is contagious even if the values of individuals aren't identical. I am just as responsible for the performance gap to be closed as this particular leader is. But, the value he tapped into is not fully in alignment with my values. As I listened, I could see the nuanced differences between the language he used and the language I would use. And I was okay with that. It wasn't his values that was a motivator to me. It was his passion. I left the conversation asking myself, "Which of my values can I tap into to solve this problem that will make me as passionate as he is?"

I desired something greater from myself because I had been a part of a conversation with someone whose passion was ignited by his values, and they were both being lived out at work. I want to be passionate about what I do everyday. I want to know that what I do matters, not just to those I serve, but to myself as well. And it's up to me to make those connections.

How are you tapping into your values at work to become more passionate about what you do?

Want Eric Boles for your next event?

October 11, 2020
HELP YOUR TEAM TAKE RISKS As leaders, we want our teams to be innovative, creative, and competitive in their ...
Read more

December 13, 2019
In my previous blog I talked about onemistake I often see leaders make regarding results and relationship (Here is ...
Read more

HELP YOUR TEAM TAKE RISKS As leaders, we want our teams to be innovative, creative, and competitive in their fields. We want them to try new ideas and push the limits. But, not all teams are willing to take these risks. Why? Over the years, one of the most common fears I coach clients to overcome is the fear of failure. People ofte...
Read More

That’s right. I don’t share my books. Before you think I'm selfish, let me explain. I always have a few books that I'm reading at any given time. Some are new books to me, some are booksI've read once before, and others are booksI return to again and again. Good coaching is still good coaching the second,third and tenthtime around. If a book ma...
Read More

In my previous blog I talked about onemistake I often see leaders make regarding results and relationship (Here is alink). I want to share another mistake leaders make. It's in the area of communication. In my humble opinion, leaders spend too much time trying to draft clear communication versus spending time clarifying communication with th...
Read More

For new leaders, a common mistake made is focusing on results over relationships. I did not sayinstead ofrelationshipsbecause most know it is a both/and world. The challenge is, with the rising pressure/stresses of getting things done, results take precedent. But, as a leader, much more can be achievedby building relationships while driving for ...
Read More

In order to exercise better control of your life, you must know who you really are and what you really want. It is necessary to ask yourself questions that you normally wouldn't ask. Growing up, my father taught me not to confuse experience with wisdom. He advised that many people don't grow from their experiences, but rather they become bitt...
Read More

A FLY-BY AT THE OFFICE

As leaders, sometimes it's hard get time in your actual office at your desk. You have meetings that take you down the hall, to a different floor, to a different building, and sometimes to a different city, state, or country. Perhaps you've had a day when you had to swing by the office just to grab something only to head out for the next schedul...
Read More

Tap into Your Passion

Written By Diane Vaccaro I was reminded this week how important it is my values to connect with what I do. During a discussion with a leader about HOW a goal was going to get accomplished, I noticed how easily his answer moved to the WHY. It started with, "How are we going to close this performance gap?" He had some very concrete ways he believe...
Read More

Written by Diane Vaccaro I recently observed a leader who, in doing the simplest of behaviors, was able to communicate value to those he leads. He simply sat in a chair. Well, maybe that's not all. He also leaned back like he was going to stay for a bit. This was how he entered an office to answer a question. Often, as leaders, we are in a hurr...
Read More

WRITTEN BY DIANE VACCARO Recently I was with a group of 10 people learning something new. We were attending a 4 day training so that we could take what we were learning back to our jobs and teach others. Though we were a small group, we represented the spectrum of attitudes and behaviors associated with learning something new. First, there were...
Read More

Adding Meaning to Our Work

Written by Diane Vaccaro I listened to a great podcast recently: "The Meaning of Work" by the TED radio hour (you can listen to it here). It features 3 different TED speakers and includes some of their TED talks and interviews with them. One part that stood out to me, among many, was one speaker's statement that we are motivated by the fight/cha...
Read More