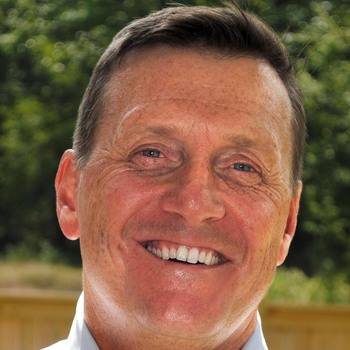 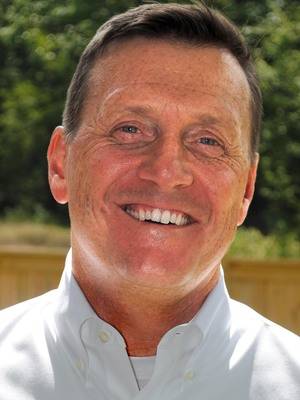 Todd Gerelds is author of the book, Woodlawn, a dramatic, powerful, and true story of redemption and reconciliation that occurred in the middle of what many say was the most racially charged and volatile era of Birmingham, Alabama's history. The miraculous events that Todd witnessed as the young son of Coach Tandy Gerelds--Woodlawn High School's football coach in the early 70's--has now become a major motion picture playing in thousands of theaters across the country. Its message of ...

“Todd Gerelds spoke at our chapel this fall to over 500 students. I received excellent feedback on the presentation. Todd has a great story to share and he does it in a manner that appeals to teens! I want to give him my highest recommendation.”

“The Tuscumbia Education Foundation was honored to host Todd Gerelds at a recent community wide speaking event. Hearing the inspirational story of Woodlawn directly from its author was truly a special experience. Mr. Gerelds did a phenomenal job engaging our diverse crowd by retelling facts & memories from his childhood, and sharing how God used these events to shape the lives of his family, a football team, and a city.”

“Today I heard Todd Gerelds share with the Bob Jones High school football team in Madison Alabama. He presented a message of personal sacrificial love & hope based on the example of Christ. He held the attention of the entire team & their coaches. As a former coach and now pastor I appreciated Todd's message of hope and love for others that is only found in and through Jesus Christ.” ,

Todd Gerelds effectively tells the story of Woodlawn from his first person experience. As a child, Todd watched the transformation of an entire football team in 1973 racially torn Birmingham, Alabama and he naturally recalls his father’s involvement and wonder at how God used ordinary high school athletes to change a community. His communicative style is easy and unforced, friendly and pleasant. Todd is able to connect with his audience in a warm and affable manner, relaying the personal stories of what his father witnessed during his coaching and teaching tenure at Woodlawn High School. It is clear that Todd is connected to the story of Woodlawn personally through the heart and eyes of a father who conveyed to his son his own encounter with God and the young men who were models of reconciliation.

Henderson & Walton Women’s Center, P.C. had the privilege of having Todd Gerelds speak at our annual Thanksgiving staff meeting on November 11, 2015. The message that he brought to our staff was one of hope in the face of adversity. It was a powerful message on the power of grace. His story revolved around his book entitled “Woodlawn”. He told us of his account regarding the racial tensions in Birmingham. Specifically, he told us of how God moved in the city of Woodlawn and the surrounding communities to unite in the face of racial bias. And how God moved within his own family. He was eloquent, funny, and uninhibited with his faith. It was a refreshing message hidden in the darkest moment of Birmingham’s history. For anyone to have the opportunity to hear Todd’s message would be a blessing.

What a blessing having Todd Gerelds, author of Woodlawn at LCC this morning. If you haven't heard his message, then you are missing out! I would encourage everyone to talk to your church and have him come speak. Amazing man, amazing message, and amazing representative of our Lord and Savior