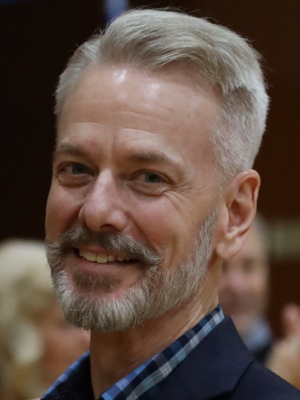 Steve Russell brings unique experiences perhaps like no other when it comes to leadership. Whether serving as a soldier, national speaker, critically acclaimed author, small business leader or serving the public as a US Congressman, Steve Russell draws on his varied and enormous wealth of experiences to convey what it takes to build teams, lead them and get things done. Russell is the author of "We Got Him! A Memoir of the Hunt and Capture of Saddam Hussein." The late Robin Moore, author of The Green Berets and The French Connection praised Russell's book as "an extraordinary personal glimpse of the war. A monumental credit to himself, his troops, and the United States of America," while General Tommy Franks calls it "a moving, gripping account of one of the most remarkable achievements of soldiering in a generation." Russell has also been the subject of more than a half dozen documentaries and is widely known for his leadership, national security and foreign policy expertise. Through expert storytelling, he captivates audiences with the recounting of his personal experiences as a leader in the hunt and capture of Saddam Hussein while inspiring them with a message of hope. Not some academic theorist, Russell draws on a lifetime of success in many fields whether battlefields, competitive business, political fights, or at home. He can also provide expert guidance on the fundamentals of leadership, team-building, goal setting, negotiation, decision making under pressure, and follow-through until the task is complete. Russell has a bachelors degree in Public Speaking and a masters degree in History. He retired from the US Army as a combat infantryman serving in Kosovo, Kuwait, Afghanistan and Iraq. He has been decorated for valor, meritorious achievement and service and is a graduate of both the US Army Ranger and Airborne schools. He founded Two Rivers Arms, a rifle manufacturing business whose Iraqi rifles were featured in Clint Eastwood's film "American Sniper." He served as both an Oklahoma State Senator and as a US Congressman. He currently serves as the executive and teaching pastor of First Southern Baptist Church in Oklahoma City. Russell has been married more than three decades and has five grown children, three of whom are adopted. He believes success does not have to come at the expense of the things that matter most.