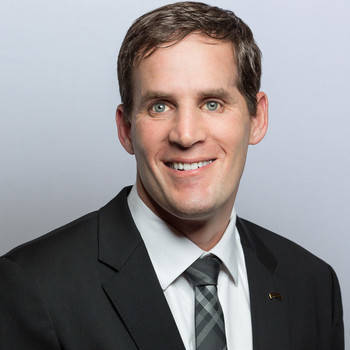 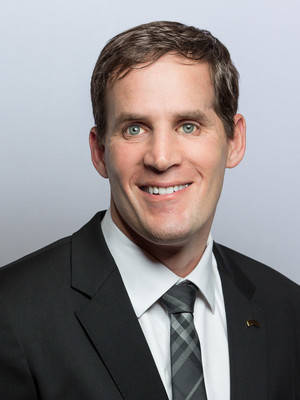 Scotty Smiley is from Pasco, a small city in Washington State. After high school, he attended the United States Military Academy in West Point, NY. After four years, he graduated and moved to Fort Benning, GA and attended Infantry Officer Basic Course and Ranger School. Soon after he moved to Fort Lewis, WA where he led a 45-man platoon.

In 2005, while leading his platoon in Mosul, Iraq, Scotty found himself in front of a suicide car bomber. After the man blew himself up, shrapnel blew ...

Scotty Smiley's story is one all Americans should hear. It will inspire them in tough times and help them through some of the difficult challenges they face in life.

I can't believe some of the amazing things you have done, since losing your vision in Iraq, it is extremely impressive.

Seldom do stories convey an abandonment of self in giving to other. Captain Scotty Smiley was put to the ultimate test of faith and passed with flying colors, turning what was intended for evil into good. His determination to overcome and to allow God to be honored in the telling of his story is richly conveyed through this book.

When they were classmates at West Point, my son Edward called Scotty Smiley 'the Oak', because you always knew where he stood. Scotty was an All-American kid- a wrestler and a state champion football player who married his childhood sweetheart, became an elite Army Ranger, and lived by the words of Philippians 4:13, 'I can do all things through Christ who strengthens me.' Then on April 6, 2005, serving with the army in Mosul, Iraq Scotty's life was shattered by a car bomb that left him blind. A battle raged within his heart and soul; but when a man's faith is tested and he emerges victorious, Scotty discovered the heart of Philippines 4:13- 'through Christ.' In the ensuing years, Scotty has accomplished more than he ever dreamed possible. He currently serves as the army's only active-duty- blind officer. He returned to West Point to teach leadership and recently took Command of the U.S. Army Warrior Transition Unit there. I know you will be inspired by the courageous story of Captain Scotty Smiley, and most of all, by his everlasting faith in his Lord and Savior, Jesus Christ.

I was touched by your story. When talking about the 5 states of grief the last being acceptance: your story is an example of real acceptance.

I love a great story, and the story of Scotty Smiley is not only a great story of true hero, but this gem is so well written that you will cry, laugh, and cheer as you turn the pages."