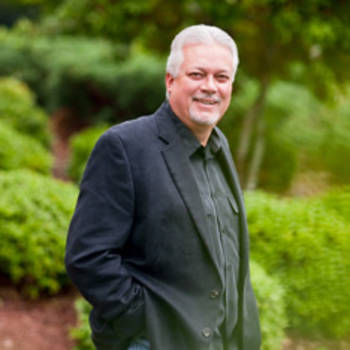 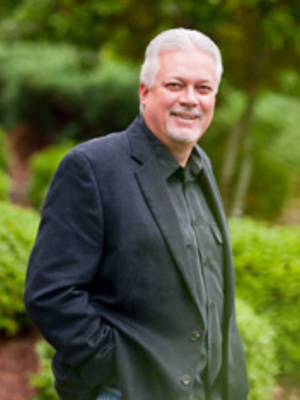 CHURCH: Michael has served as Senior Pastor of Sherwood Baptist Church since 1989. The church has 3,000 members and has averaged one hundred baptisms each year. Thousands have joined the church from Albany and 29 surrounding communities. The church has changed from a neighborhood church to a regional, multi-ethnic congregation with members from eleven nations. Sherwood has three campuses covering 130-plus acres--the main church campus, the lower school campus and the upper school campus. The 82-acre sports complex, Legacy Park, is currently being developed with tennis courts, soccer fields, baseball fields, equestrian center, fishing pond, pavilion and other facilities to reach the community through sports and recreation. "Path to Truth," the weekly broadcast of Sherwood's services, is seen in over ninety markets around the country and is also available on the web and via podcast at www.sherwoodbaptist.net.

ReFRESH CONFERENCES: In 2003, Michael began a conference focused on revival and the victorious Christian life. ReFRESH is held annually in Albany, Georgia, and Pigeon Forge, Tennessee. Pastors from all over the country have attended these conferences. You may find more information about the conferences at www.refreshconference.org.

WEBSITES: Michael is the editor of www.2ProphetU.com, a resource website developed with Warren Wiersbe designed to encourage pastors and lay leaders. Because of his heart for pastors and churches, he is a frequent speaker at conferences around the country. Michael is also the editor of a website established to maintain awareness of the ministries of Vance Havner (www.vancehavner.com) and Ron Dunn (www.rondunn.com).

SHERWOOD PICTURES: This ministry of Sherwood began with a conversation between Michael and Alex Kendrick on a back lot tour of Disney World. That conversation birthed a very "out of the box" church outreach. Michael's goal is to change the world from Albany, Georgia. While that may seem like a radical, even ridiculous, statement from a pastor in Southwest Georgia, it has, in fact, become a reality through Sherwood Pictures. Michael has served as the Executive Producer of Flywheel, Facing the Giants and Fireproof, as well as several music and video projects.

In order to help churches use movies as a resource, Michael, along with Alex Kendrick and Stephen Kendrick, has worked with Provident Films, Outreach and LifeWay Resources to develop Bible studies in conjunction with Facing the Giants and Fireproof.

PUBLISHING: Michael is the author of six books, including the best selling Fireproof Your Life and Prepare for Rain. Fireproof Your Life was the fastest selling book in the history of CLC Publications. Most recently, he has released the three-part ReFRESH book series with Broadman & Holman, including The Power of Desperation (released May 2009), The Power of Persistence (released September 2009), and The Power of Surrender (released in March 2010). He has also co-authored the Love Dare Curriculum. Michael will be releasing a new book in 2011, Courageous Living. He is the author of numerous articles and a contributor to several collections of sermons and a book on evangelism. A prolific writer, Michael wrote a weekly column, "From the Cluttered Desk," for many years which was read by thousands of believers and leaders around the country.

OTHER MINISTRY INVOLVEMENT: Michael served as the President of the 2008 Southern Baptist Convention Pastors' Conference, representing over 42,000 churches. He has spoken at conferences, colleges, seminaries, rallies, camps, NBA and college chapel services, well as The Billy Graham Training Center at The Cove. He was also honored to be the sole Southern Baptist representative at a small group meeting with President George W. Bush in the oval office in 2002.

MINISTRY PHILOSOPHY: Michael's life verse: "For we do not preach ourselves but Christ Jesus as Lord, and ourselves as your bond-servants for Jesus' sake." (2 Corinthians 4:5) Michael's vision statement: "Whoever wants the next generation the most will get them."

EDUCATION: Michael holds degrees from Mississippi College, Luther Rice Bible College and Seminary and Trinity Seminary. He was awarded an honorary doctorate from the University of Mobile in 2010.

FAMILY: Michael and his wife Terri have been married since 1974. They are the proud parents of two grown daughters, Erin and Hayley.