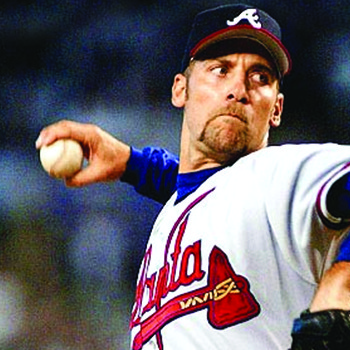 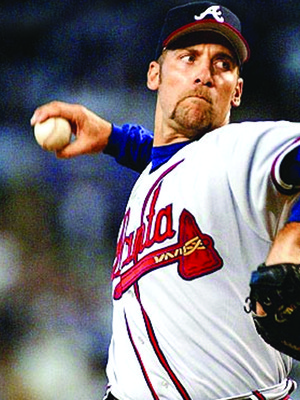 John Andrew Smoltz was born on May 15, 1967 in Warren, Michigan. He graduated from Waverly High School in Lansing, MI, where he received All-State honors in both baseball and basketball.

After graduation, John was drafted by the Detroit Tigers in the twenty-second round of the 1985 free-agent draft and signed by Bill Schudlich and Ken Madeja. He was traded to the Braves in exchange for Doyle Alexander in August 1987.

Smoltz reached the majors for good in 1989 and was a mainstay in the Atlanta starting rotation until he underwent ligament transplant surgery in March 2000. He returned to the roster in 2001, and after spending additional time on the disabled list, Smoltz joined the Braves' bullpen at mid-season and became one of the most dominating closers in the National League.

On December 2, 2001, he was re-signed by the Braves for $30 million over next three years. Smoltz should once again fill the role of closer during the 2002 season.