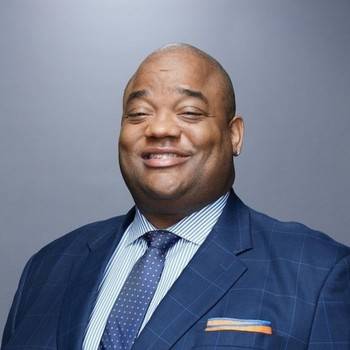 In the absence of religious faith, fear reigns, and freedom recedes.

Facebook and Twitter finished the mission of turning America secular, godless, and shamelessly immoral. The apps allegedly intended to bring us together have torn us apart. We should not be surprised. The apps urge self-worship, celebrity worship, and consumerism, which lead to hedonism, idolatry, and materialism. 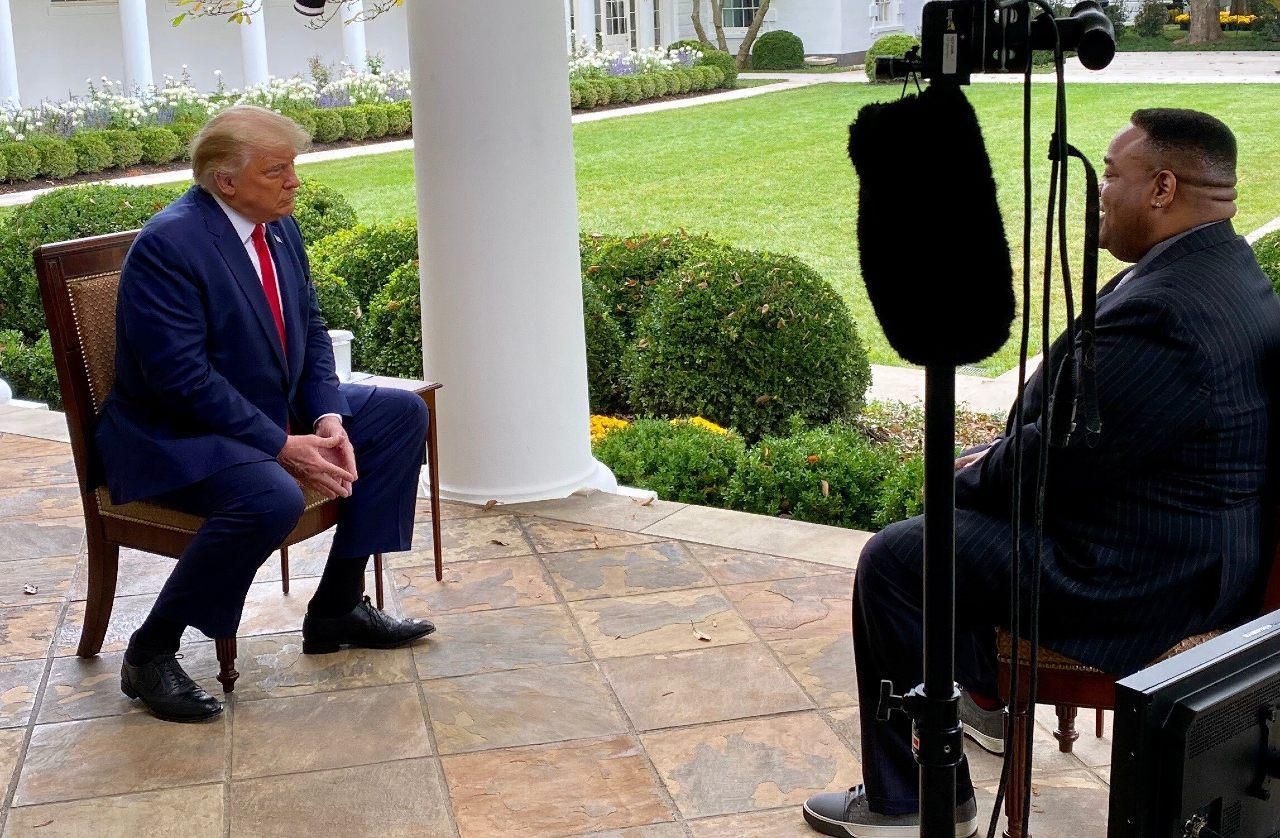 They're conservatives. Or Republicans. Or nationalists, both white and black. Or libertarians. Or liberals. Or social justice activists. Or, worse, Trump supporters and Trump resisters.

They avoid saying the name that made John Brown and Frederick Douglass abolitionists, compelled Thomas Jefferson to write that "all men are created equal," comforted Union soldiers during the Civil War, and inspired Dr. Martin Luther King Jr.'s dream. They avoid directly referring to the name that made America great in the first place, the name that forced us to overcome our superficial differences and transform those differences into our greatest strength. 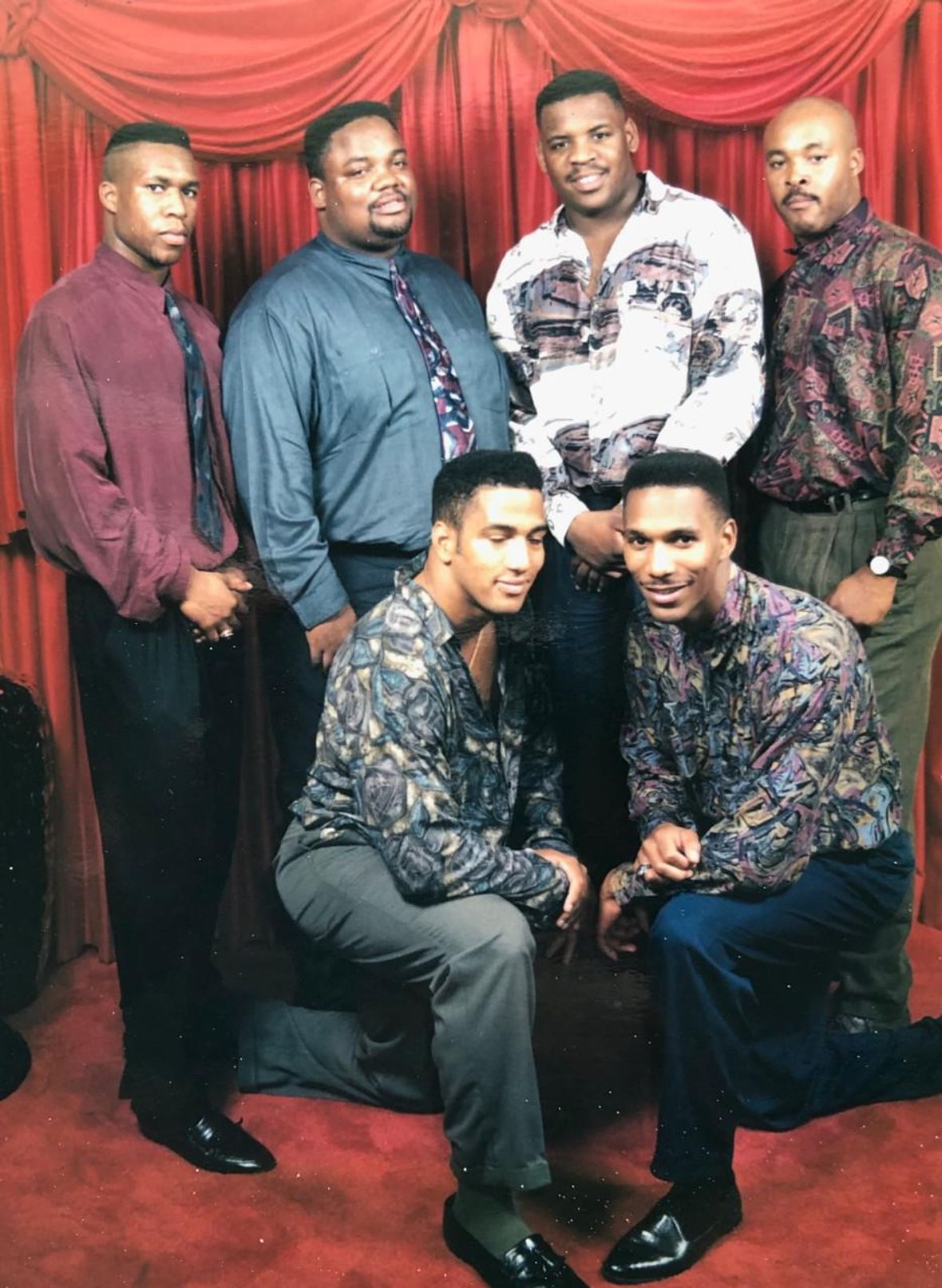 Fear is the enemy of truth, freedom, and the American dream.

I signed a contract to partner with Blaze Media on a digital media project dedicated to pushing back against the corporate-supported, systematic effort to undermine America through racial division and fear. I joined Blaze Media because I wanted to partner with people who wouldn't look at me funny when I referred to Jesus as part of my journalistic worldview and platform.

I joined Blaze Media because Glenn Beck smiled when I said Jesus is the only solution for what ails America, because Steve Deace wears his faith publicly, and so do Phil Robertson, Allie Beth Stuckey, and others.

I am not a sports journalist-turned-preacher. I'm not a finger-wagging hypocrite looking down on the people who don't share my beliefs. I'm a sinner. I'm the same guy who wrote hilarious Pussy Galore columns for Fox Sports, the same guy who used to waste his time and money drinking and carousing inside the Spearmint Rhino in Las Vegas, Tootsie's in Miami, Diamond Joe's in Kansas City, and Magic City in Atlanta.

I'm someone who knows that in order for me to make better decisions — in all aspects of my life — I need Jesus.

I'm someone who recognizes that any success I've achieved in a 30-year career is a byproduct of the values my grandmother, a tiny church in Indianapolis, my parents, and my siblings instilled in me as a young boy.

My testimony is amazing. It's further evidence of the power of faith and the availability of the American dream.

My brand and approach to journalism and broadcasting are fearless. My courage is rooted in faith. 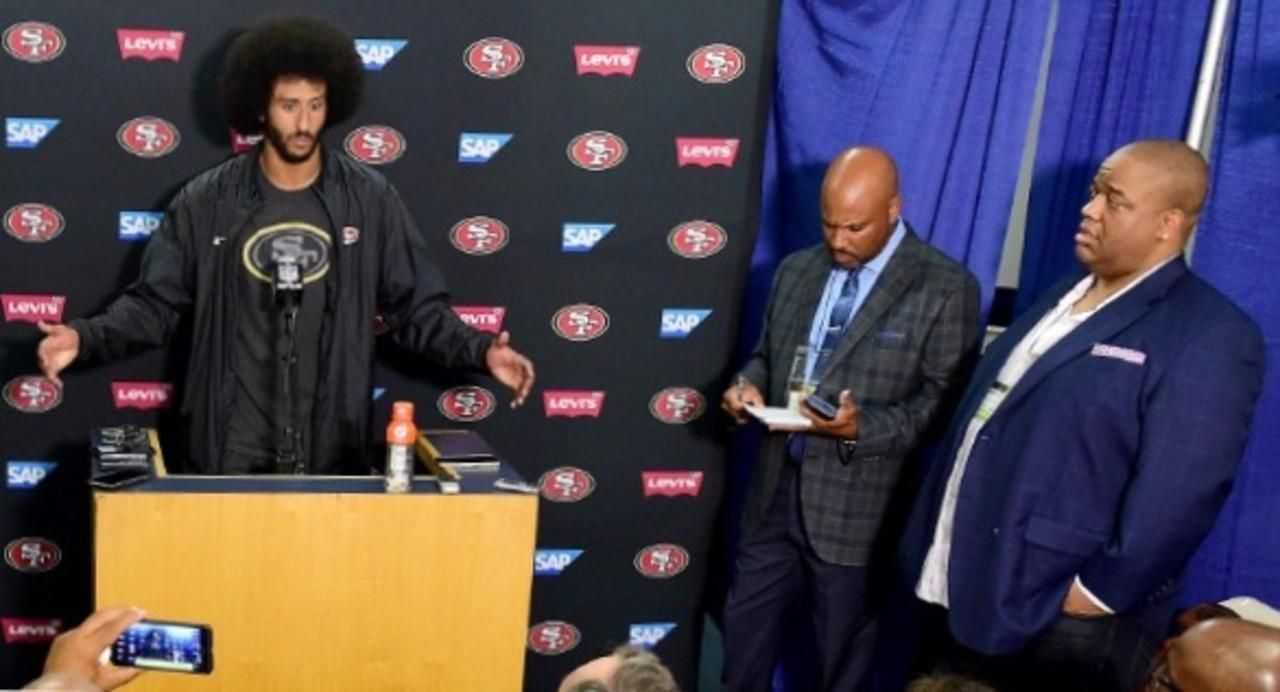 Fear is destroying America. It locked us in our homes, forced us to cover our faces, and forbade us to worship together for more than a year. It stole freedoms we took for granted. It allowed Colin Kaepernick to polarize our national anthem. It turned rare incidents of deadly police misconduct into a fictional genocidal pandemic. It spawned race hoaxes and a generation of race-baiting grifters. It diminished sports' ability to unify.

That's why we are launching the Fearless platform, which will start with my show, "Fearless with Jason Whitlock," and a second podcast showcasing my friendship with my right-hand man, "Uncle Jimmy" (Dodds), and will eventually include a Fearless writing vertical.

We're going to fight back. We're going to be the abolitionists of fear. From my new hometown of Nashville, Tennessee, we're joining hands with Beck, Deace, Robertson, Mark Levin, Steven Crowder, Dave Rubin, Allie Beth Stuckey, and the rest of Blaze Media to stand as an example of what Americans can accomplish when we put our differences aside and work together.

On the surface, Fearless will look a little different from the rest of the Blaze Media family. But our love of country will be just as strong, our appreciation for this nation's founding documents just as sincere, and our search for liberating truths just as intense.

The 400-year African American journey is this nation's most compelling and powerful narrative. It's proof the American dream is real and attainable. That's why our adversaries abroad and within are perverting, manipulating, and weaponizing the African American narrative. Black Americans' fight for freedom made the United States live up to the ideals espoused in the Declaration of Independence — the equality of man and unalienable rights bestowed by our Creator.

Our relentless pursuit of freedom was the iron that sharpened American iron. 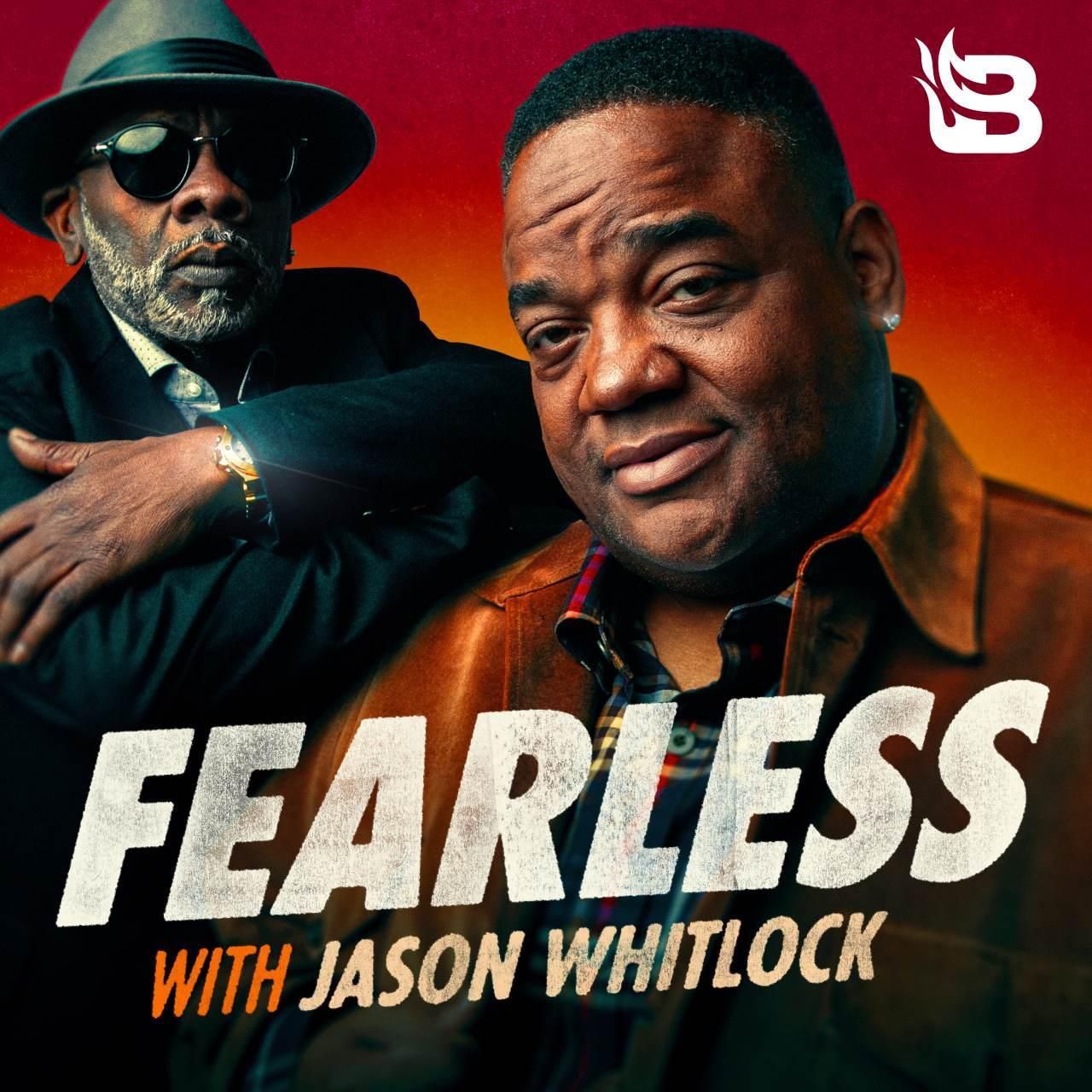 The Chinese Communist Party knows this. The revolutionaries in Satan-con Valley know this. The editors at the New York Times know this. The trained, self-described Marxists who founded Black Lives Matter know this.

In order to destroy America, you must cripple belief in the rags-to-riches American dream and the conviction that America is a force for good. Reshaping the African American narrative into a journey that damns this nation — rather than one that illuminates our unprecedented resolve to do better — hastens our decline.

"Black Twitter" is not an organic construct. It's a social media algorithm designed to paint any truth-speaking public figure as a racist or a race traitor. The New York Times' 1619 Project isn't journalism. It's the companion of academia's virus, critical race theory, propaganda designed to foster racial animus and erode black patriotism. Black Lives Matter isn't concerned with the welfare of black men. It's a fundraising arm of the Democratic Party and a lobbyist for the LGBTQ agenda.

The racial conflict BLM, Antifa, and social media influencers promote smokescreens a far more insidious plot — the plot to cancel Jesus and impose a cultural Marxism on the United States. Global elites prefer China's system of authoritarian governance and worker exploitation. Backers of the Great Reset and Build Back Better prefer that America function the way China does. Jesus and communism cannot coexist. Karl Marx, the father of Marxism and the proponent of communism, explained that in his political theory.

The racial smokescreen is working. We're losing the faux race war and surrendering the freedoms that made America the envy of the world.

We're losing because we've sidelined our best soldier — Jesus. The original combatants of the Civil War drew on Jesus as their primary power source. Have you ever studied the lyrics of the Battle Hymn of the Republic?

In the beauty of the lilies Christ was borne across the sea
With a glory in his bosom that transfigures you and me
As he died to make men holy let us die to make men free
His truth is marching on
Glory, glory hallelujah

Julia Ward Howe, a white abolitionist, wrote those words in 1861. The words spurred men to sacrifice their lives for the freedom of others. Mine eyes have seen the glory of what Americans can accomplish when we come together as one nation under God, when we conquer our fears.

Your sin does not nullify your Christianity. It justifies it. Let go of that fear. Your sins, no matter what they are, do not prohibit you from speaking truth, standing on biblical principles, and being heard.

The enemies of truth, the elites rewriting history and redefining American freedom, are not silent or scared. Their immorality (sin) emboldens them. Our sin silences us. Not any more. Not if I can help it.

The mission statement of the Fearless Project is simple: We're a digital media platform dedicated to promoting a culture of fearlessness, free speech, truth-seeking, and American patriotism.

We will accomplish our mission by critiquing, lampooning, and probing the events shaping conversations around sports, race, and popular culture.

You will not have to believe what I believe to enjoy and benefit from "Fearless." That's the gift of Judeo-Christian culture. It works to ensure that non-believers receive the same opportunity to pursue their dreams as everyone else.

Originally posted on The Blaze.

Want Jason Whitlock for your next event?

In the absence of religious faith, fear reigns, and freedom recedes. Discerning the origin of the current, fear-based American social climate is not difficult. Don't blame scientists in China for releasing the angst virus assaulting traditional American liberties. Blame the tech engineers operating in Silicon Valley laboratories. They ...
Read More