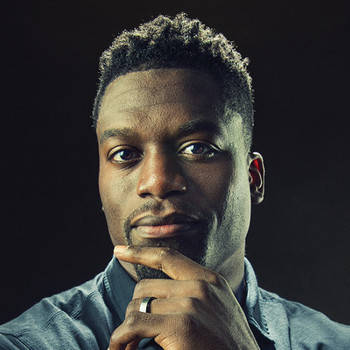 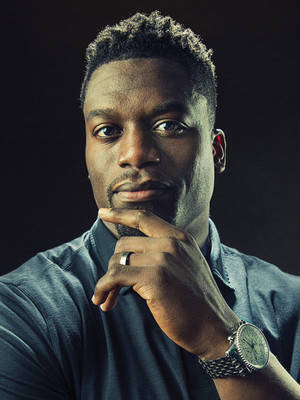 A first round draft pick and Super Bowl Champion, Benjamin Watson is a true talent and an offensive force in the NFL. While in high school in South Carolina, Benjamin was a standout athlete. His talents afforded him a place on the Duke University football team and later with the University of Georgia. In his senior year, Benjamin was selected as an NCAA preseason All-American and an All-SEC selection at UGA. He was also named the Bulldogs' offensive captain for the season and was honored as an All-SEC selection by numerous publications after a stellar season, capped off by touchdown receptions in both the SEC Championship game and the Capital One Bowl.

It is no surprise that Benjamin was a first round NFL draft selection. The New England Patriots knew he was a special talent and selected him as the 32nd overall pick. He has been a powerhouse in the NFL ever since. Known for his speed and astounding athletic ability, Benjamin is widely recognized for what is considered "the most amazing play of the entire 2005-2006 NFL season" - a remarkable run to deny a touchdown in a critical playoff game.

After six successful seasons with the Patriots, Benjamin landed with the Cleveland Browns where he continued to be a dominating force, leading the team in receptions, receiving yards and receiving touchdowns. As an NFL veteran, Benjamin has been a key playmaker for teams such as the New England Patriots, Cleveland Browns, Baltimore Ravens and the New Orleans Saints. With 547 receptions and over 6,000 yards in his career, Benjamin has been a model of consistency and talent through his 16 years in the league.

Benjamin's passion for football mirrors his passion for giving back. Understanding just how blessed he is, Benjamin and his wife Kirsten established their foundation, One More. One More is a non-profit organization dedicated to impacting the lives of those in need by providing enrichment opportunities and promoting education through charitable initiatives and partnerships. Benjamin holds annual events such as The Big BENefit Christmas Toy Giveaway, Thanksgiving Turkey Drop, School Givebacks and much more. Benjamin also partners on numerous events and projects with the International Justice Mission, working to end sex trafficking.

In 2015 & 2017, the NFL recognized Benjamin for his incredible philanthropic efforts by naming him a Walter Payton Man of the Year Finalist. Benjamin also received the prestigious 2017 Bart Starr Award. Off the field accomplishments for Benjamin also include being cast in The American Bible Challenge, participating in the 14 th Annual Super Bowl Gospel Fest, speaking at the Pentagon, Liberty University, SXSW and being named one of CNN's Most Extraordinary People of 2014.

In 2015 Benjamin wrote several powerful essays on cultural topics; his most notable outlined his thoughts on racial tension in America and became an internet sensation, reaching over 44 million. This Facebook post was the catalyst for Benjamin to write his first book, Under Our Skin , which garnered critical acclaim and eventually led to the release of his highly anticipated second literary work, The New Dad's Playbook .

Benjamin's uncanny ability to objectively address controversial topics in such an eloquent manner has placed him on major TV networks, such as ABC's Good Morning America, CNN, Fox News, MSNBC, the Christian Broadcasting Network, and the Dr. Phil Show to share his opinions. Benjamin has also spoken on current events at schools, churches, and conferences across the country.

Benjamin's talents on and off the field, coupled with his down-to-earth personality, have paved the path to a very bright future post-NFL. In 2018, Benjamin announced he would be retiring after 15 seasons in the NFL, along with a surprise in-game touchdown celebration announcing that he and his wife are expanding their family, expecting twins in spring of 2019. To only shock the world once more, Benjamin returned to the NFL for one final season. Joining the New England Patriots in 2019, Benjamin was able to give it all he's got and end that chapter of his life knowing he left it all on the field. In 2020, Benjamin announced he is officially retiring from the game of football.

At the age of 39, Benjamin Watson has accomplished the American dream: He played 16 seasons in the NFL, was a team member on the New England Patriots, and scored a championship ring in Super Bowl XXXIX.

However, one of Watson's greatest passions in life is to protect the lives of the most defenseless. As one of the most outspoken pro-life voices in media, Watson and his wife Kirsten personally devote their time and money to assist pregnancy resource centers. He has also addressed the March for Life, which takes place every year in Washington, D.C.

This year, Watson will star in Divided Hearts of America, a moving pro-life film that is being produced by himself alongside many notable pro-life advocates such as Alveda King, Ben Carson, and Abby Johnson.

Watson and his wife are also founders of One More, a non-profit organization dedicated to impacting the lives of those in need by providing enrichment opportunities and promoting education through charitable initiatives and partnerships.