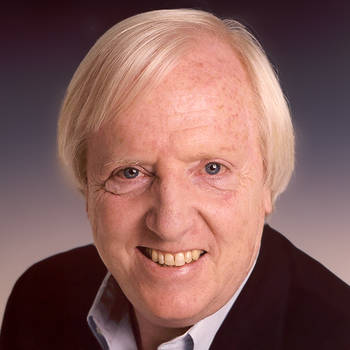 Best-Selling Author of Take Their Breath Away, Wired and Dangerous, Customers as Partners and Managers as Mentors

It started in early films.  Movies, especially comedies, usually ended in an entertaining chase.  Directors would sometimes pad their films with too much dialogue leading the audience to think, "cut to the chase."  The phrase has come to mean, "Just get to the point."  While a timesaver in conversation, it can rob you of a deeper understanding of your customers and their real needs and expectations.  And, the impatient mental attitude is spilled over into non-verbals your customer can read like a headline.

We live in a time's up era that seduces everything in life to happen at warp speed.  I use to read the newspaper, but I have an app for my smartphone that provides me with the headlines and a tiny bit of story.  Too often, when I get a longer than usual email from a friend or family member,  I speed read to the end to find out their punchline.  And, I have learned that drive-by everything can be addictive.  You have the semblance of being on top of everything, but it comes at a price—you miss the real story, the subtle meaning, and the deeper, richer interpretation.  You might pass the "just the facts" test, but you would flunk the implications and applications exam!

I thought Sgt. Joe Friday was super cool.  He was a detective in the early 1950's TV show "Dragnet" with his famous line, "Just the facts, mam."  It was an early rendition of "cut to the chase."  I recently watched an old program starring Jack Webb and, for the first time, realized how boring he was; how uncompassionate his style.  He might have solved a lot of crimes, but he would not be someone I would invite to a dinner party.

Your customers have a story they want and need to share.  You can encourage them to cut to the chase (verbally and non-verbally) and perhaps solve their immediate problem or meet their superficial needs.  Or, you can take the time to listen without a stopwatch agenda and make them feel valued.  With the first approach, you get a customer who perhaps departs satisfied; with the second, you get a devoted fan willing to be a part of your marketing outreach and bring in more customers to elevate your bottom line.  It is your call.  Do you want a quick resolution, or do you want a customer for life?

Instead of listening to understand, focus on listening to interpret. Pretend you are an emotional translator, not just an eavesdropper.  Paraphrasing is an interpersonal tool that involves listeners mirroring the meaning of what was heard as a sentence that ends in a period, not a question mark or an exclamation point.  It is not parroting or repeating, which can sound wooden; it is your words reflecting the meaning you heard. But, the most significant gain comes in the attentiveness required to paraphrase in the first place.  With practice, it will stop feeling contrived and become as natural and as effective as master paraphrasers Larry King or Oprah Winfrey.

Customer care is not about a love affair.  Yet, it possesses some of the same features as being "in love." Recall the early days with a person with whom you were "in love."  You hung onto every word, did not miss a single non-verbal, and were attentive to their every whim.  Your antenna of adoration was raised high, and you looked hard for tiny, subtle ways to emotionally connect.  That is what empathy looks like in action.  Its magic is its capacity to cause its target to lower their emotional shield and model your openness.

My wife's hairdresser, Johnny Adair, occasionally gets a permanent. When I asked him for his reasoning for this unique practice, he said, "I see my customers' facial expressions of vulnerability, embarrassment, or discomfort, I want to know more about what I can do to lighten their emotional and physical burden. Experiencing what they go through has enhanced my attention to the details I can manage to make getting a hair permanent a little less unpleasant."

When my friend John Longstreet was the general manager of the Harvey Hotel in Plano, Texas, he occasionally served free breakfast to the taxi drivers who transported guests from his hotel property mostly to DFW airport after their hotel stay.  During breakfast, he held a focus group discussion to learn more about what drivers learned from his guests.  He learned far more than facts; he learned insights, those aha's not likely gleaned from a survey or answers to a "How was your stay?" query from a front desk clerk.  Bathroom towels with a slightly scorched smell were not about a careless housekeeper who left them in the dryer too long; to guests, it was about the potential of a hotel fire. A burned-out security light in the parking lot really meant a perceived lack of security in hotel hallways. Dust balls under the bed signaled bugs on the way.  The examination of meaning, not facts, led to a whole set of insights that created depth to the solutions.  When employees learned insights behind common hiccups, their attention to detail and preventive maintenance went up significantly.

Fred Rogers was a master at attentive listening. "More and more I've come to understand that listening is one of the most important things we can do for one another," he wrote.  "Whether that person is speaking or playing or dancing, building or singing or painting, if we care, we can listen."  As Mr. Rogers' council relates to your customers when they feel genuinely heard and deeply valued, they will want to bring their friends and funds to "your neighborhood."

Want Chip Bell for your next event?

October 31, 2014
Keynote speakers are an odd lot. Most of us have egos the size of Texas and quirky requirements that can ...
Read more

It started in early films.Movies, especially comedies, usually ended in an entertaining chase.Directors would sometimes pad their films with too much dialogue leading the audience to think, "cut to the chase."The phrase has come to mean, "Just get to the point."While a timesaver in conversation, it can rob you of a deeper understanding of your c...
Read More

"Sir, we can do anything!" These strong words were the front desk clerk's response to my "I have a special request." Before he even heard my plea, he gave me a full-frontal view of the Ritz-Carlton hotel attitude.Since it was a few days before the Christmas holidays, I am sure he had been repeatedly bombarded with way too many "May I's" and "Can...
Read More

Keynote speakers are an odd lot. Most of us have egos the size of Texas and quirky requirements that can drive a meeting planner absolutely nuts. Our superstitions about how to get a standing ovation may outnumber the attendees in your audience. We can be as finicky as rock stars and as unpredictable as teenagers. We can't be controlled, but we ...
Read More