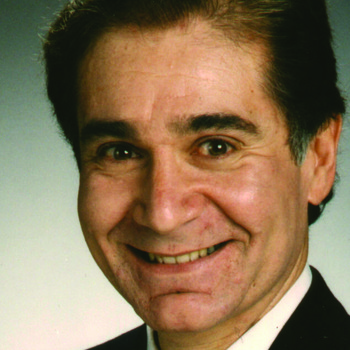 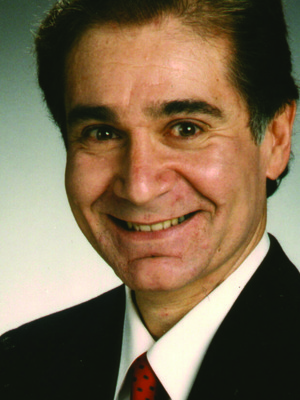 In his keynote speech at a Clinton White House Conference, Charles Garfield began by saying, "My mission is to translate the real lessons of our nation's high achieving organizations and their people into consistent bottom line results."

He is author of the widely acclaimed Peak Performance trilogy, Peak Performers, Team Management and Second to None. His books focus on high performing individuals, teams and organizations respectively and established Dr. Charles Garfield as one of America's leading authorities on high achievement. Simply put, the trilogy constitutes a blueprint for leaders and teams pressured to continuously improve while doing more with less.

As a computer scientist and a member of a team of engineers, analysts and support staff on the Apollo Eleven project, our first lunar landing, Charles Garfield was part of a group of empowered people who went far beyond their previous results to legendary achievement. It was his work on the first moon-landing project that led to his discovery of the dynamics of peak performance.

For over thirty years, Charles Garfield has conducted one of the nation's most respected studies of business and nonprofit high achievers and their organizations. His conclusions form the basis of some of today's most forward thinking management strategies. Basic to his findings: Regardless of age, educational background, or profession, America's most productive people share the same set of basic skills, and these skills are learnable.

In Second to None, the only book ever chosen as a main selection twice by the Executive Program, America's most prestigious executive book club, Charles Garfield makes it clear that "in the competitive world of the twenty-first century, even yesterday's levels of service, quality and performance aren't enough."

Second to None breaks new ground by showing how our smartest, leanest, and most productive organizations compete in turbulent times by recruiting, rewarding, training, and retaining top talent. Diverse and committed people who realize that "total quality, superior service, continuous improvement, and peak performance pay, and average quality, service, improvement, and performance cost." Second to None has been called "a manifesto for organizational high performance in our time."

Team Management, published in German, shows how the most effective leaders in the U.S. and abroad develop and manage superior teams. Charles Garfield explains how employees of our most successful organizations supervise themselves, maintain product quality through their own efforts, solve most service problems before management ever sees them, and produce thousands of usable suggestions per year.

Charles Garfield's classic book, Peak Performers: The New Heroes of American Business, quickly became a Time bestseller and one of the most influential business books of the past two decades. Peak Performers, translated into twelve languages, continues to receive international acclaim as the most powerful and comprehensive statement to date on America's most effective business people.

Dr. Garfield's remarkable career is itself a study in the "how-to's" of high performance. He is co-founding editor (along with Stephen Covey and Ken Blanchard) of Executive Excellence, one of America's most important executive newsletters.

A strategy advisor to our nation's pre-eminent business and nonprofit leaders, Charles Garfield is an extraordinary speaker and one of America's most requested presenters. For example, he was invited to address the Leadership of Oklahoma City - after the bombing of the federal building - on the topic of rebounding from adversity.

Charles Garfield's unique power as a speaker comes from his hands-on experience as an executive and team leader in the profit and non-profit sectors Xwitnessing, learning, and demonstrating the key skills of superior service, quality and performance. This expertise was developed in two compelling and challenging contexts: The Apollo Eleven moon-landing and Shanti Project.

As founder and executive director of Shanti Project, the most successful organization in its field, he inspired service excellence for peak performers of another kind, patients and families facing life-threatening illness. His emphasis on total quality management and his results oriented leadership style made Shanti an internationally acclaimed volunteer organization. For his work with Shanti, Garfield was named National Activist of the Year, America's highest award to individuals making voluntary contributions to public service.

He applied his principles of high achievement to athletics and wrote the widely respected Peak Performance: Mental Training Techniques of the World's Greatest Athletes. As a result, Charles Garfield was selected by the United States Olympic Committee as a keynote speaker for the esteemed Elite Coaches Symposium, addressing the head coaches of our Olympic sports.

Charles Garfield is a Clinical Professor at the University of California Medical School in San Francisco and is involved in the complex issues of healthcare leadership and reform.

He is CEO of the Charles Garfield Group, a consulting and educational firm specializing in strategies for superior service, quality and performance. His bold vision of the farther reaches of human performance brings him into frequent contact with leaders in business, healthcare, the nonprofit sector and government worldwide.