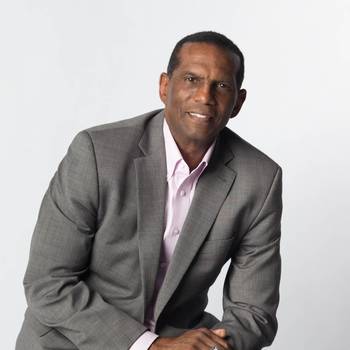 My ancestor Silas Burgess came to America in chains. But even he was able to live the American Dream.

My great-great-grandfather Silas Burgess came to America shackled in the belly of a slave ship. He was sold on an auction block in Charleston, S.C., to the Burgess Plantation. Orphaned by age 8, he was fortunately surrounded by elder slaves who, though physically chained, mentally envisioned themselves as free men. They escaped, taking young Silas with them, making their way to West Texas via the southern route of the Underground Railroad. Silas became a risk-taking entrepreneur and the owner of 102 acres of farmland, which he cultivated and paid off within two years. I proudly carry the name of my first American ancestor—who, like millions of others drawn or brought to our country, struggled past overwhelming obstacles to live the American Dream.

Silas founded the first black church and first black elementary school in his town. He was a proud Republican, a devout Christian, the patriarch of a large family, and a pillar of his community. He was proud and industrious and taught his children to be the same.

Now, because of him, a bunch of Democratic presidential hopefuls want to give me money. Never mind that like Silas, I am an entrepreneur who has lived the American dream—having received a world-class education, built businesses, raised a remarkable family and, unlike most white Americans, earned a Super Bowl ring. Because of work I’ve never done, stripes I’ve never had, under a whip I’ll never know, Kamala Harris, Beto O’Rourke, Elizabeth Warren and others want to give me free stuff. Never mind that it will be taken from others, who also dreamed, worked and sacrificed to earn it.

I wonder what great-great-grandpa Silas would think.

At the core of the reparation movement is a divisive and demeaning view of both races. It grants to the white race a wicked superiority, treating them as an oppressed people too powerful for black Americans to overcome. It brands blacks as hapless victims devoid of the ability, which every other culture possesses, to assimilate and progress. Neither label is earned.

The reparations movement conveniently forgets the 150 years of legal, social and economic progress attained by millions of American minorities. It also minimizes the sacrifice that hundreds of thousands of white Americans and a Republican president made laying down their lives to eradicate slavery. I think grandpa Silas would believe that this historical loss of life alone is payment in full. Every proud, contributing and thankful generation of black Americans since would think the same.

The reparation movement also reinforces a spiritual view of racial relationships that is antithetical to America’s Judeo-Christian foundation. It defies the ideals of forgiveness and second chances and scorns individual accountability. Proponents of reparations act as though black Americans are incapable of carrying their own burdens, while white Americans must bear the sins of those who came before.

The idea of reparations demeans America’s founding ideals. A culturally Marxist idea promoted by socialists, reparations deny the promise granted by an omnipotent God that we are truly equal and that regardless of race we are capable of overcoming obstacles and past injustices. By indoctrinating others into this cynical ideology, an elitist class of progressives exploits past differences and ensures that they will divide us into the future.

It is their divisive message that marks the black race as forever broken, as a people whose healing comes only through the guilt, pity, profits and benevolence of the white race. This perception is playing out on our nation’s college campuses, where young white Americans claim privilege due to their skin color and young black Americans, with no apparent shame, accept this demeaning of their own color as truth.

As they repeat this mantra, they seem unaware that this perception was also shared by the 1960s Southern white supremacists of my youth. They have accepted the theory that skin color alone is capable of making one race superior to the other—that through an irremovable white advantage, with no additional effort, values, personal initiative, honesty or education, white Americans will succeed, while black Americans will fail. At its very core, this represents the condescending evil of racism.

It certainly does not represent black America’s potential. Despite the Great Society programs that introduced all sorts of perverse, dependency-inducing, and antifamily incentives into the black community some 50 years ago, 40% of black households today live the middle-class American Dream according to census data, making between $35,000 and $99,999. Many rank among our nation’s most powerful and prestigious. There are tens of thousands of black Americans among our nation’s top 1% income earners.

The journeys of these Americans to wealth and prominence vary, like those of their white counterparts, but many benefitted from having ancestors who embraced the opportunities their country provided and who left behind a legacy of proud, productive, patriotic and successful families. Why should these people be given a handout? Grandpa Silas never believed anyone owed him success. Why should I believe white Americans owe me anything?

Socialist historians have for generations hidden the contributions and success of the black community in America. This has cost us our pride in our past, taken our appreciation for the present, and left us with a lack of vision for our future. The message from our past great black generations is simple: Character cannot be bought and will never allow itself to be diminished by bribery.

Grandpa Silas’s life expectancy was 36. Mine is almost 76. According to a recent report from the Centers for Disease Control and Prevention, by living past 65, my life expectancy may be longer than whites of the same age. Which I guess is good, if reparations advocates are going to make me spend grandpa’s money.

To book Burgess Owens for your next event, visit his profile: https://premierespeakers.com/burgess_owens
Burgess is the author of Liberalism or How to Turn Good Men into Whiners, Weenies and Wimps and Why I Stand: From Freedom to the Killing Fields of Socialism. To order copies in bulk for your event, please visit BulkBooks.com.

Want Burgess Owens for your next event?

July 13, 2019
My ancestor Silas Burgess came to America in chains. But even he was able to live ...
Read more

My ancestor Silas Burgess came to America in chains. But even he was able to live the American Dream. My great-great-grandfather Silas Burgess came to America shackled in the belly of a slave ship. He was sold on an auction block in Charleston, S.C., to the Burgess Plantation. Orphaned by age 8, he was fortunately surrounded by elder slav...
Read More

Ex-NFL star Burgess Owens: The flag and why I stand Burgess Owens on NFL ratings and national anthem protests Former NFL player shares his thoughts with 'Fox &amp; Friends' As we enter a second season of protest of our country's flag by young, wealthy black NFL athletes, millions of fans will continue to turn off America's favorite ...
Read More