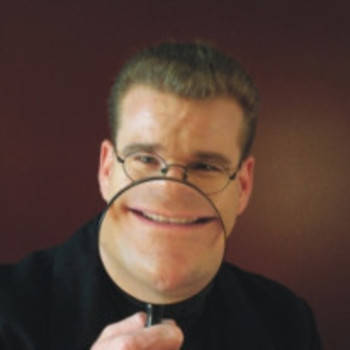 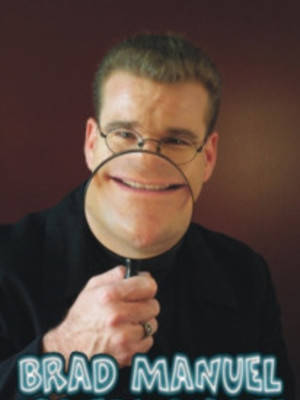 Brad Manuel is one of the funniest and creative performers in magic today. His award winning shows feature his original mind blowing magic and hilarious comedy with his AUSTRALIAN style that combine to deliver an experience that has been described as "COMIC GENIUS"

Brad is internationally renowned for his "audience-involving" comedy and magic and is a much sought after performer for corporate functions throughout Australia and overseas. Brad has entertained for clients including Pfizer Pharmaceutical, Channel Seven, Southern Cross Ten, Lend Lease, Acer and Orica just to name a few.

Brad is also a very well respected name amongst international magicians as an inventor and original creator of magical effects and routines. Many top magicians worldwide currently perform some routines created by Brad with his permission. The world's best magic suppliers carry the BRAD MANUEL COMEDY MAGIC line of products and routines created by Brad for professional magicians and entertainers.

SOME THINGS YOU WILL SEE IN THE SHOW
-BRAD PULLS 4 FULL COCKTAIL SHOOTER GLASSES OUT OF HIS SHOE ... AND SOMEHOW MANAGES TO GET SOMEONE FROM THE AUDIENCE TO ACTUALLY DRINK THEM!
-BRAD'S BIG DECK ROUTINE!
IF YOU ASK FOR IT, YOU MIGHT SEE A BIG VERSION OF BRAD'S AMAZING DICE STACKING!
-SEE HOW TO WIN AT A CASINO!
-WITNESS BRAD'S HILARIOUS TRIBUTE TO "THE MUPPET SHOW" AS BRAD TURNS SOMEONE FROM THE AUDIENCE INTO A PUPPET LIVE ON STAGE!
-AND YOU WON'T BELIEVE WHAT'S IN THE PEANUT BUTTER!

Brad Manuel also has the unique title of unofficial world record holder for DICE STACKING. A truly amazing but rarely seen feat of skill to manipulate and stack dice inside an upturned cup, his current record stands at 25 dice. Anyone who witnesses Brad's exhibition of Dice Stacking is astounded and Brad loves to have people try (which proves very amusing for spectators)