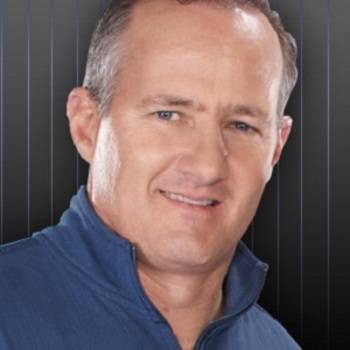 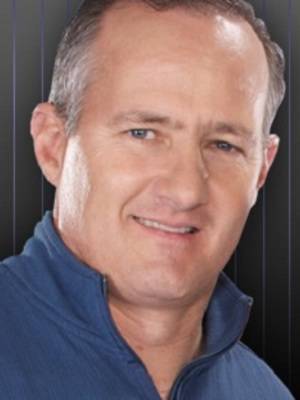 A member of the 1992, 1993 and 1995 Super Bowl Champions team, Bill has been a long time favorite of Cowboys fans. He was named the winner of the Bob Lilly Award four years in a row, from 1990 - 1994. This award is selected by a vote of the fans and annually goes to the Cowboy player who displays leadership and character on and off the field. The 1993 season had seen him return from a disabling knee injury that prematurely ended his 1992 season. After the 1993 season Bill was selected by his teammates to receive the Ed Block Courage Award for successfully overcoming his injury. In 1995, Bill was named by the fans and his team-mates the "Unsung Hero" award, which is given to one player from each NFL team. He has also been the recipient of the Dallas All Sports Association Courage Award. Bill was selected to the All-Madden Team for twelve years in a row and made the roster of the Madden-Summerall "ALL DALLAS COWBOY TEAM" and the Madden Hall of Fame.

Bates named the Cowboys three Super Bowl victories as the most memorable moments of his playing career. He was a part of championship teams in 1992, 1993, and 1995 as Dallas cemented its place as the team of the 90s. But one of his favorite memories involves the famed coif of his former coach. "There was that time when we defeated the Redskins in Washington, around the time when Jimmy Johnson first came to Dallas," Bates recalled. "At the end of the game I rubbed his head - not on purpose - which appeared to be sprayed down with hair spray and everyone was getting on him about it. For years after that, the clip where I rubbed his head was used as the opening to a sports show- fortunately that didn't end my career."

When Bates retired following the 1997 season, he tied the club record for service with 15 seasons in Dallas. In that time he amassed 217 games played (second in team history), over 700 tackles and 14 interceptions.
Bates joined the Cowboys again as a special teams/defensive assistant coach in 1998 under then-head coach Chan Gailey. He was defensive backs coach in 2000 and defensive nickel package/special teams assistant the following two seasons.

While Bates has many great memories and stories from his time in the NFL, he has always been a family man first and foremost. When he and his wife Denise had triplets in 1989, he gained a new perspective on raising kids. "Having as many kids as I did made me want to really look out for the community," he said. It was these blessings plus the births of Tanner in 1991 and Dillon in 1995 that motivated the founding of the Bill Bates Foundation for Children. The foundation helps distribute funds to other organizations dedicated to helping kids. Bates was named the "Best Dad in Dallas" in 1994 for his ability to juggle his football career and fatherhood.

Bates currently is working to create a safer environment for football players through the production of air-cooled shoulder pads and the Temperature Management System (TMS). These pads were designed by researchers at the University of Florida who also created the Gatorade sports beverages. The TMS acts as a players' personal air conditioner and lowers the temperature of a players' body, thus reducing the chances of a heat stroke caused by dehydration. When the shoulder pads are hooked up to the cooling unit, cool air passes over areas of the player's shoulders and back. The Dallas Cowboys, Houston Texans, Green Bay Packers, Jacksonville Jaguars and the 2006 World Champions Indianapolis Colts are among the NFL teams that have already adopted the new air-cooled shoulder pads. As well, the Florida Gators.

As a inspirational team leader, Bill exemplified the qualities of perseverance and dedication every time he stepped onto the field. Prior to the 1990 season, Jimmy Johnson tabbed Bill as the Cowboys' special team's captain. Also, as Barry Switzer took over he made sure his role would remain the same and he held that position for the remainder of his career. In 1995, his leadership and intelligence helped the Dallas special teams become one of the NFL's very. He was a very visible member of the Dallas nickel defense at middle linebacker position. His last minute interception at Chicago's Soldier Field preserved Dallas' 17 - 13 win in the team's triumphant return to the playoffs after a six year absence, and will surely go down as one of the big plays in the rebuilding of the Dallas Cowboys. Bates was one of only a handful of Dallas players who had previous post season experience as a Cowboy. One of the NFL's true success stories, Bill has been overcoming the odds his entire career, starting in 1983 when he made the team as a long shot free agent rookie and coached by head coach Tom Landry and secondary coach Gene Stallings. Bill immediately became a visible figure on the field with his ferocious special teams play. It was Bates' notoriety that helped propel the NFL into adding a spot on the Pro-Bowl teams for special teams coverage players. In 1984, he became the first NFC player so honored.

COLLEGE: Bill was a four year starting safety at Tennessee. He was named second-team All-Southeastern Conference his junior and senior seasons. Recently he was awarded a position on the 100 Year All Tennessee Team and induction to the Greater Knoxville Sports Hall of Fame. Bates developed a reputation as the Vol's hardest hitter and surest tackler. He intercepted nine passes and recovered six fumbles in his career.
PERSONAL: William Frederick Bates was born and raised in Knoxville, TN where he starred in football, basketball and as a sprinter on the track team at Farragut High School. He was all-state in football and basketball. Bill and his wife Denise have five children, triplets, Graham (Arkansas State playing football), Brianna (University of Florida) and Hunter (Northwestern playing football) 19, Tanner 16 and Dillon 13. Bill was named "Best Dad in Dallas" in June of 1994. He served as the Chairperson for the March of Dimes "Blue Jeans for Babies" campaign for healthier babies and Bank One "Spirit of Christmas" campaign which provides gifts for abused and needy children. Bill was the spokesperson for the Children's Advocacy Center golf tournament and he helped start the Wednesday's child golf tournament in Dallas benefiting homeless children. He continued his celebrity chair for the 21st year of the tournament. He also has donated his time and energy to various other charitable organizations including: United Way, Children's Medical Center, Scottish Rite Hospital, FCA, Campus Crusade and Young Life. Recently, Bill has started his own organization to benefit children. The Bill Bates Foundation For Children and The Bill Bates High School Football Classic were created to raise money for worthwhile organizations that help children.

After 15 years as a NFL player and 6 years as a coach in the League (5 for the Cowboys and 1 with the Jaguars), Bill is enjoying life out of the NFL. He coached his older boys team in Jacksonville at Nease High School and winning the 2005 Florida High School 4A State Championship (Heisman Trophy Winner Timmy Tebow) and runner up in 2006 and 2007. He is now coaching Tanner at Ponte Vedra High School. Also, he coached with Michael Irvin on his reality TV show on Spike TV called 4th and Long.

He is involved in a number of businesses which include Austin Custom Homes, Patio Scapes, Temperature Management Systems (air cooled football shoulder pads) My School Streams and he still owns the Bill Bates Cowboy Ranch (corporate family party ranch). The Bates' reside in Ponte Vedra Beach, Florida where they are raising and coaching their family.