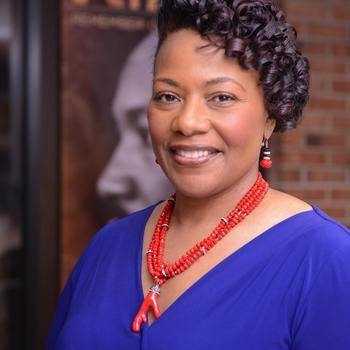 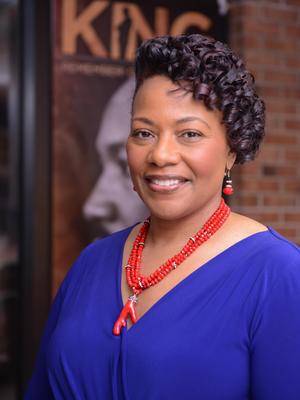 Bernice A. King (Be A King) is the Chief Executive Officer of The King Center, which was founded by her mother, in 1968. She was appointed to this position in January 2012 by the Board of Trustees. Nationally and internationally known as one of the most powerful, motivating and life-changing orators and speakers on the circuit today, Bernice leaves her audiences speechless and challenges people to RAISE THE STANDARD. Born the youngest daughter of the late Coretta Scott King and Dr. Martin Luther King, Jr., Bernice began her oratorical journey when she spoke in her mother's stead at the United Nations at age 17. Over the years, she has had the occasion to speak in such places as the steps of The Lincoln Memorial, The White House, major corporations and universities, and in places throughout the world including South Africa, Germany, and New Zealand to name a few.

Bernice is a graduate of Spelman College with a Bachelor of Arts degree in Psychology and a Masters of Divinity and Doctorate of Law Degrees from Emory University. She has also received an honorary Doctorate of Divinity degree from Wesley College. In honor of her mother, Coretta Scott King, Bernice returned to her alma-mater at Spelman College to announce the establishment of the Be A King Scholarship. She is currently a member of the State Bar of Georgia and a trained mediator. Bernice serves on the HOPE Southeastern Board of Directors of Operation HOPE and is a member of the International Women's Forum and National Council of Negro Women.

With a strong concern for youth, family and community partnership, Bernice was privileged to serve as a law clerk in the Fulton County Juvenile Court system, under Judge Glenda Hatchett, who was host of the nationally syndicated Judge Hatchett show. It was there that she realized that a growing number of teens have been double victims: first of society and secondly of an ineffective legal system based in retribution instead of rehabilitation. Bernice also serves as a mentor and advisor to the Coretta Scott King Young Women's Leadership Academy, grades 6-12, (CSKYWLA). She was delighted to serve as the high school commencement speaker, in May 2014, for the inaugural graduating class of young ladies who she first met in 2007 when they were in the 6th grade. In January of 2011, Bernice launched the "100 Days of Nonviolence" campaign at CSKYWLA to expose the girls to nonviolence as modeled by Dr. Martin Luther King, Jr. ("Nonviolence 365"), and to encourage them to begin embracing it as a way of life.

Through her work at the King Center, Bernice has continued to educate youth and adults about the nonviolence principles modeled by her parents. In 2012, she implemented an annual N.O.W. Encounter Summer Camp which has educated youth from New Mexico, South Carolina, Michigan, Alabama, and as far away as Cyprus. Because of the impact the camp had on their lives, youth from Cyprus returned two years in a row.

In 2013, as she continued her parent's legacy, she spearheaded the August 28, 2013, "Let Freedom Ring and Call to Action" event to commemorate the 50th Anniversary of the March on Washington and her father's famous "I Have a Dream" speech. This global event included President Obama, former Presidents Clinton and Carter, members of Congress, as well as many other international leaders, dignitaries and entertainers. In the spirit of her father, she was an instrumental factor in helping Aboriginals and others in Vancouver, Canada understand the importance of forgiveness, unconditional love and reconciliation, when she spoke to a crowd of over 75,000 people.

In 2014, as part of the Center's Nonviolence 365 education and training initiatives, she launched Students with King, which enables students to interact with King and Farris family members, as well as those who knew and worked with Dr. Martin Luther King, Jr. and Mrs. Coretta Scott King. As part of the student's interactive conversation, which is typically moderated by either a local radio or TV on-air personality, students are given the opportunity to learn about the more personal side of the King Legacy. Also, in 2014, Dr. King launched a series on interactive web-talks with students throughout the country using "Google Hangout" as the platform. This initiative enables her to use technology to converse with students while she is at The King Center and the students are in their classroom.

As part of her work in 2014, Dr. Bernice A. King provided Nonviolence 365 education training in Ferguson, Missouri that included students, teachers, law enforcement, gangs, businesses, community leaders and activists. She encouraged them to commit themselves to embracing nonviolence as a lifestyle. The work in Ferguson, MO continues, and the requests for Nonviolence 365 education and training continue to pour into The King Center.

In January 2015, under Dr. King's leadership, The King Center hosted its first Beloved Community Talk entitled "The Race Factor: The Lies, The Myths and The Truths" as part of its 2015 King Holiday Observance. One of the most moving and inspirational experiences hosted by Bernice, was The King Center's program commemorating her mother's life and legacy, entitled "Mothers in the Movement: From a Daughter's Perspective."

Bernice has been featured on numerous television shows, in magazines, as a television commentator and is the recipient of a host of awards and accolades. In April 2008, Bernice was one of the fifteen delegates selected to meet Pope Benedict XVI during his visit to the United States. A noted author, she has to her credit, Hard Questions, Heart Answers, a compelling and inspiring book.

She is an innovative, energetic and committed leader dedicated to fulfilling the calling of taking her parents legacy and The King Center into a new era.