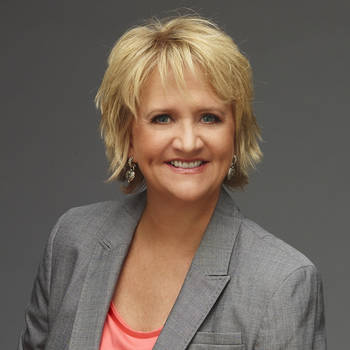 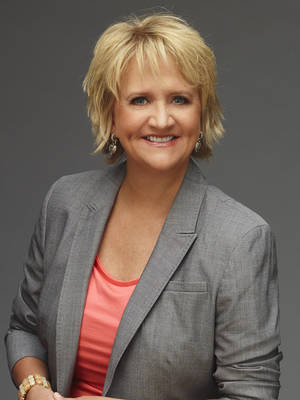 Armed with an abundance of unpretentious Southern charm and laser sharp wit, Chonda Pierce has been entertaining audiences from coast to coast for more than a decade. An in-demand stand up comic, television hostess and author, Pierce has parlayed her gift for storytelling into a multi-faceted career.

Pierce has authored six books with most recent being, Laughing In the Dark (Simon&Schuster/Howard) and has ranked among Pollstar's top-selling live performers. Her ninth comedy DVD, "Did I Say That Out Loud," released April 6, 2010. Pierce's DVDs are consistently strong sellers both on tour and in retail with SIX titles having been certified gold, signifying sales of more than 50,000 units and THREE titles certified platinum, signifying sales of more than 100,000 units. She's a frequent guest on the famed Grand Ole Opry and has served as host of the Inspirational Country Music Awards and Christian Music Hall of Fame Awards. She received THREE Daytime Emmy nominations for her work co-hosting "Aspiring Women," a talk show on the Total Living Network and her first television special, "This Ain't Prettyville!" appeared on CMT (Country Music Television) nationwide. Her comedy is regularly featured on XM and Sirius satellite radio.

Pierce got her first break working at a theme park in Nashville where she performed as Grand Ole Opry star Minnie Pearl. "I think I slipped in the back door," she says of her entrance in comedy. "I was a college student when I auditioned at Opryland USA and was cast in a music and dance show called Country Music USA. Trouble is, I was a terrible dancer! Southern preacher's kids can't dance. They tried to teach me but I had two left feet. My boss told me I had better come up with another talent. " She laughs, "In order to keep my job, I memorized three pages of jokes from Grinders Switch, TN and I impersonated Minnie Pearl for six years. I fell in love with this craft. I still love singing and I still try dancing--but comedy is my first love."

When Pierce decided to pursue comedy full tilt, she recorded "Second Row, Piano Side," a collection that drew heavily on her roots as a preacher's kid in South Carolina. Growing up in a Southern church provided Pierce with an arsenal of material that both church goers, and those who had never sat in a pew, found hilarious.

"I come straight from the world of wooden pews and hell fire preaching. Some of it probably did a little damage - that's where I get my warped sense of humor - but most of those days gave me solid roots," she says. "You learn a lot from your past - what to weed through and throw out and what to hold onto forever."

Pierce mixes music and comedy into a frothy blend that always leaves audiences laughing hysterically. The opening song on her new project titled "This Ain't Prettyville" examines the current fascination with botox and plastic surgery. "One of my favorite lines is, "Barbie's made of plastic ya'll - besides I can't afford THAT overhaul. That just cracks me up! "

In addition to lifting the human spirit with laughter, Pierce also devotes her time to charitable endeavors such as the facility she help to found in 2006 to aid those suffering from depression and other recovery issues. "Branches Recovery Center is something I am extremely proud of," she says. "The vision for Branches came from what I learned in rehab. I wanted to help facilitate the same kind of journey that I took toward wholeness available in my community and much more affordable for people as well. "

Chonda Pierce just may have been the best kept secret in entertainment for the past decade, a comedian with a firm hold on the heartland of America, but she is quickly gaining acclaim across this country.