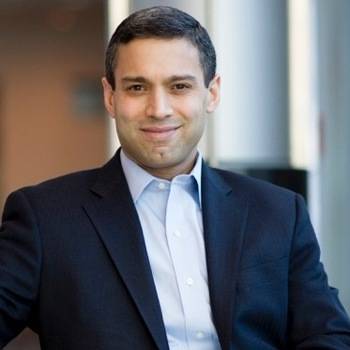 North Carolina Wildlife Resources Commission officers search by boat over a submerged road for those in need of rescue as river waters rise dangerously after Hurricane Matthew hit the state, in Lumberton, North Carolina on Oct. 10, 2016. Photo by Jonathan Drake/Reuters
In democracies, elections are supposed to capture the will of the people. But what if a seemingly irrelevant factor like weather could determine the outcomes of major elections and referenda? This possibility has reared its ugly head a number of times in recent months.

Take, for example, Britain’s European Union referendum. On the day of the voting, heavy rain fell on “Remain” strongholds like London, which received a typical month’s worth of precipitation. The bad weather caused flooding and even forced some polling stations to move. According to the Guardian, “thousands of commuters were stuck at Waterloo station as trains were either delayed or cancelled because of flooding, with several people tweeting that they would miss the 10pm deadline to cast their ballot.”

Even the proverbial lighting struck (literally), damaging power lines and disrupting train service. Despite delayed commutes, electoral officials refused to extend voting hours. In the end, “Leave” won with 51.9 percent of the vote, beating its rivals by 1.2 million ballots.

More recently, Colombians shocked the world by rejecting the peace deal that was supposed to end the half-century civil war between the government and left-wing FARC rebels. Prior to the voting, polls projected a two-thirds majority would accept the deal, but it was ultimately rejected by 50.21 percent of voters — a margin of 54,000 ballots.

One possible factor in the “No” side winning out was Hurricane Matthew. It swept overthe country’s Caribbean coast, dumping heavy rain and suppressing turnout in a region favorable to the deal. Weather also delayed the opening of some polling stations, and despite repeated pleas from voters, electoral officials rejected calls to extend hours. Overall turnout came in just under 40 percent, but in the rain-hit north, only 25 percent voted. Among those who did vote in that region, the deal won approval by a margin of over 20 points. Analysts point to the low turnout of key supporters as an important driver of the outcome.

Just how strong is the weather effect on elections? Fortunately, there are some estimates, and they point to a clear relationship between more rain and fewer voters. Studies in the United States and the Netherlands found that 2.5 centimeters of rain correlated with a 1 percent reduction in voter turnout. Other researchers found that bad weather in the United States tends to help Republicans, with 1 inch of rain delivering them an additional 2.5 percent of votes. By their math, Al Gore might have won the 2000 presidential election if the weather had been more cooperative. Because the Democratic Party has a disproportionate share of marginal voters, it is more likely to be hurt by bad weather.

In addition to affecting turnout on election day, bad weather can also constrain future voting behavior. In one study, economists found that “a 1 percentage point decrease in current turnout reduces future turnout by 0.6 – 1.0 percentage points.” It seems some voters who stay home due to rain form a habit of staying home during elections.

The relationship between weather and turnout is proportional: the more extreme the weather, the more extreme its impact on turnout. Take the case of Hurricane Sandy, which devastated the east coast of the United States a week before the 2012 presidential elections. A 2015 study found that “Turnout declined on average 2.8 percent between 2008 and 2012 in counties in which disaster declarations were issued for Hurricane Sandy.” The non-disaster counties only experienced a 0.8 percent decline in turnout, meaning Sandy might have been responsible for up to a 2.0 percent drop in voter participation.

As the southeastern United States reels from the impact of Hurricane Matthew, it is worth asking what effect it might have on the presidential election. Officials last week told 2 million residents of Florida, Georgia and the Carolinas to evacuate. “This storm will kill you,” Florida governor Rick Scott warned. The timing is unfortunate, because the deadline for voter registration in his state was today, Oct. 11.

Despite his exhortation for 8 percent of the state’s residents to evacuate and thedisruption to mail and government services last week, Governor Scott has refused to extend the deadline. But surely the number of last minute registrants can’t be that high, right? Not really. In 2012, over 86,000 people registered in Florida in the last eight days before the deadline, with Democrats outnumbering Republicans 2-to-1.

It’s also worth recalling that President Obama won Florida by only 74,309 votes in that year. It’s no surprise, then, that the Florida Democratic Party is now suing for an extension of the deadline by a week. And on Monday evening, a federal judge granted an extension, but only until 5pm EDT on Wednesday, Oct. 12. There will be additional hearings to determine if the deadline should be extended further. With 29 electoral votes at stake in a state with a history of controversy in presidential politics, it’s wise to watch Florida closely in the coming weeks.

The impact of heavy rain around crucial referenda and the Florida voter registration deadline reminds us that seemingly irrelevant factors like weather matter. They can cast the “deciding vote” in the most critical of times. Bottom line: To successfully navigate today’s radical global uncertainty, it’s crucial we consider the potential impacts of apparently tangential developments.

Want to bring Vikram to your next event? Let us know here. We'd love to help make it happen!

Want Vikram Mansharamani for your next event?

August 12, 2019
Anyone who has witnessed a live auction in which bidding far exceeds preauction ...
Read more

Anyone who has witnessed a live auction in which bidding far exceeds preauction estimates or sets a new world-record price understands that there is something curious in the air-something electric, something indescribable, something magical. I believe that "something"; is confidence, perhaps even overconfidence. Consider the stock chart of Sothe...
Read More

North Carolina Wildlife Resources Commission officers search by boat over a submerged road for those in need of rescue as river waters rise dangerously after Hurricane Matthew hit the state, in Lumberton, North Carolina on Oct. 10, 2016. Photo by Jonathan Drake/Reuters In democracies, elections are supposed to capture the will of the pe...
Read More