Being Social Helped Win The Election: Communications Lessons for Businesses 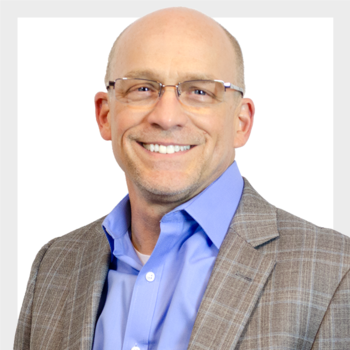 Social media has never been more anti-social. At least that’s the impression coming out of the recent presidential election. In post analysis, that may be farther from the truth as so many Americans were directly engaged in conversations and (sometimes) healthy debate over the social airwaves.

It’s true that this year’s election was one of the dirtiest and most hard-hitting presidential campaigns ever. Social media played a prominent role for each candidate, the media and voters. Most of us have seen and been amazed at just how far the media outlets and candidates turned the social media dials and pulled the messaging levers, but what is more eye opening is the personal posts and dialogs between the voters -- friends and family -- on Facebook and Twitter.

According to Pew Research, 68% of all U.S. adults are Facebook users, 25% use LinkedIn and 21% use Twitter. This means that U.S. adults were sharing their views on the election minute by minute and engaging with their followers and connections on opinions, dialog and discourse. Further research from Pew shows that heated political discussions were burning up social media accounts so much so that people were actually getting burned out from the virtual conversations.

In fact, more than 1/3 of social media users were overwhelmed and inundated with political conversations vial social outlets. Almost 60% said that they were frustrated and stressed by the political conversations. Interestingly, the same research showed that when someone’s friends or relatives posted something political they disagreed with, 83% of the posts were simply ignored. However, many people do see value in using social media as an outlet for discussing politics with about 20% of social media users sharing their take on candidates and topics online.

In the end, this election season was an overwhelming victory for social media:

As a presidential candidate and now president elect, Donald Trump has constantly spoken on the benefits of social media and maybe even exceeded its limits on some occasions. In the exclusive 60 Minutes interview with President-elect Trump on Sunday, November 13, he spoke of the power of social media as a communications tool to effectively restate facts and inaccuracies, react to negative remarks and push policy – all in real time.

Social media was truly an advocacy platform for everyone involved in the election, and post-election there’s no sign of it slowing down. Whether B2B or B2C, businesses can use the lessons learned in driving conversation from social media. Even further, social media can be explored as a way to address societal causes and opening dialog (hopefully meaningful) between dissenting groups. It’s exciting to think where we might be with the next presidential election – where real-time conversation might actually influence the outcome by aligning it with ethical and relevant dialog with data that can be checked and shared immediately.

Want Tom Mitchell for your next event?

Signs: Leading Us Down The Path Of Life

June 08, 2017
Choosing the Right Path, Knowing Your Passion & Overcoming Adversity Life tends to give us a lot ...
Read more

Make Your Brand "Ooze" Across Your Enterprise, Into Everything You Do

April 25, 2017
I've been part of some pretty amazing marketing projects over my career. ...
Read more

Signs: Leading Us Down The Path Of Life

Choosing the Right Path, Knowing Your Passion &amp; Overcoming Adversity Life tends to give us a lot of signs-who to marry, what job to take, where to live. Sometimes these signs are unmistakable, sticking out in your life like a speed limit sign on a desolate highway or they're hidden like a sign behind a bush or tree. Wherever the sign, it'...
Read More

Make Your Brand "Ooze" Across Your Enterprise, Into Everything You Do

I've been part of some pretty amazing marketing projects over my career. From product launches to e-commerce projects and big ad campaigns to name a few. For some reason, a branding project always seems to get everyone's blood pumping in a company, unlike almost any other project. I believe it's because there's always excitement about putting...
Read More

Having a simple shoulder labrum repair should be a standard procedure. It's very much a repeatable practice, performed thousands of times a day across the US. While that surgery is pretty simple, it became a complex and nearly critical journey for my 19-year-old son. While the procedure went well, things started to go downhill about 24 hours ...
Read More

Healthcare continues to be the focal point of so much conversation in America. Rightly so. It has become politicized, debated and used as a bargaining chip. HIMSS17 moved us away from that rhetoric for the most part - at least temporarily -- and to what matters -- quality care for patients. Health IT has become energized again. You could feel...
Read More

Health information technology is dead. Okay, not really. But that's what I keep hearing. As I survey the healthcare landscape, it's true that traditional HIT is knocking on death's door. But it's demise has been greatly exaggerated as innovation takes hold and drives new platforms, business models and treatment options. The investor market...
Read More

If You Can Dream It, "Crush It"

Many of us are running a sprint and don't realize it. We move from activity to activity, put our heads down and blinders on and run forward with blinding speed. A marathon sounds much better: you're still moving forward quickly, but taking the time to pace yourself so you can be more resolute and burn your energy when and where it matters while ...
Read More

Learning to Live Differently, Balancing Personal and Professional Selves After Tragedy Since I lost my son, Drew at 22 years old, to an undiagnosed medical condition, I've learned a lot about myself as I've navigated a treacherous and dark road. It has been a little more than two years now since I lost him. As I enter a new year and reflect on ...
Read More

Being Social Helped Win The Election: Communications Lessons for Businesses

Social media has never been more anti-social. At least that's the impression coming out of the recent presidential election. In post analysis, that may be farther from the truth as so many Americans were directly engaged in conversations and (sometimes) healthy debate over the social airwaves. It's true that this year's election was one of the ...
Read More

Marketing as a profession hit a low point about 25 years ago. Mesmerizing, elegant marketing programs had become a thing of the past. Gone were the glory days of the Mad Men advertising and marketing programs. Corporate America had settled into a habitual marketing view of using the same tried and true tactics over and over again to support B2B ...
Read More

Whether you are a startup, a well-established company, in the B2B space or trying to accelerate ecommerce in a B2C environment, there are some basic marketing fundamentals you can't ignore. These are the three main marketing pillars that drive marketing strategy: Awareness, Preference and Demand. They are as foundational to any marketing initiat...
Read More