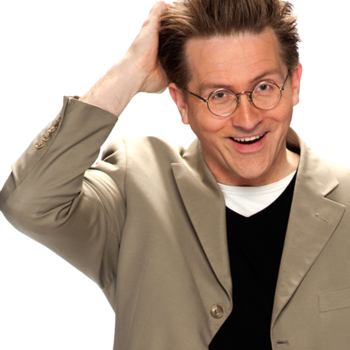 Scientists have worked out why flamingos stand on one leg.

I’m glad there’s finally headway in this matter. The good news is that no flamingos were harmed during this study, because they were dead. That’s right — to test this one-legged conundrum they used some flamingos who must not have forgotten to sign their donor cards, so they could pry open the door on one of nature’s long-nagging mysteries. “Why one leg, little pink?”

You should brace yourself because this may rearrange brain cells and have you questioning 70’s lawn ornaments. Are you ready? OK, here it is, birdbrain:

They stand on one leg … because it feels right.

Yes, I’m dumbing down the science talk here, but what I got from the read is that the one-legged stance is simply the optimal chill pose for these fluffy feathered ectomorphs. Or if you want to get technical … eh, one leg is easier than two. Yep, basically the one steady leg is a more practical approach to lounging. Go ahead and click the link below if you demand a deep dive, but I think I just nailed it.

Now if you’re reaching for a bad joke you might say studies like these don’t have a leg to stand on and are a waste of taxpayers’ time and money! Well, if you are saying that, first of all the study was done in England, so chill — but setting even more snark aside, would you be surprised if I told you I support every inch of this dead flamingo-driven data and hope this gaggle of researchers’ curiosities fly even higher? I mean what’s with the owl’s neck-twisting talents? This could use an update or two — and my god that poor little woodpecker’s brain! If multiple headers in soccer can lead to concussions then beak-banging trees all day long can’t be healthy either.

Wow, I’m on fire and I digress, but my hook here has heart and it starts with a seven-year-old girl who loves flamingos — always has. Countless times I recall my daughter standing at the zoo, teetering on one leg while gazing at the flamingos and asking this very question. “Why one leg, little pink?”

Certainly, we drummed up some of our own theories. One was “maybe one leg is easier!” We figured that given the number of legs we had a fifty-fifty chance of being right. But beyond math and toddler logic drills, what I also treasured was the opportunity for my daughter to learn that there’s a world of pink bird-loving scientists who were paid to satisfy a hunch and devise procedures to test out uncertainties and clarify these mysteries — bringing truth and insights even to the seemingly small and dare I say fluffier matters of the day.

When I relayed the article’s theory and findings to my daughter, wow — she was ecstatic to learn that some fancy lab-coat types had the same burning questions in their head as she did. She also was blue-ribbon happy that the outcome of their study paralleled her own theoretical stance, based on her own rationales. “First, Dad, a flamingo standing on two legs doesn’t look right — so there’s that.” And she’s right. I mean my god, could you imagine the recall on lawn ornaments if flamingos preferred two legs and were simply showing off all this time? Secondly, she says, tipping back onto her two legs: “I bet if I were a flamingo I’d stand on one leg, too.” Now compare my daughter’s analysis to their own perhaps slightly more sophisticated conclusion:

Professor Young-Hui Chang and Lena H. Ting assert, “Our results highlight the possibility that flamingos stand for long durations on one leg without exacting high muscular forces and, thus, with little energetic expenditure.”

OK, my kid might not have come up with “exacting high muscular forces” — but clearly, we have a gifted scientist in the making. Oh, BTW, I left out the part where dead flamingo carcasses tethered and suspended like puppets were keys to testing their theory. Why spoil a nice moment with science’s darker realties of controls and methods? My daughter likes ballet but no need to talk about eating disorders just yet.

So, with hope for my daughter’s future curiosities I send out a virtual fist pound to all scientists big and small, present and future. Your curiosities power the world and give hope to a seven-year-old scientist (or dancer) who believes she probably had the flamingo leg thing answered waaaaaaay before professors Chang and Ting did.

God, I hope she picks science.

Want Tim Clue for your next event?

May 28, 2017
Scientists have worked out why flamingos stand on one leg. I'm glad there's finally headway ...
Read more

Scientists have worked out why flamingos stand on one leg. I'm glad there's finally headway in this matter. The good news is that no flamingos were harmed during this study, because they were dead. That's right - to test this one-legged conundrum they used some flamingos who must not have forgotten to sign their donor cards, so they could...
Read More

There's a lot of confusion in the news these days about what's fact and what's fake. So I'm starting to lose track of what officially qualifies as a "lie."; Nevertheless, here's an oldie but a goodie from the field of education that might make the cut. Drum roll, please … "If you study and get good grades, everything'll work out."; Ask th...
Read More

It's finally spring. Here in Chicago the trees are starting to blossom. So why do I have Rudolph the Red-Nosed Reindeer on the brain? I realize this post might feel a little like Christmas music in June (or in this case, April). But stick with me, because there's a good story behind it - and it's about education. Earlier this month I h...
Read More