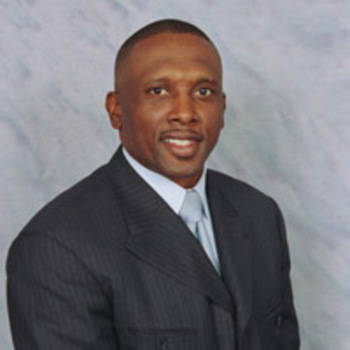 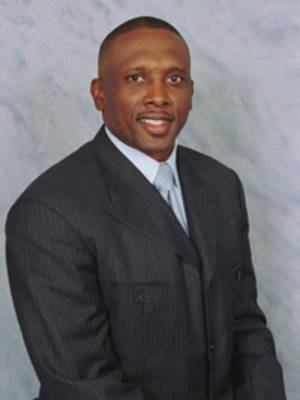 Tim Brown is one of the greatest collegiate and professional wide receivers to ever play the game. During his collegiate career at Notre Dame, Tim's playmaking ability earned him the honor of being the first wide receiver to ever receive the Heisman Trophy award.

After his 1987 Heisman Trophy winning season, Tim was selected by the Los Angeles Raiders with the 6th overall pick of the 1988 NFL Draft. Tim spent sixteen years with the Raiders, during which he established himself as one of the League's most prolific wide receivers. Tim's play led him to be named to nine Pro Bowl teams and his 1,094 career receptions ranks 5th in NFL history. His fame and success with the Raider's organization earned him the title, Mr. Raider, and the honor of being inducted into the 2015 Pro Football Hall of Fame.

Tim currently works as a host on Sirius Radio's NFL and College Football pregame and recaps. He now resides in Dallas, TX with his wife and four children.

Community Outreach: Tim Brown is heavily involved in the "9-1-1 for Kids"
program which teaches children emergency preparedness. In addition to 9-1-1 for Kids, Tim is an ambassador to the President's Physical Fitness Council on Behalf of Reebok.
Tim is also a man of God, being heavily involved in his church and routinely speaking to groups about his faith.