One Man, One Guitar, One Night 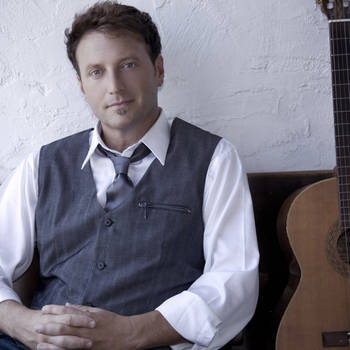 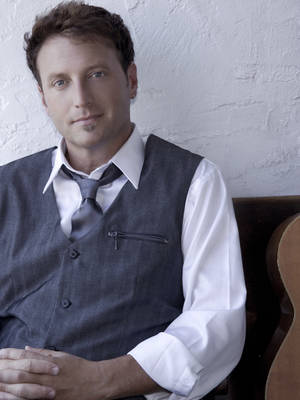 Tim Rushlow is no stranger to the stage having grew up in a musical family and gone on to become the lead vocalist for the country supergroup Little Texas and then on to a successful solo career as well. Tim has taken the approach with his " One Man, One Guitar, One Night " show that every audience member is in his living room for the night. " Tim Says, " There is something magical when you strip away all the huge production and break it down to a real intimate setting with a couple couch's, a rug or two, and a few candles."

Tim Rushlow knows just how to break it down to the place of being vulnerable, where people just feel it and it becomes very special very fast. Tim realized that the songs that are the soundtrack to his life are also the playlist to others as well." I think that is why this show packs a punch, I am honored that some of my songs have become a part of that soundtrack for many people."

This is a show packed with passion, honesty, and heart from an artist who's sold over 11 million records, won CMA awards, ACM awards, been nominated for 3 Grammy awards, still does one big tour a year for our troops around the world and.... still has the drive to reach for perfection all alone on a stage with his guitar. That is where Tim Rushlow is at his best and most at home.

Do not miss the opportunity to see Tim Rushlow.... One Man, One Night, One guitar. You will not be disappointed!

About Tim
Tim Rushlow was born in Oklahoma to a musical family. His family moved to Texas when he was still at a young age, although they would continue to visit Oklahoma in the summertime. Originally, Tim Rushlow was the lead singer of the country music group Little Texas. Rushlow later moved to Nashville, Tennessee, followed by the other members of Little Texas. Little Texas had several country music hits throughout the 1990s, but by 1998, the group had disbanded.

After the Little Texas breakup, Rushlow pursued a solo career, making his first solo appearance on the musical track "Totally Committed" from comedian Jeff Foxworthy's 1999 album Totally Committed. In 2001, he was signed to Atlantic Records, and soon released his debut single, "When You Love Me". It was followed by "She Misses Him", which reached the country top 5. Tim went on to be a national spokesman for the Altziemers association as well, due to the overwhelming success of the song. His self-titled debut album was also released in 2001, but Atlantic Records closed its Nashville division only one month after the album's release, and none of its other singles made the top 40.

In 2003, Rushlow and other musicians (including his cousin, Doni Harris and the rhythm section of Jason Aldean's band) joined to form a new group called Rushlow. This new group was signed to Lyric Street Records that year, reaching the Top 15 on the Hot Country Singles & Tracks chart with "I Can't Be Your Friend". The group's released its debut albumRight Now, but was soon dropped from the label due to its restructuring.

Harris and Rushlow formed a country duo called Rushlow Harris, which was signed to Show Dog Universal Nashville, a record label owned by country artist Toby Keith. They toured the world with Toby all of '07 and some of 08'. They had an amazing song that paid tribute to the men and women serving our country called " Bagpipes Crying" that has become a cult classic in the military. Tim has also continued to do 2 tours a year for our armed forces around the globe.

In 2009 Tim started to work on a Christian pop record with Dove award winning producer of the year, Ian Eskelin. It went on to become a critically acclaimed record, although with little radio support. "The truth is that I felt called to make a record that pointed up and showed the hope I see and feel in my walk" Rushlow stated. It was right after this that Tim also started doing his now very successful " Tim Rushlow, One man, One Guitar, One Night" unplugged show and it is now at the forefront of what Tim does best. While contemplating his next record label move, Tim is busy with several TV show pilots and several reality based shows that he currently working on.

Tim had this to say about his live show " I am having a blast with my unplugged show, more fun than I have ever had on stage. It is so rewarding to weave stories and songs together into one intimate show and put an audience on my couch in my living room, if you will." " To be able to share a wonderful arsenal of hits and other great show pieces in this unplugged format is just awesome, and the crowd have been amazing in their response to one guy just singing, playing, and sharing, no words really describe how special this show is!"

In the 20 years Tim has been making music, he has sold over 11 million records, won CMA Awards, ACM awards, is a 3 time Grammy nominee, and toured the world 5 times over for audiences and our troops. Tim has certainly made his mark from his humble start way back in Texas.