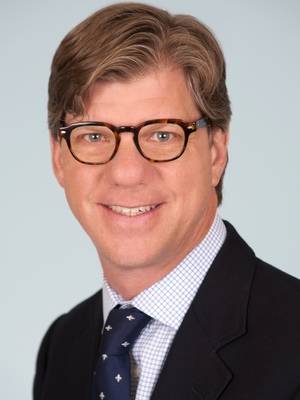 As an analyst, speaker and writer, Tom shares his wit and wisdom on politics, policy, the economy and investing. Though he plumbs a complicated topic, he does so with a comedian's skill: His presentations are funny and accessible to a broad audience.

Tom's sessions are content rich. As publisher of "Connecting the Dots" institutional investment research for some of the world's biggest hedge funds and mutual funds, Tom draws on a vast array of topics. And because he's actually in the business of making predictions for investors, he often goes out on a limb for his audiences. His impressive record of predictions has made him a top contributor to Forbes.com. Government never stops making policy so there's always something to talk about.

Tom's career on Wall Street began as an institutional equity salesman in 1994 at the Robinson Humphrey Co., Atlanta where he rose to be the top producer. In 2003, he returned to his hometown of Nashville, TN to become Managing Director, Head of Institutional Sales for Avondale Partners. Though he managed the department, he remained the number one producer throughout his tenure. He was recognized by Institutional Investor magazine as an "All American" broker in 2002 and 2003. In 2005, Avondale was awarded the Wall Street Journal's "Best on the Street" award for producing the singe best stock-picking record among Wall Street firms.

In 2011, Tom realized the dream of becoming an entrepreneur, co-founding Tell-Tale Capital Corp., a money manager and Standard Research Corp. to publish Connecting the Dots research. He is an advisor to some of the biggest institutional investors in the world.

Perhaps just as important, Tom was once a standup comedian performing at "Catch a Rising Star" and other leading New York comedy clubs. While many find little to laugh at regarding the current economic situation, Tom expresses a refreshingly contrary view.

Tom majored in English at Auburn University and attended Balliol College, Oxford University. He is married with three well-behaved children and currently resides in Nashville, Tennessee, one of nine states with no income tax.