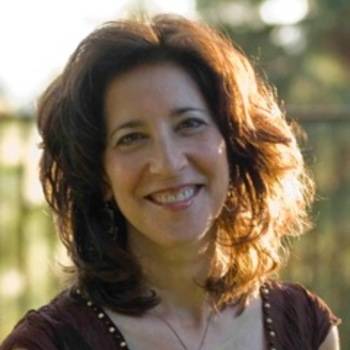 Article from HuffingtonPost.com, by Susan Stiffelman

My children were big fans of Lance Armstrong, and have been angry and confused by the news of his cheating. Any advice for talking with them about what happened to someone they looked up to so much to explain his dishonesty?

His fall from grace was from an elevation so high that the sheer impact of hitting the ground created reverbarations across the world. I'm glad you understand how important it is to help your children process the rise -- and now fall -- of Lance Armstrong.

Indeed, our kids get many mixed messages about success and what measures are and aren't OK to achieve it. Head to any Little League or kids' basketball game on a Saturday afternoon and you'll see it in action."Steal the ball! Don't let give him a break! Wear 'em out!" Our investment in having our children win can clearly override any sportsmanship lectures we might deliver about how it's all about having fun and doing our best.

We celebrated Lance Armstong because he was a winner. We made him a hero; practically a god. And now we are trying to make sense of it all. Let Lance's story become an opportunity to help your children begin to understand the complexities that come with being human.

Here are some words to introduce into their vocabulary as you, together, explore what it means to win.

• Justification. Talk about what can happen when someone cares too much about winning. "Lance Armstrong said that he talked himself into believing it was OK to use drugs to perform better at cycling because other people were doing it. Do you think that if some people do something that's wrong, it makes it OK for others to do the same?"

• Arrogance. Explain that occasionally, when someone becomes powerful -- whether through fame, fortune or accomplishment -- they convince themselves that they don't have to do what is right."Sometimes, if people aren't careful, they believe that the rules don't apply to them. What do you think about that?"

• Humiliation. Share a story about a time when someone close to you told a lie and tried to cover it up."Do you think they felt ashamed of what they had done? How could they have gotten past their embarrassement to make things right again?"

• Betrayal. Invite your kids to share their thoughts about Lance having accused his friends of lying when they were actually telling the truth about his use of banned substances. If you wore a LiveStrong bracelet, or were inspired by his book, talk about your own reaction when you discovered he had been so dishonest. Were you angry? Confused? Hurt?

• Remorse. Help your children imagine the effect lying has had on Lance in his quiet moments, when he is all by himself. Invite them to consider how he feels when he looks at his children, his parents and the people he loves and has disappointed. Help them get a sense of what remorse looks and feels like.

• Guilt. Ask your children to imagine what Lance was feeling as he stood on the winner's podium when he knew in his heart that he had cheated to get there. "Do you think he felt uncomfortable about people praising him when he knew he hadn't played fair? Have you ever told a lie and defended yourself, but inside felt really badly?"

• Trust. "Do you think it will be hard for people to trust Lance again? What do you think he will need to do to regain their trust? How do you think it feels to him to know that people he cares about no longer see him as trustworthy?"

• Integrity. Talk about how good it feels to live with integrity. "Integrity is a word that means living with honor, and being someone who stands by their word. It makes a person feel good about himself. When a person lies and cheats, or blames others instead of taking responsibility for his actions, he is living without integrity. It hurts that person, and all the people who believed in him."

• Forgiveness. Explore what Lance would need to do to be forgiven by the people he has hurt. "Some people think that when you hurt someone, you should say you're sorry. That's true, but it often takes more than words alone to make things right when you have wounded someone physically or emotionally. What do you think he should do now?"

All the gold medals in the world cannot offer relief to a heart burdened by deception and deceit. Use Lance Armstrong's story to initiate age-appropriate discussions with your children about what winning really means: trying your best, staying true to your values, honoring those who believe in you and playing fair and square.

For information on how to book Susan Stiffelman for your next event, visit PremiereSpeakers.com/Susan_Stiffelman.

Want Susan Stiffelman for your next event?

School Bullying: How to Assuage Your Child's Fear

October 11, 2016
As the new school year begins, more than a few children are struggling with first day ...
Read more

January 23, 2013
Article from HuffingtonPost.com, by Susan Stiffelman My ...
Read more

Talking to Children About the School Shooting

December 14, 2012
Article taken from Huffington Post What can you say when there are no words? We are all ...
Read more

School Bullying: How to Assuage Your Child's Fear

As the new school year begins, more than a few children are struggling with first day jitters. Some may go so far as to dig in their heels, refusing to even get on the bus when the dreaded day arrives, leading to escalating punishments and bribes from Mom and Dad. One parent may threaten, "If you don't get on the bus this minute, youn...
Read More

Article from HuffingtonPost.com, by Susan Stiffelman My children were big fans of Lance Armstrong, and have been angry and confused by the news of his cheating. Any advice for talking with them about what happened to someone they looked up to so much to explain his dishonesty? His fall from grace was from an elevation so high that the sheer im...
Read More

Talking to Children About the School Shooting

Article taken from Huffington Post What can you say when there are no words? We are all reeling today in the aftermath of the school shootings in Connecticut. I, for one, feel leveled and heartbroken; it is impossible to imagine the impact on the families who lost children, those whose children were spared but so profoundly traumatized and the...
Read More