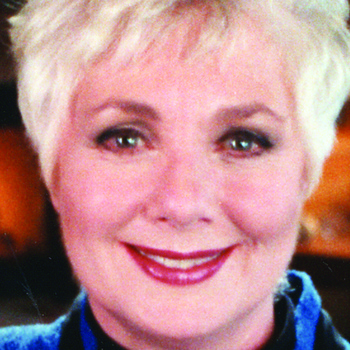 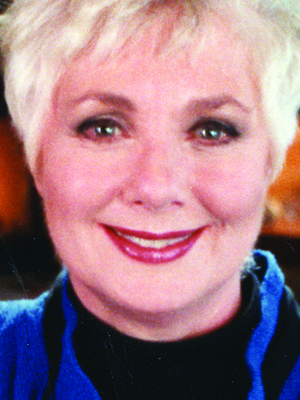 Shirley Mae Jones was born on March 31st 1934, in the small town of Charleroi, Pennsylvania. She was the only child of Paul and Marjorie Jones who named their daughter after Shirley Temple. At the age of three, the family moved to Smithton, Pa., another beautiful, small town only a few miles away. Smithton rests along the banks of the Youghiogheny River.

Shirley Jones had a carefree childhood in a town filled with friends, and family. Shirley's Grandfather, William B. Jones, founded the Jones Brewery in 1907. Her father and uncle helped run this establishment that is still in operation today.

Shirley's grandfather also owned and operated The Jones Hotel. She attended the local schools and at the age of six Shirley Jones was the youngest member of the Methodist Church Choir.

Recognizing her gifted and natural singing ability, Paul and Marjorie took their daughter to see Ralph Lewando,one of Pittsburgh's top vocal coaches. Once a week, Shirley Jones' father was more than happy to drive her fifty miles to the big city, for her hour-long vocal session.

After graduating from South Huntingdon High in 1952, Shirley was spotted by a scout photographer for The 1952 Miss Pittsburgh Pageant.

Shirley entered the contest and won.

Shirley Jones then went on to compete for the title of Miss Pennsylvania, this time coming in as first runner up. The prize was a two year scholarship to the drama school at the Pittsburgh Playhouse. Shirley had planned to go on to college following her apprenticeship at the Playhouse. Fortunately, she took a fateful trip to New York City in the summer of 1953.

Shirley Jones was definitely in the right place at the right time. Rodgers and Hammerstein had been searching and auditioning from coast to coast. They wanted just the right fresh new face to play the role of Laurey Williams in their first wide screen motion picture adaptation of their hit musical OKLAHOMA!

Shirley returned to Broadway for the stage production of OKLAHOMA! before returning to Hollywood for 'Carousel (1956)'. But by this time, musicals were a dying art Shirley Jones would have a few lean years.

She would work on Television in programs like "Playhouse 90". With a screen image comparable to "peaches 'n' cream", Shirley wanted a darker role to change her image. In 1960, she would be cast as the vengeful prostitute in the Richard Brooks dramatic film 'Elmer Gantry'. With a brilliant performance against an equally brilliant Burt Lancaster, Shirley would win the Oscar for Supporting Actress. But the public wanted the good Shirley Jones so she was cast as Marion, the librarian, in the successful musical 'The Music Man (1962)'. Robert Preston had played the role on Broadway and his performance along with Shirley was magic. Shirley would again work with little Ronny Howard in 'The Courtship of Eddie's Father (1963)'. But the movies changed in the 60's and Shirley Jones's image did not fit so she would see her movie career stop in 1965.

There were always nightclubs, but Shirley would be remembered by another generation as Shirley Partridge in the Television Series "The Partridge Family". While the success of the show would do more for her stepson, teen idol David Cassidy, it would keep her name and face in the public view for the four years that the series ran. Never mind the clothes, the show still plays in reruns. After the show ended, Shirley Jones would spend the rest of the 70's in the land of Television movies. The 1975 Television movie "The Lives of Jenny Dolan (1975)" would be made as a pilot for a series that was not picked up. In 1979, Shirley would appear in a comedy show called "Shirley", but the show would be off the air the next year. Shirley Jones would appear infrequently in the 80's and would appear in video's extolling fitness and beauty at the end of the decade.