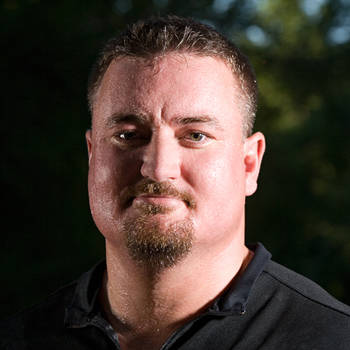 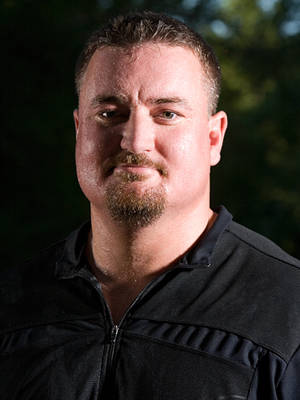 Scott Rigsby was 18 when he was injured in a catastrophic truck accident. This tragic event caused a traumatic brain injury, the immediate loss of his right leg below the knee, and forced him to endure 12 years of limb salvage, and ultimately, the removal of his left leg. After years of struggling, Scott turned his life around reaching unprecedented heights as a world-class athlete, author, motivational speaker, and founder of a local nonprofit, the Scott Rigsby Foundation that enables wounded, ill, and injured veterans along with active duty military to be partnered with civilian participants to travel and compete as individuals or relay teams in the annual Ironman 70.3 Augusta event. The SRF has been the exclusive charity sponsor for this event, 2012-2017.

In 2007, Scott was given a worldwide platform to help promote healing in the lives of many of our veteran families when hebecame the first double-amputee on prosthetics to complete the world-famous Hawaiian Ironman Triathlon. As a result of this historic achievement, Scott was awarded Physically Challenged Athlete of the Year presented by Competitor Magazine, Atlanta Sports Hall of Fame "Stars of the Year" Award, World Vision's Advocate for Children with Disabilities, Patient of Courage by the American Society of Plastics Surgeons and was one of 10 worldwide finalists for the Energizer "Keep Going" Hall of Fame. A few years later, he would finish the Ironman again, (2011) and the Boston Marathon six times, (2012-2017). Through his philanthropic efforts, Scott's journey has been featured in national media as part of the "Unbroken" film premier on the NBC Today Show, HBO Films "Concert for Valor" Veteran's Day special, and worldwide advertisements for Holiday Inn and Brawny, and most recently his story was chosen by Mercedes Benz for a "Greatness Lives Here" branding campaign promoting the new Atlanta Falcons stadium. Scott has used his years of pain and loss to inspire, educate, and enable others to face their hardships head on, cross their finish line, and discover a life of resiliency, sustainability, while leaving a life of legacy in the service of others.