Based in London, England, Sahar remains one of the most inspirational speakers and thought leaders in Europe. 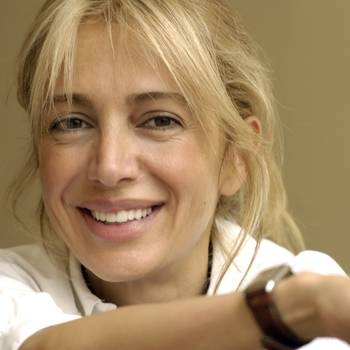 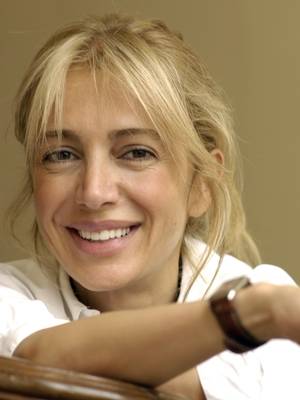 In 1995 Sahar Hashemi together with her brother Bobby founded Coffee Republic, and built it into one of the UK's most recognised high street brands with a turnover of 30m. Giving up highly professional jobs, she a lawyer in London and he an investment banker in New York, they staked everything on a dream - and made Coffee Republic one of the main players in the 'coffee revolution' that transformed a nation of tea drinkers into one obsessed with 'triple decaf half-caf lattes'.

Neither had any previous knowledge about retail or indeed coffee. But Sahar had developed a passion for the skinny lattes and fat free muffins she had seen in New York. How they came to build a nationwide coffee chain is a fascinating and inspirational tale of the ups and downs of following your dream. From the first conversation when the seed of the idea was planted, to getting a DTI Small Firms Loan Guarantee, finding a name and opening the first store, it a personal story about two people who stopped 'thinking about it' and 'did it'.

Sahar Hashemi left the day to day management of Coffee Republic in 2001 and has written a book called 'Anyone Can Do It - Building Coffee Republic from our Kitchen table' which tackles some of the fears and answers some of the elusive questions about what it really takes to become an entrepreneur.

Published in January 2003, 'Anyone Can Do It' has reached #1 on the Amazon business chart. It is 'suggested reading' for the London Business School entrepreneurship course and Chapter 1 has been included as part of the syllabus of the Entrepreneurship summer school. The book has also been endorsed by the DTI, Prince's Trust and IoD and has received wide press coverage.

Sahar Hashemi has been named one of the 100 Most Influential Women in Britain 2003 by the Daily Mail. Sahar has made the cover of Management Today, Director and Business 550 magazines. Her media appearances include CNN Business Breakfast, BBC2, Radio 4, LBC, Radio 5 and BBC London amongst many others.

She is a speaker ambassador for the Prince's Trust and has spoken as keynote speaker at various high profile events including the IoD Women's 2002 Summit, Wall Street Journal Europe Women In Business Summit and Enterprise 100.

'outstanding presentation. Very inspirational and motivating. A great choice of speakers .and an example to us all'
Institute of Directors

'It is always inspirational to hear the story from someone who has really pursued their dream and mae it come true, particularly in such a down to earth fashion'
Glaxo Smithkline Beecham

'Sahar's presentation is excellent. It's from the heart, very passionate and truthful. Very entertaining! She proved to be extremely popular with the audience'
Herefordshire and Worcestershire Chamber of Commerce

'She is totally inspirational, has laser sharp focus and provides real life strategies for success. We had a waiting list of over 100! Sahar is a top speaker and audiences just adore her'
Aurora Conference at Pricewaterhouse Coopers