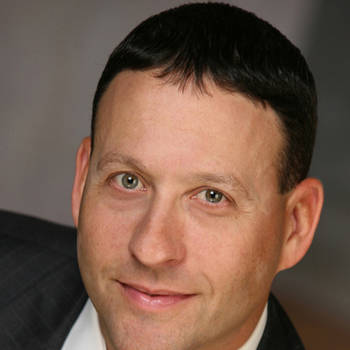 If you are a sports fan, nothing beats a Game Seven finale – and luckily that’s just what the hockey gods have given us this week.  The final 60 minutes of the 2019 NHL season will be played out on Wednesday when the Boston Bruins face the St. Louis Blues for the right to raise Lord Stanley’s Holy Grail.  Both teams are full of amazingly talented players, both teams have built incredible momentum, and both teams truly deserve to win.  But in the end, only one will be declared as the champion.  Years later, when the players from the winning team look back and reflect upon WHY their team won — I believe it will all come down to one key aspect… team chemistry.

In my research on why certain teams win championships in professional sports, I was blown away by the importance of one singular metric that was consistently woven throughout the locker rooms and front offices of every successful organization I researched: CHEMISTRY.  Sure, talent is important, but to be successful over the long haul in sports or in business – this requires having a team of people who get along and can work together as a family.

I keynote more than 100 conferences per year globally, and the number one challenge of the vast majority of my clients – regardless of industry – is how are they going to hire and keep young talent to run their businesses.  It’s an interesting dilemma.  What criteria do you use in assembling your team?  Millennials, Gen-X’ers, Boomers, and now Gen-Z’s — you’ve got lots of different personalities all thrown into the same pot together and it can get dicey.  In sports, it’s not always about getting the BEST players, but rather the RIGHT players.  Big difference.  The most effective coaches build relationships in order to figure out which players get along well with others, and which ones create drama.  Have any employees who create drama? Employees who cause drama will eventually contaminate your staff.  In sports, they are referred to as “team cancers.”  Yes, the old cliché rings true: one bad apple will spoil the entire barrel.

In order for you to create the right chemistry on your team, you need to get your people out of the building and onto “neutral turf.”  Take them out for a team-building exercise somewhere fun (picnic, bar, bowling, etc.) and see who hangs out together.  Observe who smiles and laughs and enjoys being around one another.  This’s what Scotty Bowman did, the winningest coach in the history of the National Hockey League.  Scotty figured out early on in his career that friends like to pass the puck to friends.  He discovered that when people who liked each other and cared for each other played together on the same line, they were more unselfish and even found genuine pleasure in watching their pals achieve success.  And, perhaps most importantly, they would even fight for each other.  His  Stanley Cup winning Detroit Red Wings team had a whole line of Russians, as well as another entire line of Swedes — needless to say… they just clicked.  In a culture steeped in individual statistics and huge egos, this is rare.

A great example of a person who completely bought into this philosophy was Wayne Gretzky. (Full disclosure, I had a stage-five man crush on “The Great One” as a kid… but I digress.)  Wayne was the NHL’s all-time leader in goals as well as assists, but he had twice as many assists than goals.  I asked Wayne about that one time and he said “A goal makes one guy happy, but an assist… that makes TWO guys happy.”  How cool is that?  Wayne was a giver, not a taker — and that’s why he was beloved by his teammates.  He made everybody else better around him because of his selflessness and willingness to help mentor them and build their confidence.  Who are the givers on your team?

I recently wrote a book entitled “Wearing the C: Leadership Secrets of Hockey’s Greatest Captains” and in it, I was able to sit down and interview the current captain of the Boston Bruins, Zdeno Chara.  At six-foot-nine, he is a monster on the ice, and as tough as they come.  He suffered a broken jaw during Game Five, yet refused medical attention to instead stay on the bench to be a cheerleader.  As a leader, Chara has earned the respect of his teammates by doing the little things.

“Whether you are a professional athlete, an entertainer, a businessman, a musician, or whatever, the most important thing in my eyes is to do your best every day,” said Chara.  “You have to show up every day and do whatever it takes. We can never become complacent and think we know it all because we can always get better through hard work and preparation.  Always.  As leaders we are here to serve others, that’s what being a good human being is all about — regardless of whether that’s in sports or business.”

Another big factor in creating chemistry on successful teams is having “plus players” on your roster.  In hockey, there is a little-known measurable called the plus/minus that might be the most important statistic in the game.  Yes, even more important than goals or assists.  It’s simple math, here’s how it works: every time you’re on the ice during a game and your team scores a goal, you’re plus-one.  Every time you’re on the ice and the other team scores a goal, you’re minus-one. At the end of the season, if you’re plus-50, you’re a rock star and you’re going to make millions of dollars.  Congratulations!  However, at the end of the season if you’re minus-50?  That means you're a selfish one-way player who doesn’t want to sacrifice your body by playing defense — ultimately resulting in either a demotion to the minor leagues or worse yet, being cut.  Ouch!

Bobby Orr, arguably the greatest defenseman of all time with the Boston Bruins, won the plus/minus crown a record six times.  Six!  Nobody else in history has ever won it twice.  Bobby was without a doubt the most respected player on his team because of his willingness to do the dirty work and be a two-way PLUS player.  Plus-players create good chemistry, build team morale, and most importantly they deter drama.  Plus players are infectious… in a good way.  Minus players, meanwhile, are also infectious… but in a bad way.  As leaders, you need to quickly identify and get rid of your minus-players.  It’s not easy, but they’re dead weight and their negativity will eventually consume all of your time and energy.

Here’s the bottom line for YOUR team: you want to fill your roster with GIVERS and PLUS PLAYERS — people who are selfless, willing to come in early, stay late, mentor others, and lead by example.  They will have a positive and nourishing influence on the rest of your employees that will ultimately allow you to focus on profitability and customer service.  And at the end of the day, isn’t that what great team chemistry is all about?

I’d like to extend a big congratulations to both the Bruins and the Blues — two of the classiest organizations in all of professional sports.

Three characteristics to look for in creating chemistry for your team:
1)  Get people out of the office to see which ones are friends and which ones create drama.
2) Find plus-players who are givers, not takers, and watch their infectious enthusiasm permeate throughout your organization.
3)   Remember it’s not always about getting the BEST players, but rather the RIGHT players for YOUR team culture.

To book Ross Bernstein for your next event, visit his profile: https://premierespeakers.com/ross_bernstein

To order copies of his books in bulk for your event, please visit BulkBooks.com.

This article was written exclusively for Premiere Speakers Bureau.

Want Ross Bernstein for your next event?

If you are a sports fan, nothing beats a Game Seven finale - and luckily that's just what the hockey gods have given us this week.The final 60 minutes of the 2019 NHL season will be played out on Wednesday when the Boston Bruins face the St. Louis Blues for the right to raise Lord Stanley's Holy Grail.Both teams are full of amazingly talented pl...
Read More