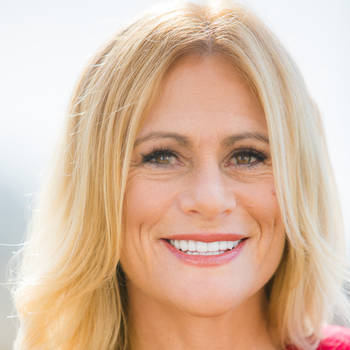 NYT Best-Selling Author and World Champion Adventure Racer - accepts full blame for inspiring people to do insane things like climb Mount Kilimanjaro, run their first triathlon, start their own adventure racing teams, or start their own businesses. This is, after all, who she is and what she does: Robyn Benincasa inspires people to do amazing things.

Benincasa has made an art form of extreme performance by competing and winning at the highest levels of sport and business. Revered as one of “California’s Fittest Women”, she spent her youth competing at the state and national level in gymnastics, diving, cross country, and judo, in which she became a national champion. Soon after earning a Marketing degree from Arizona State University, Robyn ‘started at the top’ in a Fortune 500 pharmaceutical company where she earned the prestigious “Rookie of the Year” award. While consistently achieving top sales in her day job, Robyn completed six Ironman races, with two podium finishes. Then the adventure race bug bit.

In her 15-year career as a professional adventure racer, Robyn Benincasa has competed in close to 40 expedition-length events - gnarly, multiday, multisport killers such as Primal Quest and Eco- Challenge. She has biked through jungles in Borneo, climbed Himalayan giants in Nepal, trekked across lava fields in Fiji, rafted rapids in Chile - and racked up multiple world championship titles along the way. In her spare time, Robyn, is a full-time firefighter in San Diego, on the nation's first all- female crew.

For more information on how to book Robyn Benincasa for your next event, visit premierespeakers.com/robyn_benincasa.

Want Robyn Benincasa for your next event?