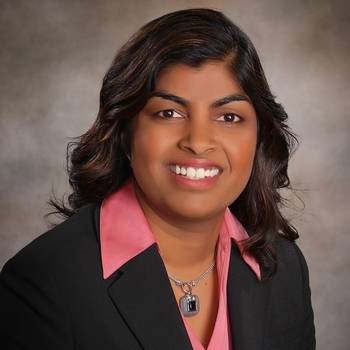 Rani Hong’s childhood ended at age seven. That was the last time she saw her mother and father, the last time she would have any contact with family for the next 21 years. Raised in a village with no running water in Kerala, India, Hong lived at home until her father’s health deteriorated, along with the family’s financial situation. Out of desperation, her mother sought help from a respected woman who offered to take Hong into her home and feed and educate her. Both parents regularly visited their young daughter, delighted by the care she seemed to be receiving, until one day they were told she’d been sent to a school in another town for a better education. It was a lie: Hong’s caretaker had sold her to recruiters trafficking in child slave labor.

“I was taken to an area where I did not know the language, where everyone was a stranger,” Hong recalls. “I cried for my mom to come and get me – that’s all a seven-year-old mind can understand.” Traumatized, she stopped eating and became physically and mentally ill. “My captors labeled me ‘destitute and dying,’ meaning that I had no value in the forced child labor market.” The only way the traffickers could profit from her, Hong explains, was to put her up for illegal international adoption. Trafficked into Canada, she was beaten, starved, and caged – “seasoned for submission,” in the parlance of her captors. A photo of her at age eight shows an emaciated little girl with prominent bruises on her arms and legs, whose eyes are swollen nearly shut. “I couldn’t even talk,” she says. “I had completely shut down.”

Stories like Hong’s are common. An estimated 800,000 people are trafficked across national borders every year, 150,000 from South Asia alone, but precise numbers are difficult to determine in this underground market. Many victims are enslaved in sweatshops and brothels or forced to beg on the streets, and few escape.

To read more about this feature, visit The Rotarian

In the latest news of Rani Hong's activism in regards to the capture of Nigerian girls, she spoke to King5 news in her homestate of Washington. Heather Graf reports:

The abduction of hundreds of young girls in Nigeria is hitting home for an Olympia woman.  Rani Hong was kidnapped and sold into slavery at the age of seven.

"I was just a piece of property, to be used, to make money off, and to be sold over and over again," she said.  "When a child is used as a commodity and sold into slavery, everything about them is ripped away."

That's why what's currently happening in Nigeria breaks her heart.

On Monday, a Nigerian extremist leader claimed responsibility for the April 15th mass abduction.  Nigerian Police have said more than 300 girls were abducted from a school in the remote northeast section of the country.  Only 53 managed to escape.

"I want to urge the international community to come and rescue these girls," said Hong.  "Put pressure on the government to do something.  We simply cannot sit back and say oh, they're just girls, little girls being sold.  We cannot stand for that."
Hong is using the connections she's made through her nonprofit called The Tronie Foundation to try to draw attention to the Nigerian abductions.  The organization seeks to end slavery and human trafficking.

Hong has served as a special advisor to the United Nations' global initiative to fight human trafficking.  She says she spent much of Monday on the phone, urging people in positions of power to take action.

"The United States has a huge voice in the international community," she said.  "I want answers on what's being done to protect and rescue 276 girls from Nigeria."

She says that's the best way people in Western Washington and across the country can show their support.

Hong also stresses that human trafficking can happen anywhere, even here at home.

For more information on how to book Rani Hong for your next event, visit premierespeakers.com/rani_hong.

Want Rani Hong for your next event?

May 13, 2014
Written by Stephen Yafa Rani Hong's childhood ended at age seven. That was the last time she saw her mother ...
Read more

Written by Stephen Yafa Rani Hong's childhood ended at age seven. That was the last time she saw her mother and father, the last time she would have any contact with family for the next 21 years. Raised in a village with no running water in Kerala, India, Hong lived at home until her father's health deteriorated, along with the family's financi...
Read More