Former President and CEO of Porsche, Author "The Driving Force" 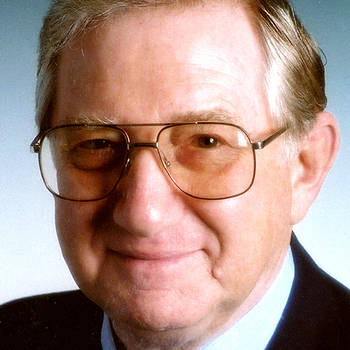 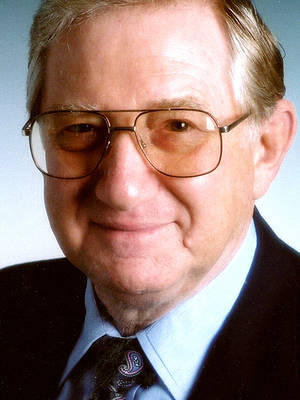 Peter W. Schutz (retired CEO of Porsche AG Worldwide) & Sheila Harris formed Harris & Schutz, Inc. in 1991 to facilitate the exchange of knowledge between Peter and business people all over the world. Peter's background in engineering--coupled with his experience in marketing and management--gives him a unique perspective on business today.

Born in Berlin, Germany in 1930, Peter moved to Chicago when he was 11 years old. Several years later, Peter attended the Illinois Institute of Technology. Caterpillar Tractor in Peoria, Illinois was his workplace for 15 years, serving in various engineering positions. Peter Schutz also ran a flying school and taught engineering at Bradley University in Peoria. He then spent 11 years at Cummins Engine Company, Inc: 3 years in corporate strategic planning and 8 years as Vice President responsible for sales and services of truck engines in the United States and Canada .

1978 brought a move to Cologne, Germany where Peter assumed responsibility for the Deutz Engine Division of Kloeckner-Humboldt-Deutz, AG. This included engineering, manufacturing, and world-wide sales and service. Revenues grew to exceed DM 1 billion per year.

Peter Schutz received the "Outstanding Achievement Award" from his Alma Mater, the Illinois Institute of Technology in 1983, and was honored with the "Henry Heald Award" in 1987. This award is given to honor those who have exemplified exceptional ethics and business practices in their field. Other recipients of this award include: Mees van der Rohe, Edward Teller, Ted Turner, Bill Hewlitt, Buckminster Fuller and Jonas Salk.

His appearances include association conventions and conferences as well as in-company consulting and seminars. He speaks at a variety of meetings including sales, strategic planning and team-building as well. The Executive Committee, an organization of CEOs, named Peter "Resource of the Year" in 1985. Peter Schutz has spoken to more than 400 TEC meetings world-wide.

Peter has written a book, "The Driving Force, Getting Extra Ordinary Results with Ordinary People", about his life journey and lessons learned during his professional career. The book is available in bookstores and Amazon.com Go to www.thedrivingforcebook.com for more information.