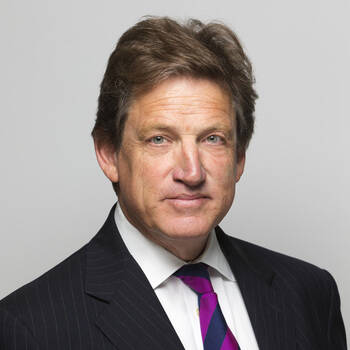 The election results are in and Donald Trump will be the 45th president of the United States. His appeal to “Make America Great Again” resonated across the heartland sparking an unprecedented political upset that surprised even the most astute prognosticators and pundits.

When he takes office in January, he’ll face enormous challenges domestically and globally. Healthcare will be at the top of the list: he promised to “Repeal and Replace” the Affordable Care Act, and he pledged changes that strengthen the system in his campaign’s seven-point plan. In this effort, his team will face harsh realities:

·     Containing health cost will to be the dominant issue.  Total healthcare spending will increase 6% annually for the next decade. Utilization is up. Demand is increasing and traditional reimbursement is not keeping pace with underlying costs. That’s not sustainable. Something’s got to give.

·       The fundamental structure of the health system is shifting. Healthcare is no longer a cottage industry. Mega deals across the board are pending: the Anthem-Cigna, Aetna-Humana, Dignity-CHI and more. And in most communities, half of the physicians are employed by hospitals that are affiliated with multi-hospital systems. The health system’s future will play out against new ways of competing.

·       Alternative payment programs (APMs) are changing incentives for providers. With MACRA payments to physicians and mandated bundled payments for heart failure, coronary artery surgery and joint replacements for hospitals coming on line next year, providers are anxious. What’s next? What’s their future?

·       Competition from non-traditional entrants is increasing. Investors are flocking to start-ups that challenge the status quo in healthcare. Their ranks include retail clinics, micro-hospitals, telemedicine, urgent-care centers, disposables, smart implantables, hybrid insurance models and others that challenge stakeholders to innovate faster and more effectively. It’s a huge industry that’s historically made its own rules and kept outsiders out. That’s changing.

·       And the public is divided about the Affordable Care Act: half believe it a necessary impetus for expanding insurance coverage and lower costs, and half feel it’s an over-reach by federal bureaucrats that want a government-run health system.

The Trump Agenda for the Health System: Repeal and Replace the ACA

Details about the Trump healthcare agenda are not clear, but the Campaign promised to Repeal and Replace the ACA on his first day in office. With majorities in both houses of Congress, the vehicle whereby the law can be changed is straightforward: the bigger questions are how it is to be replaced.

After the vote, it’s likely a series of administrative orders and targeted legislation will follow that begin the process of undoing the ACA including…

·       Dismantling Healthcare.gov and transitioning control of the marketplaces to the states.

·       Negotiating with Congressional budget officers and HHS for the transfer of Medicaid responsibility to the states via block grants.

·       And through legislative negotiations, transitioning oversight and subsidies for its 12 million newly insured to states over a period of several months.

It’s likely the Trump team will advance other proposals, like allowing for the importation of prescription drugs, but the mechanisms whereby these are enacted is problematic.

The first 100 days of an administration are marked by three major activities: 1-political appointments to the Cabinet, key agencies and programs, 2-deals with Congress to set a tone for lawmaking to see who’s in charge, and 3-posturing to garner public opinion gains.

Appointments: A new administration has 4000 political appointments to make including more than 200 in key healthcare slots.Since cooperation with states will be central to the new administration’s health strategy, the HHS Cabinet position is likely to be filled by a former Republican Governor with state healthcare officials filling many of the key slots. Dr. Ben Carson, a former Presidential candidate himself, is likely to play a key role along with other campaign operatives in their selection.

Deals: The new administration and Congress will advance bills to eliminate the Cadillac tax on employers and medical device tax as a start. With the composition of a supportive Congress, the low hanging fruit include ways to improve Veteran’s Health programs and potentially legislation to control drug prices.

Posturing: The honeymoon for a new administration is short, particularly one elected in a bitter Campaign season in which distrust for the leading candidates was the central issue. The Trump team is unknown on Capitol Hill, so uncertainty abounds. Confirmation of cabinet appointments will surface how battle line are drawn. The confirmation of the Supreme Court vacancy left by the death of Justice Scalia will be huge symbolically as ideologues flex their muscles.

Campaign 2016 was far from ordinary. There remain many unknowns, especially about healthcare.

So, what does all this mean for the stakeholders in the industry—the providers of services, the intermediaries who organize networks and negotiate rates, and the manufacturers of the drugs, technologies and “stuff” we use?

·       It means the role of the federal and state oversight will change in every aspect of our businesses.

·       It means cost containment will be table stakes as margins shrink. Healthcare spending will increase, but at a slower pace. There will be winners and losers in every sector.

·       It means the line between financing and delivering care will fade as providers take on responsibility for insurance and affordability. Hospitals will become systems of health.

·       It means the gaps between health services and human services and between physical and mental health will narrow as health is redefined.

·       It means the business of healthcare will be exposed to greater scrutiny—how we operate, how we negotiate deals, how we are structured, and who wins and losers. Transparency was a prominent pledge in the Trump campaign.

Campaign 2016 is now history. President-elect Trump’s business savvy will no doubt be the underlying theme of his administration. It will be put to the test at home and abroad, and especially in our healthcare system.

Want to bring Paul to your next event? Let us know here. We'd love to help make it happen!

Want Paul Keckley Ph.D. for your next event?

Coronavirus and U.S. Health System: What We Know and the Big Questions that Remain

Coronavirus and U.S. Health System: What We Know and the Big Questions that Remain

March 9th, 2020 The coronavirus has thrust public health into the limelight: it's prominence in the daily news is directly proportionate to the fear and confusion about its origin, treatment and impact at home and abroad. The impact of the coronavirus in the U.S. has far-reaching implications for our health system. This report offers a...
Read More

The election results are in and Donald Trump will be the 45th president of the United States. His appeal to "Make America Great Again"; resonated across the heartland sparking an unprecedented political upset that surprised even the most astute prognosticators and pundits. When he takes office in January, he'll face enormous challenges dome...
Read More