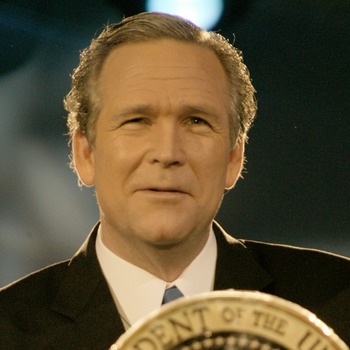 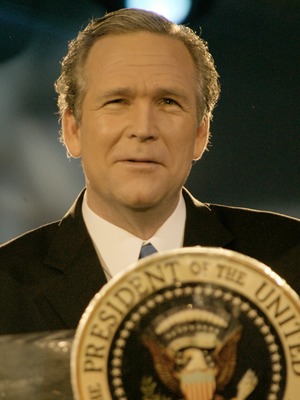 For many years, John Morgan has astonished crowds of all sizes with his remarkable likeness and impression of President George W. Bush. Corporate functions, private parties, faith-based events and association meetings have all shared in the Morgan experience.

John Morgan combines a respectful yet hilarious Bush impression with a few famous W. faux pas moments to create a unique blend of humor and entertainment. In addition, John's musical roots are apparent with the integration of his "W" songs (The Singing Bush.) While groups enjoy the show, he caps the program with an inspiring message of hope and determination.

Although discovered at a "Bush for President" rally, John has performed for groups of all political ilk - he has even performed for both political parties! In 2007, John and associates appeared before tens of thousands at Sean Hannity's "Freedom Concerts" and before hundreds of thousands on "The Winter Jam Tour Spectacular." Additionally, he has performed with The Charlie Daniel's Band, Vince Gill and many others.

John's media appearances include CNN, The Family Feud, Fox News Channel, E! Entertainment Network, ABC's "The View," and The 700 Club. He was also voted as a finalist on ABC TV's celebrity reality show, "The Next Big Thing." He is the recipient of two "Mirror Image" awards, the Reel Awards "Best Actor" award, a 2005 Cloney award for "Best Historical Impersonation," and GMA's "Grady Nutt" humor award.

In addition to performing, John is an author and speaker. His book, My Life as a Bush" is currently in bookstores and contains a forward by former presidential candidate and Fox News Channel host, Gov Mike Huckabee.

John and wife Kathy reside in Florida with their four sons, Christopher, Stephen, Daniel and Jonathan.