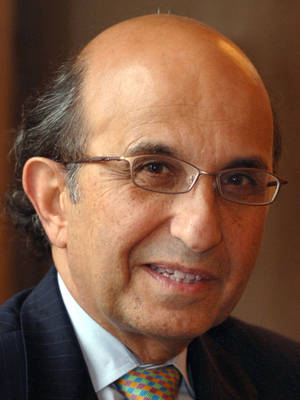 Joel Klein, chief executive officer of Amplify, is an education visionary and proven leader of change. Prior to Amplify, Joel was chancellor of the New York City Department of Education, where he oversaw a system of 1.1 million students and 136,000 employees. While there he led systemwide transformations that resulted in significant increases in student performance. Under Joel's leadership, high-school graduation rates in the City rose 20 points--an increase of more than 40 percent.

Amplify is reimagining the way teachers teach and students learn. We enable teachers to manage whole classrooms and, at the same time, empower them to offer more personalized instruction, so that students become more active, engaged learners.

In January 2011, Joel I. Klein became CEO of the Educational Division and Executive Vice President, Office of the Chairman, at News Corporation.

Prior to that, Mr. Klein was Chancellor of the New York City Department of Education where he oversaw a system of over 1,600 schools with 1.1 million students, 136,000 employees and a $22 billion budget. He launched Children First in 2002, a comprehensive reform strategy that has brought coherence and capacity to the system and resulted in significant increases in student performance.

He is a former Chairman and CEO of Bertelsmann, Inc., a media company, and served as Assistant U.S. Attorney General in charge of the Antitrust Division of the U.S. Department of Justice until September 2000, and was Deputy White House Counsel to President Clinton from 1993-1995. Mr. Klein entered the Clinton administration after 20 years of public and private legal work in Washington, D.C. He attended New York City's public schools and graduated from William Cullen Bryant High School.