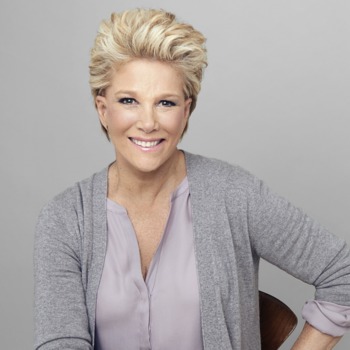 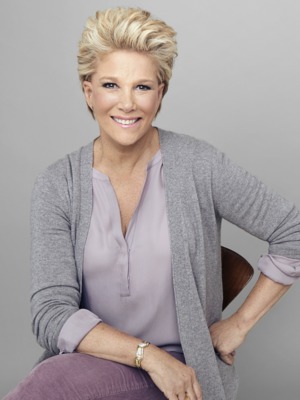 Joan Lunden is one of America's most recognized and trusted television personalities. As host of Good Morning America for almost two decades, she helped millions of American families start each day. The longest running host ever on early morning television, during her tenure she reported from 26 countries, covered four presidents, five Olympics, and two royal weddings. An award-winning television journalist, best-selling author, motivational speaker, entrepreneur, and mother of seven, Joan Lunden defines "today's working mother." Lunden has been a constant and reassuring presence in American homes for over 25 years, keeping viewers informed on the latest information to care for their homes and families.

Joan Lunden is one of the most visible women in America, having graced the covers of over 40 magazines. She is the face of Murad's Resurgence skincare. By sharing her personal experiences as a mother, Lunden has become a vocal parenting advocate. She and her husband recently launched a child safety product, Kinderkord, which is designed to help parents and children stay connected. She was voted "Mother of the Year" by the National Mothers Day Committee and "Career Mother of the Year" by the National Institute of Infant Services. Lunden has served as national spokesperson for Mothers Against Drunk Driving, the American Lung Association's campaign on the dangers of smoking and pregnancy, and the American Red Cross. She is currently spokesperson for "First Steps to a Healthy Smile" for Oral B and the American Academy of Pediatrics.

A passion for disseminating wellness information and inspiring people to take charge of their health and happiness has been at the forefront of many of Lunden's projects. Her latest venture is an online Personal Health Record system called PassportMD which allows users to manage their family's health. Looking for a more personal and hands-on approach to helping others kick-start their health and happiness, Lunden has created Camp Reveille a wellness retreat for women where they can energize their spirits, create goals, and learn the tools needed to achieve a healthier balance in their lives. These life-enhancing getaways take place in the lake region of Southern Maine.

A best selling author, her books include Growing Up Healthy: Protecting Your Child From Diseases Now Through Adulthood, Wake-Up Calls, A Bend In The Road Is Not The End Of The Road, Joan Lunden's Healthy Living, Joan Lunden's Healthy Cooking, Mother's Minutes, Your Newborn Baby, and Good Morning I'm Joan Lunden. She also hosts the exercise video Workout America.