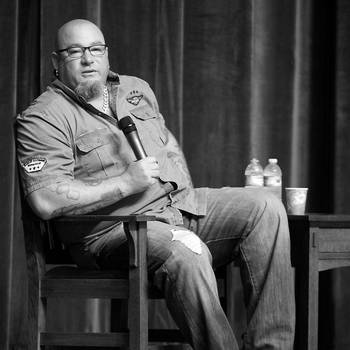 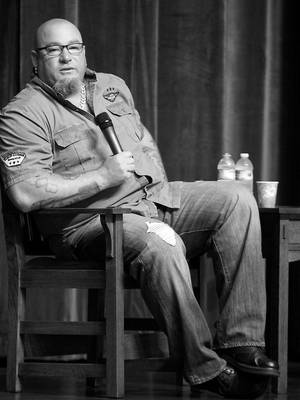 Jeff Yalden overcame incredible odds to become the man he is today. As a teenager, he lost interest in life, in school, in himself. He took the SATs twice and received very low scores. Worse, Jeff suffered from a stutter, a facial tic, bad acne, and a learning disability. His self-esteem in the gutter, Jeff graduated high school 128th in a class of 133.

Although he was accepted by 3 of the 19 colleges to which he applied, Jeff's sense of inadequacy was so overpowering, he was afraid to attend. A turning point came one month after high school, when Jeff won the title of "Mr. New Hampshire Male America" and later Male America's "Mr. Personality." Further progress came when Jeff, answering the call of his country, enlisted in the United States Marine Corps. Learning the virtues of self-reliance and teamwork, Jeff became a two-time "Marine of the Year" and played for the All-Marine-Corps basketball team.

Unfortunately, a failed relationship sent Jeff spiraling back to his old ways, and soon he found himself hospitalized with depression and suicidal tendencies. Upon being honorably discharged from the Marines, Jeff was left to face the $64,000 question: "Who am I, and what do I want out of life?" Jeff realized that his destiny was in his own hands. He could either sulk and feel sorry himself as he had done in the past, or he could make a new decision. He could reach within and make powerful, life-transforming choices. Something clicked. And the healing began.

Today, Jeff draws on the grace of that darkest hour to help today's youth transform their own lives. Jeff believes that success comes down to our worldview, and our relationships with others. He believes that success in life - fulfillment and service - depends on the attitude we take from the moment we step out of bed.

"People treat us how we train them to treat us," says Jeff. "When we unleash the best that is inside us, the world always mirrors it back. The goal is to radiate love and kindness at the same time we radiate our own self-respect." Jeff is living proof of these miracles in transformation.

He has become the most in-demand youth motivational speaker in North America, having captured the imagination of nearly 4,000 teen audiences around the world. Jeff earned the Certified Speaking Professional designation in 2002. The highest designation by the National Speakers Association and a distinction earned by fewer than 10% of all speakers.

Jeff appears routinely in print, a subject for newspapers and magazines across the country. He is the author of They Call Me Coach, Keep It Simple, 20 Ways To Keep It Simple, and Traits of a Leader. Jeff coauthored Lead Now or Step Aside and contributed to The New York Times bestseller, A Cup of Chicken Soup for the Soul.