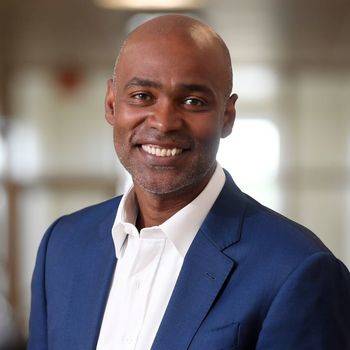 I must admit it is with mixed emotions that I have been watching the FIFA Women’s World Cup.  After getting knocked at the CONCACAF Qualifiers last June, it is hard not to be a little envious of the teams that made it there and feel like we should have been there.  For the record, I am the Head Coach of the Guyana Women’s National Team. However, in my heart of hearts, I know we are not ready.

I wanted to share with you three observations that this Women’s World Cup has reminded me of that I want to take back to the teams that I lead as I look to strengthen the high-performance culture of my organization.

Live in the moment and recognize the greatness of your team.

The women playing at the World Cup are the best of the best.  They have trained for years to compete at the world stage and each of them has a long history of accomplishments that have led them to this moment in time.  Yet even the best of them make mistakes.

Watch in the upcoming final, how many players ignore the mistake they made.  Instead of their head going down or their shoulders slumping, I have noticed each player, time and time again, clap to the person who gave them the great pass, give a thumbs up to their teammate who set them up, or just point in the direction of their partner.  These simple gestures should not be overlooked. At the time of their individual errors, high performers choose not to focus on their error but give the recognition of a great moment that led to their opportunity to their teammate.

Simply put- Their mistakes are in the past and they are living in the moment.  Dwelling on your mistakes only causes more mistakes and leads to a deterioration of your own self-confidence.

Role clarity and acceptance are key.

Carli Lloyd is amongst the greatest athletes to ever play the game.  At 37, she is the elder stateswoman of the US Women’s National Team.  She is destined to be enshrined in the Soccer Hall of Fame. This is her Fourth World Cup and her record sheet is long and full of accolades.  She is the only player to score game-winning goals in two consecutive Olympic Finals.

However, in this years’ World Cup, she has been relegated to a “Super Sub” of sorts.  She comes off the bench in the final eight to ten minutes to play the role of disruptor.   This is a far cry from the last World Cup where she was the break out star of the tournament, scoring 3 goals in 16 minutes in the match versus Japan.

Carli doesn’t mince any words about her displeasure and her belief she can do more with the role but read carefully her words when asked about it by the press.  “There’s a lot of things that are out of your control in life and you can either look at it as a negative or you can look at it as a positive”.

Never forget that we choose how we react to the things that happen to us in life.   We all play a key role in building the culture of the teams we are a part of.

It is Ok to be competitive.

Be Competitive!  As a coach of women, this is a point I have to emphasize over and over again.   When the USA beat Thailand 13-0 there was a lot of criticism thrown their way. While I wasn’t a fan of the celebrations, I don’t think there should be any apologies for the women not taking their foot off the gas pedal.  If there is one thing, I want all young women to learn is that female leaders must embrace competition. Anson Dorrance, from the famed North Carolina women’s soccer team, used to track every stat in practice to make women pay attention to who won and who lost.  He coined the phrase “Competitive Cauldron” for these practices. He wanted to move women from the warm fuzzy feelings of trying to fit in and make friends to get after what they really wanted on the team.

A recent article I read in the Chicago Tribune by Mercedes Carnethon notes that the road to the C suite for women is not paved with camaraderie, friendship, and collaboration.  We have to get after the things in life we want.

As a sport psychologist who prides himself on team building and building positive team culture, this last observation might seem juxtaposed to everything I stand for.  Please hear me clearly-- Collaboration, teamwork, positive team culture, and relationships all matter. They are the building blocks of high performing teams. However, please recognize that just because we choose to compete each and every day with our teammates, work colleagues or friends, it does not mean we do not value them.

Friends and colleagues can still compete.  Cohesion and Competition are not mutually exclusive.

I am pleased to hear that the ratings of the Women’s World Cup are breaking records across the globe.   The lessons being demonstrated on the pitch can have a profound impact on leaders as they look to build their own high-performance organizational culture.  Remember to live in the moment, don’t be content with your role but recognize you have a choice on how you react, which will influence your culture. Finally, ask for what you want, go after the opportunity you deserve unapologetically.  You and your organization will be all the better for it.

To book Dr. Ivan Jospeh for your next event, visit his profile: https://premierespeakers.com/ivan-joseph

Ivan is the author of You Got This: Mastering the Skill of Self-Confidence. To order copies in bulk for your event, please visit BulkBooks.com.

Want Ivan Joseph for your next event?

July 05, 2019
I must admit it is with mixed emotions that I have been watching the FIFA Women's World ...
Read more

I must admit it is with mixed emotions that I have been watching the FIFA Women's World Cup. After getting knocked at the CONCACAF Qualifiers last June, it is hard not to be a little envious of the teams that made it there and feel like we should have been there. For the record, I am the Head Coach of the Guyana Women's National Team. However, i...
Read More