A dynamic speaker with a past working with Hollywood's top celebrities which resulted in her own business and the Food Network. 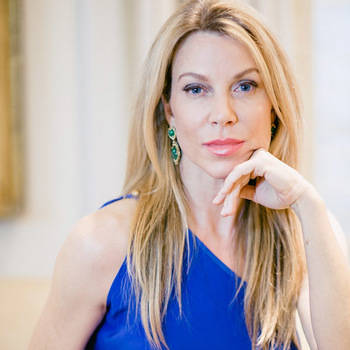 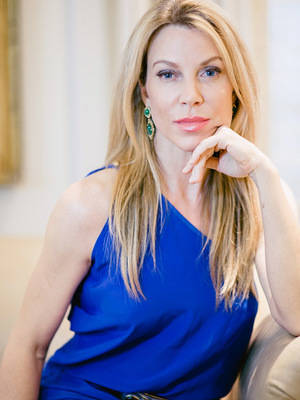 Hollis Wilder grew up in a home that was always filled with the aroma of fresh baked goods wafting through the air and out to the garden, where she put on grand theatrical plays with childhood friends.Her parents frequently hosted cocktail and dinner parties for glamorous guests ...entertaining them with sweet and savory delights, fresh flowers from the garden, and Sinatra on the turntable, of course!

It was from this auspicious beginning that she learned how to entertain, and eventually her epicurean interests took her to Europe. Through travel and taste, she taught herself various cuisines, and returned to America with a plan to introduce an uncommon approach to cooking and catering to the masses! Little did she know she'd eventually bake her mark on Hollywood.

Hollis' career as a chef took off when Max Mutchnick (the creator and producer of Will and Grace, as well as other major television shows) "discovered" Hollis. It was with his encouragement and connections that a star was born. She began cooking for the biggest television shows and celebrities in Hollywood. Her client list read like an invitation to the Oscars with names such as Demi Moore, Tom Cruise, Nicole Kidman, Arnold Schwarzenegger, Annette Benning, Bruce Willis, Warren Beatty, Jay Leno,
The Rolling Stones and even Mikhail Gorbachev!

In 2004, she moved to Winter Park and opened Sweet By Holly in July of 2008. By putting those simple flavors of childhood into her cupcakes, she put Sweet! By Holly on the map as a dessert destination. In 2011, she opened her second location in Jacksonville, Florida. Both stores offer 30 flavors of gourmet cupcakes baked from scratch daily, along with 12 flavors of self-serve frozen yogurt and 48 toppings. Both also have delivery in the metro areas via a refrigerated cupcake truck.

Her career took another turn when The Food Network approached her to be a contestant in Cupcake Wars, where she was crowned the winner twice. Soon after that, she was chosen for the filming of Cupcake Confidential on their sister station, The Cooking Channel.

Wilder has a book deal in place with Stewart, Tabori and Chang, an imprint of Abrams Books in NYC to write a cookbook that will include 100 savory recipes, all to be prepared in the classic American cupcake pan. Due to be released in 2013, this cookbook hopes to change the way people perceive the cupcake pan, and its infinite possibilities of "living life in portions."

A force to be reckoned with, she also travels and delivers motivational talks to colleges and companies about empowerment, success and personal growth. Her presentation: "Miss Holly's Baker's Dozen : Messages To Inspire and Surprise", take her audience on her personal journey through Hollywood, television, authoring a book, and starting her business from the ground up. These thirteen simple rules for sweet success can be applied to anybody's lives. Drawing from her own life's lessons, she hopes her own story will serve as a platform of knowledge attendees can find insightful as they navigate their own journeys. For more information about booking Miss Holly, please email feedback@sweetbyholly.com.

A naturally engaging and and compelling presenter, Miss Holly is also available to host and moderate panels, cooking demonstrations, conferences, and other group and extended offerings.