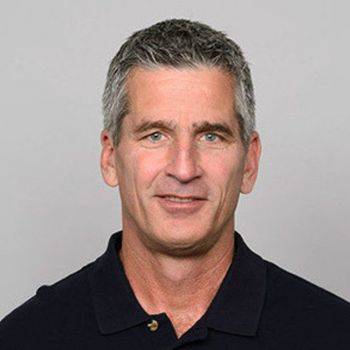 In churches large and small, in corporate meetings filled with business people thirsty for motivation, Frank Reich feels right at home at the pulpit, on the dais.

For the Chargers’ first-year quarterbacks coach, it’s all about the teaching moments. His father bypassed an NFL career to teach and coach in Lebanon, Pa. His mother was a teacher. His brother is a football coach.

After a 14-year NFL career at quarterback, Reich, while also coaching, began to travel the country as a motivational speaker, attended seminary to earn a Master of Divinity and was pastor of a Presbyterian church in Charlotte, N.C.

“I feel like I was groomed to be a teacher,” Reich said after a Chargers practice this week as the team prepared for today’s wild-card playoff game in Cincinnati. “I grew up in a home with models of two of the best teachers you can imagine.

“The art of teaching is very important, and that’s what coaching is … the art of teaching. You’ve got to master the subject and also have to be the master of people working with you. You have to understand people.”

This season, Reich’s top pupil, Philip Rivers, is getting some of the best grades of his life, and while the eight-year starter deserves much of the credit for his own resurgence, he’s had a supportive and diligent tutor working closely with him behind the scenes.

“The attention to details,” Chargers head coach Mike McCoy said of Reich’s work, “the way he prepares, being a former quarterback, the fundamentals, the basics of playing the game, the progressions, all the little details of doing it right every snap. He deserves a lot of credit for the way Philip’s played.”

In his first seven seasons as a starter, Rivers was directly coached by John Ramsdell, a former running back who never played in the NFL. In hiring Reich, who came with offensive coordinator Ken Whisenhunt from Arizona, the Bolts got a man who suited up for four consecutive Super Bowls from 1991-94 with Buffalo, where he served mostly as Jim Kelly’s backup in an up-tempo offense similar to what the Chargers now run.

The game for which Reich is most remembered was leading the Bills to a 38-3 second-half surge to beat the Houston Oilers 41-38 in the NFL’s still-greatest comeback.

Reich, 52, spent four seasons in Indianapolis as a coach working with Peyton Manning and his receivers and last year was the wideouts coach for the Cardinals.

He was thrilled to be hired in San Diego to work with Rivers.

“The kind of player he is, the kind of leader he is, it’s very rewarding,” Reich said. “It’s all about what we do to get better. You love working with guys who want to be coached. I feel like I probably got the better end of the deal. He’s taught me a lot. He’s a protection savant.”

Reich said he made it clear to Rivers from the beginning that he didn’t want to drastically change the approach.

“I think at one level there was an instant connection,” Reich said. “And then you earn it over time.”

Said Rivers, “For me, it’s just his steadiness week in and week out. His demeanor is very calm yet very fired up at the same time. … It’s been real positive.”

Backup Charlie Whitehurst chuckled when he recounted how Reich keys on certain approaches every week and doesn’t mind repeating homespun phrases. “One shovel at a time can move mountains — that’s one of them,” Whitehurst said.

“I don’t think I’m robotic, but I think discipline is extremely important,” Reich said in a tone of strong conviction. “To play this game well, you have to be good at certain fundamentals. There are small degrees that end up making a difference.
“You can’t explain it if you’re watching it from the outside. But I know from deep in the pit of everything I believe in with football that discipline matters.”

Not even Rivers could articulate what that means to him from play to play, but the results say the lessons must have sunk in.

For more information on how to book Frnak Reich foe your next event, visit premierespeakers.com/frank_reich

Want Frank Reich for your next event?

Written by Tod Leonard In churches large and small, in corporate meetings filled with business people thirsty for motivation, Frank Reich feels right at home at the pulpit, on the dais. For the Chargers' first-year quarterbacks coach, it's all about the teaching moments. His father bypassed an NFL career to teach and coach in Lebanon, Pa. His ...
Read More