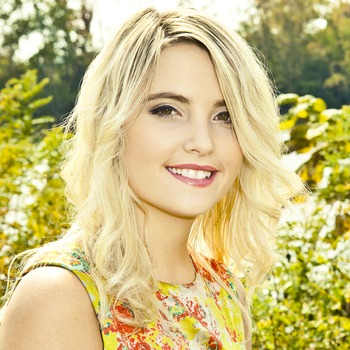 A survivor of child sexual abuse is working to pass a law requiring abuse prevention classes in all public schools. Studies reveal 1 in 4 girls and 1 in 6 boys are sexually abused before the age of 18. Erin's Law, named after Erin Merryn, has passed in 36 states and is pending in the other 14.

CBS News' Reena Ninan visited a public school in Illinois to see how the school teaches kids about safe and unsafe touches.

"I think you shouldn't be afraid to talk about this to kids, what sexual abuse is and how to stop it and where to look out for it," one fourth grader told Ninan.

"A lot of times it goes unreported because people are scared," another child said.

Just before sitting down with us, these students were taught a 50-minute child safety class, where they learned about how to prevent, recognize and respond to bullying, emotional and sexual abuse.

"What is it that you think will stay with you after you leave the classroom?" Ninan asked the group of children.

"If someone tries to touch you in a place that you don't feel comfortable in, then come tell me," one child said.

"You should tell an adult," another one said. "And don't be afraid to speak up."

The program in Waukegan, Illinois, is part of a statewide mandate requiring students be taught personal body safety. It's known as Erin's Law and is currently in place in 36 states. Getting the law passed in the 14 remaining states, including New York, is Erin Merryn's mission.

"I will come back until this law is passed," she said. Her campaign has the support of actress Julianna Margulies.

"I was once that 6-year-old that woke up at the overnight at my best friend's house to her uncle sexually abusing me, telling me to keep it a secret," Merryn said. "And so I didn't tell. I was frightened, I was terrified."

"She woke me up to a real epidemic," Marguiles said. "I was never sexually abused as a child. And I just... she kinda bowled me over."

Over 20% of adult females and 5% to 10% of adult males recall a childhood sexual assault or sexual abuse incident and report it.

"I think there's so much shame attached to it and it's this old ridiculous adage of 'What were you wearing? Maybe you were asked to be raped'," Marguiles said. "That kind of attitude toward the fact that we might be physically the weaker sex, and children are physically, boys and girls, weaker than adults, that doesn't mean anyone has the privilege to abuse that."

Ninan asked Merryn what she says to parents who believe it should be their own decision of when and where they talk to their children about sexual abuse.

"I try to explain to parents this is personal body safety," Merryn said. "This is teaching the kids the difference between safe and unsafe touch, safe and unsafe secrets. Who are five safe adults you can go to if something is happening to you?"

"It's a self-defense class," Marguiles said.

"What keeps me going is another story of another child disclosing that they have been abused immediately they have been taught Erin's Law," Merryn said.

That was the case with Lisa Jessie's daughter. At the age of 10, she came home and told her mother that her biological father had touched her inappropriately. Jessie believes Erin's Law helped her daughter come forward. The father is now in prison for the next 11 years.

"It's such a good thing for the kids to be comfortable because it gives them control," Jessie said, speaking of Erin's Law.

"How many of you feel other schools should have a course like this?" Ninan asked the group of six children.

All of them raised their hands. "Without a doubt," one said.

Want Erin Merryn for your next event?

September 04, 2015
It happens over and over again: story after story of childhood sexual abuse continues to ...
Read more

A survivor of child sexual abuse is working to pass a law requiring abuse prevention classes in all public schools. Studies reveal 1 in 4 girls and 1 in 6 boys are sexually abused before the age of 18. Erin's Law, named after Erin Merryn, has passed in 36 states and is pending in the other 14. CBS News' Reena Ninan visited a public school...
Read More

It happens over and over again: story after story of childhood sexual abuse continues to makes its way into the spotlight of national media. As disheartening and tragic as this kind of news may be, there isin fact, good happening in the world because of it:a nation-wide conversation about childhood sexual abuse prevention. This is one of the m...
Read More