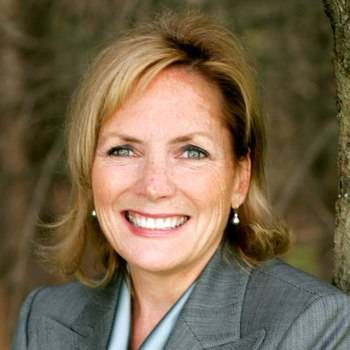 The Wisdom of a Pediatrician. The Heart of a Mother

But let me tell you what you’re allowing to happen to them when the phones go to school with them. I know this because they tell me all the time.

One: They have a very hard time keeping on task at school. Whether kids are 10 or 18, concentrating on boring schoolwork is tough, even if your child doesn’t have ADD. Phones tempt them to text one another in class, peek on Facebook, look things up on Google and even cheat on their work. So when the phone’s in the pocket, half of their mind really isn’t there.

Two: You give creepy people full access to your son or daughter. Yup. You think that your kids reach out only to kids they know but the reality is, thousands upon thousands of people, many of whom have awful intentions can access your son or daughter and see what they’re doing. Sorry, school internet filters aren’t always good enough so don’t take security in those. So ask yourself, do you really want some creepy guy to have access to your daughter’s private world? If you don’t believe me, take a trip to your local police office and ask one of them.

Three: You’re breaking a strong command that God issued us. “Lead us not into temptation” is part of the Lord’s Prayer because God knew we needed help. Christ didn’t say, “it would be really nice if you helped us avoid being tempted, God” he said “Lead us not to that place.” So let me ask you, when you send the cell phone to school, aren’t you directly leading your son or daughter into temptation? He will be distracted from his/her work, tempted to gossip online or look at tawdry things for starters. Be honest. Is that what you really want to do?

Four: You show disrespect to your child’s teacher. By letting your daughter bring her phone, you are allowing her to turn her attention from her studies onto her phone. This is outright rude to her teachers. How would you like it if you prepared lessons, got to work early to get ready for your students, stood in front of the class and gave lessons and a student pulled out her phone and tuned you out? I hope that you would be offended and hurt. That’s how many teachers feel.

Five: You increase your child’s frustration level tenfold. When a child is 10, 15 or 18, he is cognitively immature. He is not able to reason in an abstract fashion. In other words, he has difficulty believing that if he fails in school this year, he will have limited options later in life. And, he has real difficulty disciplining his mind to attend to matters at hand. While he’s in school, he tries to discipline his mind to focus on his studies and achieve something bigger for himself but since he lacks full mental maturity to do so, he gets very frustrated. Then, he feels like a failure because he can’t make his body and mind do what he really wants them to do. He relies on you, the adult, to help him do this. The best way for you to help is to do the adult thinking for him and make a path to success clear for him. This means, limit things (his cell phone) in his path which sabotage his efforts to succeed.

Six: You encourage him to bend to peer pressure. Kids want cell phones because their friends have them. Period. When you give in to letting her have one at school, you’re saying “Peer pressure’s Ok. It’s good to be just like everyone else.” But what happens when the friends that you’ve encouraged her to be like decide to get drunk on weekends? How in the world are you going to be able to say she shouldn’t? You’ve just taught her to be just like them.

Seven: You encourage your son to live in a world that is private from the family. Cell phones and computers allow our kids to live in worlds we can’t see. This is not only dangerous for them, it drives a wedge between us and them. By giving them more frequent access to this private world, we sanction them living in it. This brings nothing healthy to our relationship with them. When we should be working to make our relationships with our kids stronger, we actually weaken them by encouraging them to live secretly from us.

These seven reasons are just for starters but you get my point. Cell phones going to school with your child or teenager bring nothing but trouble so take a tough stand. I promise, one day (but not soon) your son or daughter will thank you with all their heart. And so will their teachers.

Want Meg Meeker for your next event?

May 22, 2017
1. Know how to encourage your son.One fault is babying and spoiling him. But another is being so harsh that you lose ...
Read more

Dads: Six Essential Love--"Dos and Don'ts" for Your Daughter

May 21, 2017
Men love differently than women. That's why you scratch your head in confusion when your ...
Read more

Ask Dr. Meg: Why Children (of all ages) Need Grandparents

May 19, 2017
Dear Dr. Meg, As a grandmother, is it beneficial to stay involved with your grandchildren? I ...
Read more

1. Know how to encourage your son.One fault is babying and spoiling him. But another is being so harsh that you lose communication with your son and destroy his sense of self-worth. We'll look at how to strike the right balance. 2. Understand what your boys need.Guess what? It's not another computer game; it's you. We'll look at how t...
Read More

Dads: Six Essential Love--"Dos and Don'ts" for Your Daughter

Men love differently than women. That's why you scratch your head in confusion when your daughter or wife cries and insists that you don't understand. They want you to know what they want, like, and need, without ever telling you. You, on the other and, love deeply but differently. Attention and Adoration As you work on your relationsh...
Read More

Ask Dr. Meg: Why Children (of all ages) Need Grandparents

Dear Dr. Meg, As a grandmother, is it beneficial to stay involved with your grandchildren? I love them and we love to be together, but is there an age where they will break away? Also, have you written much about grandparents' roles? Sincerely, Loving Grandmother Dear Loving Grandmother, Yes, it is very important for chi...
Read More

Fixing the Damage Done From Yelling at Your Kids

Let's face it. We're all guilty of saying things to our kids that we'd give anything to take back. And worse, many of us have yelled nasty things too. So is there anything we can do to make up for hurting our kids this way? Yes. Let's take a look at how to make amends. Own the Guilt. One of the hardest things for a parent to do is admit to ...
Read More